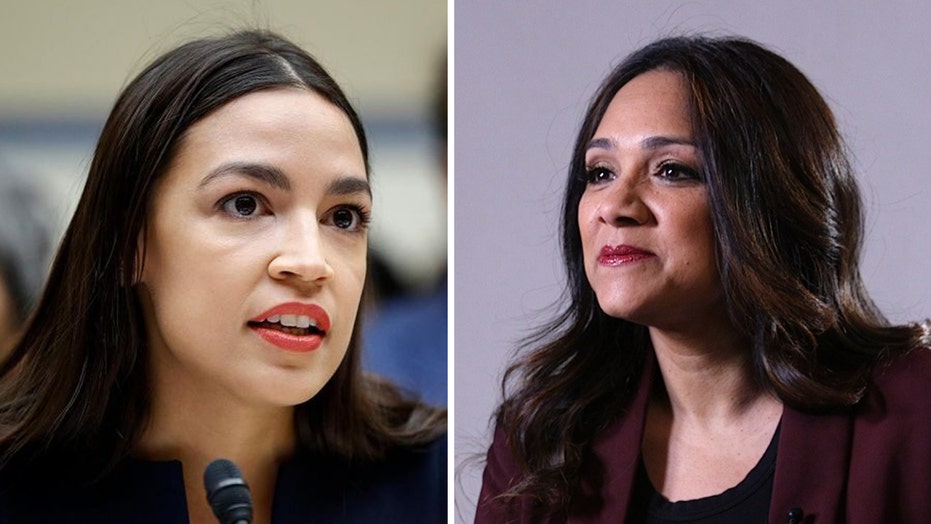 Rep. Alexandria Ocasio-Cortez's, D-N.Y., polarizing persona has earned her a long list of challengers, both Republican and Democrat, hoping to take her seat in November's election. One of those competitors, Badrun Khan, says that AOC is more focused on gaining fame and popularity than helping those in the communities she represents, and blames the Democratic Socialists for 'dividing' the Democratic party.

Rep. Alexandria Ocasio-Cortez, D-N.Y., would do well to prepare to see her House seat vanish after this year's redistricting over to her targeting of "established Democrats" with funds from her Courage to Change PAC, according to a New York Post editorial.

The editorial, which ran on Sunday, said the freshman representative has been in "hot water" with some in the party for "refusing to pay dues to her caucus' fundraising arm, the Democratic Congressional Campaign Committee" and instead devotes resources to "defeating Democrats."

Ocasio-Cortez, 30, launched her own political action committee with the hopes of supporting some challengers "who refuse to bow to establishment pressure."

"Don’t be surprised when the established Democrats who’ll control redistricting after the 2020 Census do their best to eliminate her seat," the editorial stated.

NPR reported that her Courage to Change mission statement is to “reward challengers and incumbents who display political courage — people who refuse to bow to establishment pressure, who advocate ferociously for working-class families, and who have lived the same struggles as the people they seek to represent."