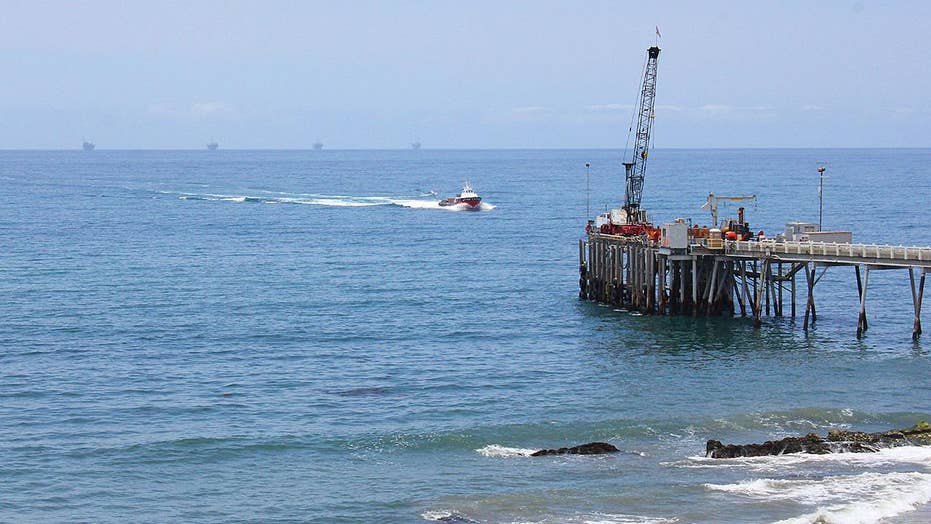 Trump administration plans to open both coasts to drilling and exploration.

Overturning 33 years of energy policy, the Trump administration on  Thursday proposed opening as much as 90 percent of the U.S. coast to oil and gas development.

The move, praised by some experts as a potential avenue to expanded energy opportunities, also inspired criticism from some Democratic governors as well as environmentalists.

"This is a dramatic departure from previous policy," said Karen Harbert of the Global Energy Institute. "Currently, 94 percent of our offshore resources are off-limits. This is an opportunity to open up more of those areas to supply growing demand."

In unveiling the administration's five-year blueprint, Interior Secretary Ryan Zinke said the U.S. can be a reliable, clean and safe supplier for growing worldwide oil demand.

The Trump Administration announces plans to open nearly all U.S. waters to drilling, what does it mean for the Arctic, and what are critics saying?

Trump's plan takes a wrecking ball to President Obama's environmental legacy. In June 2010, after the Deepwater Horizon spill off Louisiana, Obama rescinded his own plan to open the eastern Gulf of Mexico and parts of the Atlantic Ocean to drilling.

How will Trump's offshore drilling plan impact the economy?

Currently, the U.S. produces about 15 percent of its oil offshore, mostly from the Gulf of Mexico. The Trump plan opens up 47 new areas for leasing: 19 off Alaska, 12 in the Gulf of Mexico, seven in California and nine in the Atlantic. Each leasing block represents thousands of acres where, if approved, companies can explore and potentially drill for oil and natural gas.

However, overcoming opposition on both coasts will be difficult. Almost any new drilling proposal faces political and legal hurdles. Offshore exploration is especially risky and expensive because of the threat to tourism and wildlife. Those issues may force some companies to go overseas or drill on land.

"Offshore drilling is inherently dirty," says John Fleming, staff scientist at the Arizona-based Center for Biological Diversity. "It's inevitable that there will be an oil spill."

The leasing block most observers believe could be easily pried loose for development is in the eastern Gulf of Mexico, west of Florida and south of Louisiana. Florida Gov. Rick Scott has reportedly called President Trump to discuss his concerns.

The governors of three Western states, all Democrats, voiced their opposition to the plan on Thursday.

"We are united in our opposition to this move by the President," said Oregon Gov. Kate Brown. "I am appalled that our President would move contrary to Oregon values, frankly contrary to West Coast values and frankly these moves would be damaging to our coastal economies."

Not everyone sees it that way. Oil and gas production in 16 states produced roughly $270 billion in 2013, of which state governments took home $30 billion in taxes, or roughly 10 percent of the production value.

Experts say that due to the long moratorium on outer continental shelf drilling, no one really knows how much oil there is and how expensive it is to produce. Generally, the drillers' axiom is the shallower the rig, the cheaper the oil. That's especially true in the Gulf of Mexico, where existing infrastructure makes transportation relatively cheap. While the U.S. is not considered a 'low cost' producer like Saudi Arabia or Iran, competition from American shale drillers have kept world oil prices relatively low.

Many say the U.S., with the most advanced seismic mapping available, could discover large new offshore oil deposits if given the chance.