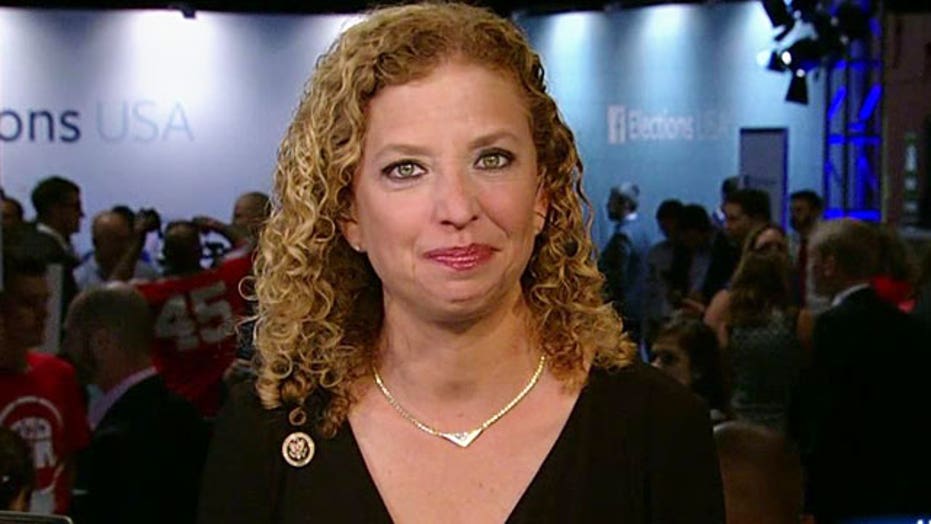 The Democratic National Committee reportedly failed this weekend to pass a resolution supporting President Obama’s Iran nuclear deal, with Congress set to vote on the issue as early as next week.

Florida Rep. Debbie Wasserman Schultz, the committee chairwoman, prevented the resolution from being considered at the group’s summer meeting this weekend in Minneapolis, sources told The Washington Post, which first reported the story.

Obama and his White House team have worked diligently to get enough Capitol Hill votes for the resolution to pass, amid strong opposition from the Republican-controlled House and Senate.

Vice President Biden, in fact, spoke with DNC members on a conference call Wednesday to help garner support. And the group failing to pass such a resolution is largely being considered at setback for what would likely become Obama’s signature foreign policy victory.

Some congressional Democrats who are Jewish also oppose the deal, fearing it will put Israel at greater risk of attack by neighbor and bitter rival Iran. Among them is New York Sen. Chuck Schumer, who is expected to become the next Senate Democratic leader.

If the deal is approved, the United States and five other world powers would lift billions of dollars in crippling economic sanctions on Iran in exchange for the rogue nation curtailing its nuclear-development program.

The House and Senate are expected to have enough votes to pass a resolution of disapproval for the deal. However, Obama will almost assuredly veto the resolution, and neither chamber is projected to have the two-thirds majority needed to override the presidential veto.

The Post reports two conflicting arguments about why perhaps members didn’t vote on the resolution -- that procedural issues prevented a vote or it was thwarted by Wasserman Schultz, who is Jewish and whose south Florida district has many Jewish voters.

No such proposal was drafted in advance of the meeting, and the one presented failed to qualify as an emergency procedure, The Post reported, according to sources.

Still, at least 160 committee members signed an alternative “Special Letter to the President" in which they pledged their support for Obama's leadership in the negotiations and agreed that placing strict limits on Iran's nuclear program is “an important victory for diplomacy.”

The letter was prepared by James Zogby, the co-chairman of the group's Resolutions Committee.

Zogby and Christine Pelosi, chairwoman of the California Democratic Party Women’s Caucus, made a blog post Saturday on the Huffington Post website in which they listed the names of those who have so far signed the letter.

Wasserman Schultz, who has not said whether she will vote in favor of the Iran agreement, was not listed among those who signed the letter.

If Wasserman Schultz indeed blocked the vote, this would not be the first time she has faced criticism about putting her political future ahead of the party’s.

As far back as 2012, Obama political advisers had purportedly taken steps to replace Wasserman Schultz as chairwoman, and her relationship with the White House has since been strained.