During a fundraiser in Washington D.C., liberal Democratic House candidate Alexandria Ocasio-Cortez called for all fossil fuel production to stop or else civilization has 12 years left to save the planet from catastrophe.

Democratic Socialist Alexandria Ocasio-Cortez on Friday called for the immediate all-out mobilization of American industry to combat climate change, saying the "direct existential threat" it poses to the world is similar to the danger posed by Nazi Germany during World War II.

"So, when we talk about existential threats -- the last time we had a really major existential threat to this country was around World War II," Ocasio-Cortez, 29, told supporters at a town hall in College Point, a working-class neighborhood in Queens, New York. "And so we've been here before, and we have a blueprint of doing this before."

The insurgent socialist congressional candidate, who pulled off a surprise upset over longtime establishment politician Rep. Joe Crowley, D-N.Y., in the state's 14th Congressional District primary in May, was videotaped by an attendee's cellphone camera as she spoke off-the-cuff.

ANALYSIS: US CUTS CARBON EMISSIONS MORE THAN COUNTRIES THAT CRITICIZE TRUMP FOR PULLING OUT OF PARIS CLIMATE ACCORD

She continued: "What we did was that we chose to mobilize our entire economy and industrialized our entire economy, and we put hundreds of thousands, if not millions, of people to work in defending our shores and defending this country. We have to do the same thing in order to get us to 100 percent renewable energy, and that's just the truth of it. It may seem like really big, like really ambitious, or really radical -- as people love to say, but the fact of the matter is that we are dealing with a radical truth, and a radical reality. And the more we choose to ignore it, the worse we are doing by our children and grandchildren, and frankly by ourselves."

"We had a direct existential threat with another nation, this time it was Nazi Germany, and the Axes [sic], who explicitly made the United States as an enemy."

Ocasio-Cortez's call for sweeping domestic and international action comes as her national profile continues to rise. She has spent weeks this year campaigning with fellow socialist Sen. Bernie Sanders this year to advance far-left candidates, but on Thursday she refused to endorse his prospective candidacy in the 2020 presidential race -- underscoring her own potential White House ambitions.

SOCIALIST TORCHBEARERS FLAME OUT IN KEY RACES, DESPITE HIGH-PROFILE BACKING FROM SANDERS, OCASIO-CORTEZ

Her meteoric rise has seen several stumbles in recent weeks. In September, Ocasio-Cortez was caught flat-footed during an interview with CNN's Jake Tapper, in which she repeatedly struggled to articulate how she would pay for her $30 trillion 'Medicare for all' proposal, which critics called another example of her pie-in-the-sky rhetoric that would prove unworkable in reality.

She has also taken heat for banning the press from campaign events. Footage from Friday's town hall was caught on a cellphone camera and uploaded to the Internet. 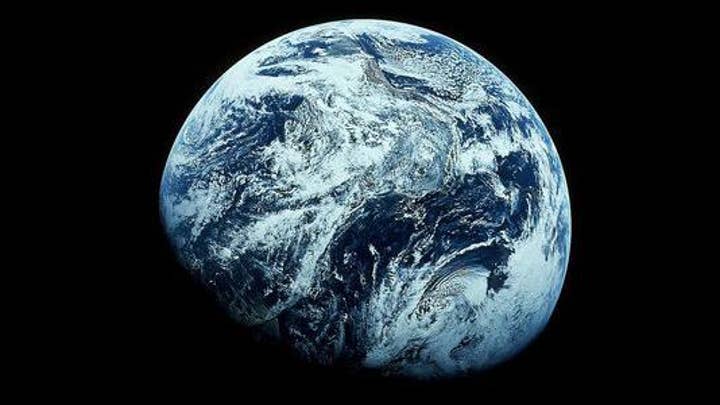 And in Kansas this summer, Ocasio-Cortez seemed to compare Democrats' current fight during the midterms to the struggle over slavery.

Still, her call for massive economic mobilization to confront climate change is not without precedent. In June, the Berkeley City Council declared what it called a "climate emergency" with more global significance than World War II, and in a formal resolution, demanded an immediate effort to "humanely stabilize population" and "reverse ecological overshoot."

OCASIO-CORTEZ BANS PRESS FROM COVERING TOWN HALL: WHY DID SHE DO IT?

The resolution, which also invoked the global conflict between the Axis and Allies, charges that Americans bear an "extraordinary responsibility to solve the crises" facing the environment. 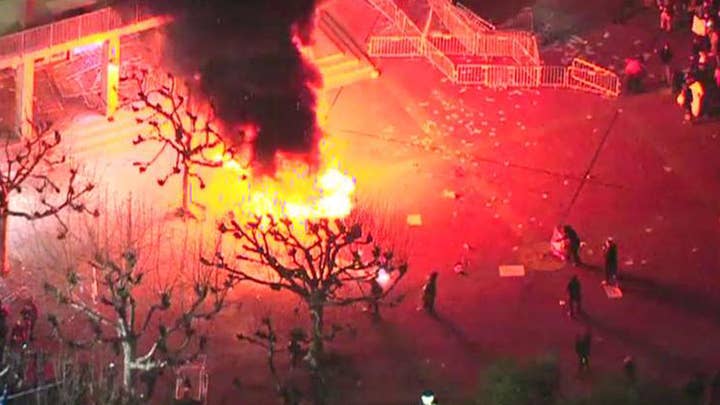 A similar effort is necessary today to confront an even greater threat, according to the document: "[W]e can rise to the challenge of the greatest crisis in history by organizing politically to catalyze a national and global climate emergency effort, employing local workers in a mobilization effort building and installing renewable energy infrastructure."

More than 60 million people died during World War II, according to most estimates -- a huge portion of the global population.

But according to the Berkeley City Council, another thinning of the herd might be needed.

The resolution notes that "reversing ecological overshoot and halting the sixth mass extinction requires an effort to preserve and restore half Earth’s biodiversity in interconnected wildlife corridors and to humanely stabilize population."