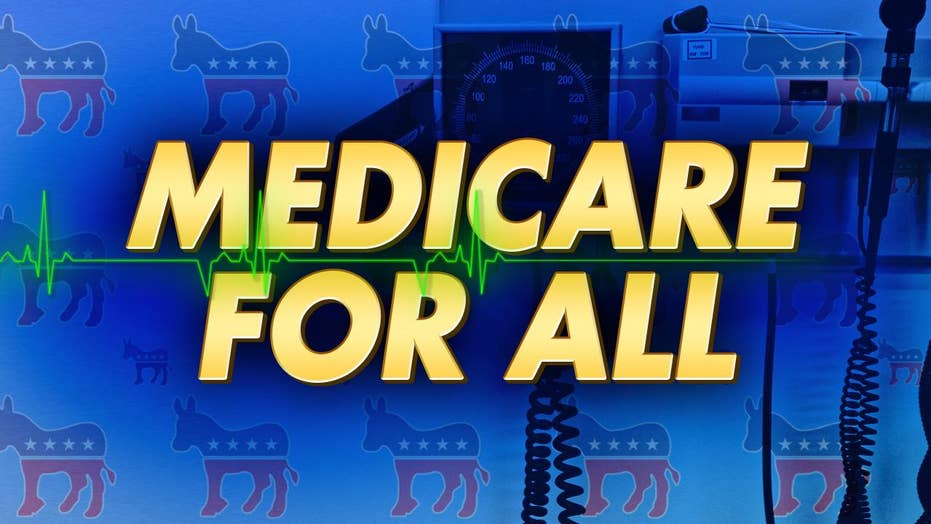 As more Democrats enter the 2020 presidential race, many of the candidates are embracing a progressive issue they think will get them votes: universal healthcare.

“If you look at national polls and you ask people the most important issue that you think faces us in this country, No. 1 is healthcare,” said Steffen Schmidt, a political science professor at Iowa State University.

The issue is controversial and voters seem split on whether they support it. A recent Fox News poll shows that among registered voters 47 percent favor a national health insurance program.

Still, some candidates are rallying behind Medicare-for-all and even making it a central theme of their campaign.

“I will always support the philosophy of Medicare for all,” Sen. Sherrod Brown of Ohio told a crowd of voters in Dubuque, Iowa recently. “One of the first things I’d do if I am the president is pass Medicare at 55 or 50.”

At least eight out of 11 of the declared candidates support Medicare for all.

HOW MUCH WOULD 'MEDICARE FOR ALL" COST? DEMOCRATS' HEALTH CARE PLAN EXPLAINED

"I think that Americans deserve universal healthcare. I think citizens of most developing countries already enjoy this and I think it's crazy to suggest that Americans shouldn't be able to enjoy that same right," said South Bend, Indiana Mayor Pete Buttigieg

More than 50 million people across the country are enrolled in Medicare, which provides health care for older Americans and persons with disabilities, costing an estimated $700 billion, according to data from Statista.

A George Mason University study puts the cost of ‘Medicare-for-all’ at more than $32 trillion over the course of the next decade. The anticipated cost is part of the reason why GOP leaders are against the idea.

Republicans said by embracing such a controversial topic, Democrats will hurt themselves.

“If Democrats want to force their incumbents in suburban districts to campaign for re-election on rationed care, abolishing people’s existing employer-provided health benefits in exchange for less medical coverage, reduced medical freedom and significant tax increases, we are happy to let them do so," said Wes Enos, chairman of the Polk County Republicans. "It will present a very clear contrast with the Republican message of lower taxes, job creation, economic prosperity and greater medical freedom.”

Not all Democrats running for president in the next election cycle agree with Medicare-for-all. Sen. Amy Klobuchar, D-Minn., believes in creating more options for consumers.

"What we would like to do is expand to have more options for people and I think that will bring prices down," she said. "And one way to do it is to expand Medicaid or Medicare."

In key early states like Iowa, healthcare is a big issue for some voters.

“That’s one of my biggest interests this election,” Tiffanie Hodges said at a campaigning event for Cory Booker in Des Moines, Iowa early February. “I think it’s really important.”

It’s unclear whether the issue will help or hurt the candidates.

"Medicare works fairly well," Schmidt said. "We just have to make sure that we don't allow the expenses of it to get greater than the income that's flowing in."