Democratic governors are sounding the alarm that the increasingly far-left positions taken by the party's 2020 presidential candidates are harming electoral chances of down-ballot candidates.

The warning comes as Democrats running for president have fully embraced numerous positions – including universal health care and decriminalization of illegal immigration – that would have put them on the fringes of the party during the last election cycle.

SOME DEMOCRATS ANGRY AT THE SQUAD WHILE BACKING THEM AGAINST TRUMP

“I think it scares people,” said New Mexico Gov. Michelle Lujan Grisham about the party's swing to the far left.

One of the most volatile issues likely to cost Democrats politically is the universal health care system that also ends private insurance.

While progressive activists have cheered Sens. Bernie Sanders and Elizabeth Warren for favoring the end of private insurance in addition to the single-payer health care system, governors told the Times that the position will only hand more ammunition to Republicans in a general election.

The simple fact, they say: Many voters are uneasy about losing their private insurance.

“I don’t think feeding into that is a good idea,” Gov. Gretchen Whitmer of Michigan told the newspaper. 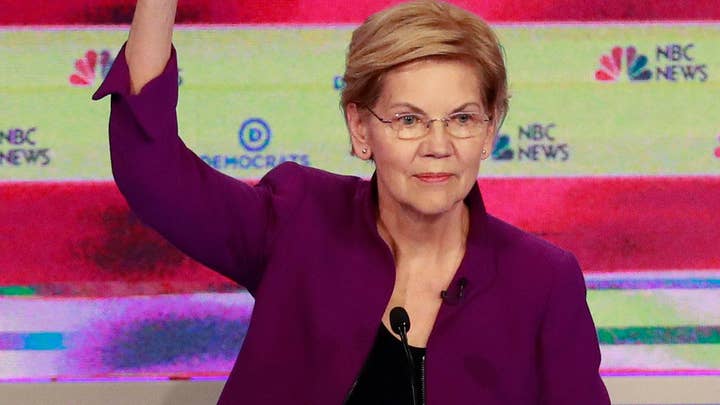 Democratic governors also criticize the increasing similarity between the candidates and the existence of progressive litmus tests as candidates try to remain competitive in the 2020 race.

“We cannot become the party of the checklist,” the Rhode Island governor said, encouraging the candidates to push back on attempts to make them commit to trendy stands. 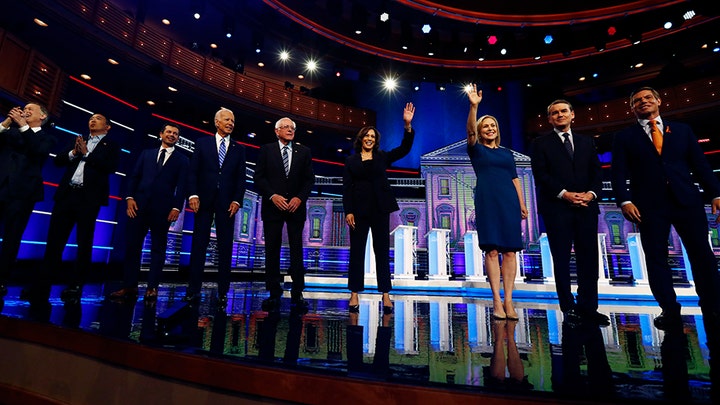 Among those litmus tests are issues such as climate change, leading to a number of 2020 Democrats signing up for the Green New Deal, the pet proposal of media favorite Rep. Alexandria Ocasio-Cortez, D-N.Y., that seeks a radical transformation of the economy to reach zero greenhouse-gas emissions.

Leading presidential candidate Joe Biden, meanwhile, has been facing criticism for not fully supporting universal health care and instead issuing a policy similar to ObamaCare, while initial reports of his climate change plan were met with fierce resistance among progressives for attempting to find a middle ground.