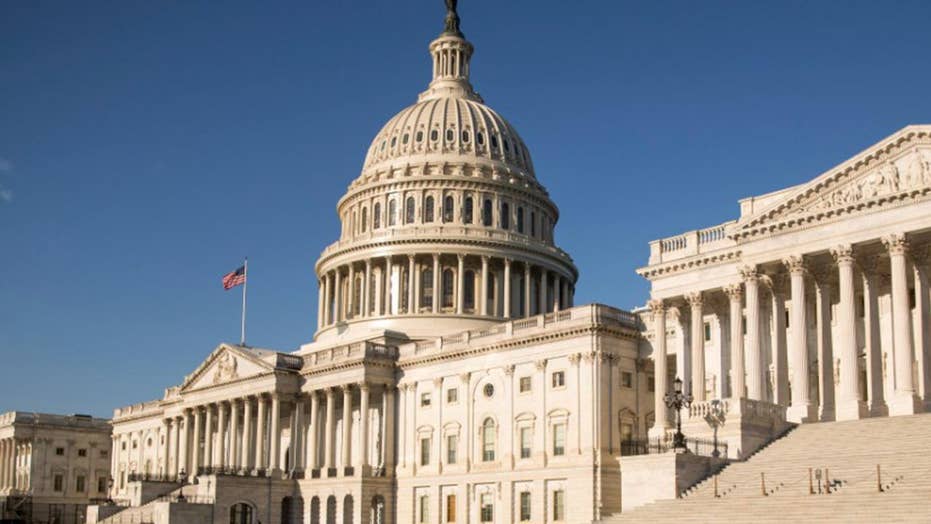 The House Democratic Steering and Policy Committee on Thursday voted to seat Rep. Kathleen Rice on a coveted committee over her New York colleague Rep. Alexandria Ocasio-Cortez in the latest example of House Democrats bucking the firebrand who represents the Bronx and Queens.

Ocasio-Cortez expressed disappointment Friday about the loss: "It's tough, always," she told pool reporters at the Capitol. "You always kind of shoot high and you don't always get what you want and that's, you know, I think totally understandable."

The Energy and Commerce Committee handles some of the most critical legislation in the House, from the environment to health care to nuclear facilities. Its site says that it "has the broadest jurisdiction of any authorizing committee in Congress."

In this Wednesday, April 10, 2019, file photo, Rep. Alexandria Ocasio-Cortez, D-N.Y., listens during a House Financial Services Committee hearing with leaders of major banks on Capitol Hill in Washington. Ocasio-Cortez Thursday lost a vote in the House Democratic Steering and Policy Committee to be a member of the House Energy and Commerce Committee. (AP Photo/Patrick Semansky, File) ((AP Photo/Patrick Semansky, File))

Rice's campaign celebrated the win, sending an email to supporters with a screenshot of a Politico headline: "Kathleen Rice beats out AOC for spot on coveted House committee."

"I wanted to share this great news with you: Rep. Kathleen Rice has been appointed to the House Energy and Commerce Committee!" the email said.

The defeat for Ocasio-Cortez comes after the high-profile lawmaker entering her second term made combative comments about Democratic leadership in Congress in an interview on "The Intercept" this week.

"I do think we need new leadership in the Democratic Party," Ocasio-Cortez, D-N.Y., said. She added that she is concerned about a power vacuum because Democratic leaders have not necessarily been grooming their successors. She also said that she herself is not ready to run for the job of House speaker.

Ocasio-Cortez is controversial within the Democratic caucus not just because of her far-left policies -- which have led to a very public feud with moderate Sen. Joe Manchin, D-W.Va. -- but because she has backed primary challenges against several of her colleagues.

"I'm taking into account who works against other members in primaries and who doesn't," Rep. Henry Cuellar, D-Texas, said on the Thursday call about assignments to the Energy and Commerce Committee, according to Politico.

Ocasio-Cortez backed Jessica Cisneros in her primary challenge to Cuellar earlier this year. Cisneros responded Thursday with her own broadside against Cuellar, posting a screenshot of a 2018 story on Cuellar fundraising for a Republican.

Ocasio-Cortez said Friday she was "disappointed" that her support of primary challengers like Cisneros and her push for "a better Democratic Party" were apparently factors in the vote. But she stands by her efforts to oust some of her colleagues from office.

"You know what, I don't regret supporting candidates like Jessica Cisneros," Ocasio-Cortez said. "I don't regret supporting and taking a bold stance to say 'we should be a party that pushes for women's rights. We should be a party that doesn't block one or two people out of Washington.' And so if I had to go back and make that decision I would make it 10 times over."

"It is an honor to announce the nomination of these outstanding Members to our exclusive committees for the 117th Congress," Pelosi said in a statement Thursday, announcing the results of the steering committee nominations. "House Democrats are united in our mission to Build Back Better, and with these strong voices at the table, we will deliver on that sacred promise to make a real difference for all Americans."

The nominations are not yet final and will need to go to the full Democratic Caucus, but they are expected to be approved.