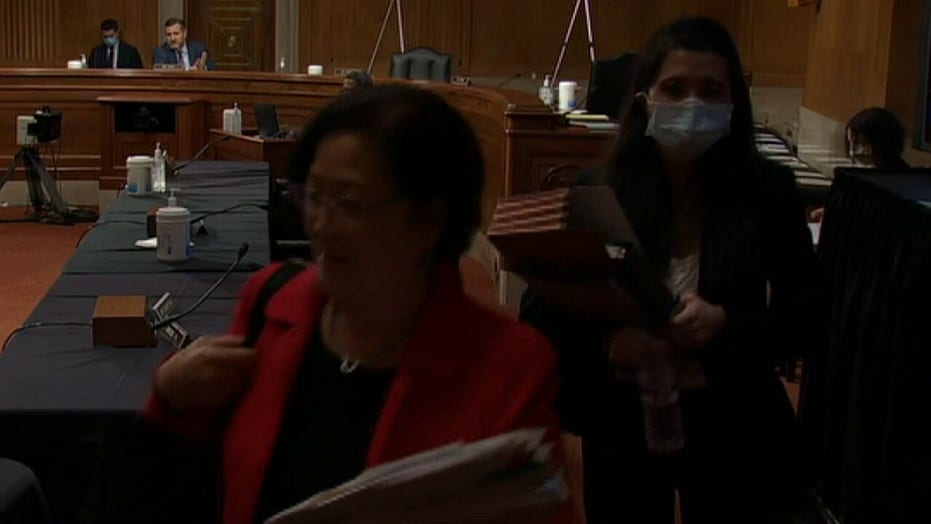 Tensions flared at a Senate hearing on Antifa when a top Democrat walked out of the room declaring she couldn't sit through Sen. Ted Cruz's rhetorical speeches any longer.

The dustup occurred when Cruz, R-Texas, blasted Democrats for not condemning Antifa more directly for the violence and destruction that has taken hold in certain U.S. cities in the wake of George Floyd's death in Minneapolis.

But Sen. Mazie Hirono, D-Hawaii, said Cruz just wasn't listening during the more than three-hour hearing when Democrats said violence is not acceptable. 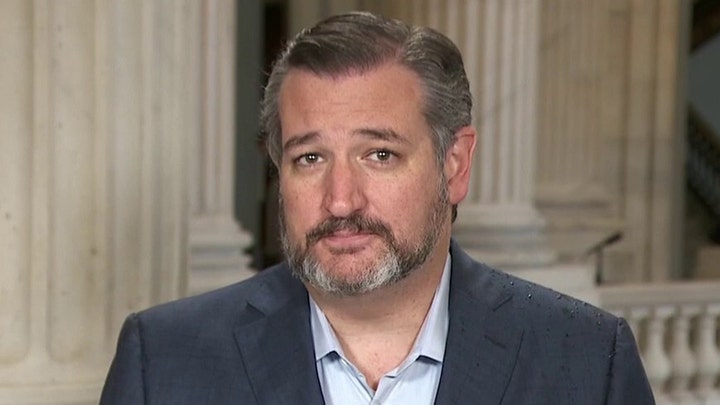 "Sometimes I don't think you listen," Hirono told Cruz at the Senate Judiciary subcommittee hearing as he finished up with a nearly 10-minute speech.  "So, how many times have I had to say that we all should be denouncing violent extremists of every stripe."

"Does that include Antifa?" said Cruz, who was chairing the hearing.

"I have the time," Hirono shot back.

"...I hope this is the end of this hearing, Mr. Chairman, and that we don't have to listen to any more of your rhetorical speeches," Hirono concluded.  "Thank you very much. I'm leaving."

CRUZ, AHEAD OF ANTIFA HEARING, DESCRIBES RIOTS IN US CITIES AS ‘ORGANIZED TERROR ATTACKS’

Hirono then packed up to leave the hearing before Cruz adjourned it.

"Well I appreciate the, as always, kind of uplifting words of Senator Hirono," Cruz said. "And I would also note that throughout her remarks she still did not say a negative word about Antifa nor has any Democrat here."

He urged her again to denounce the leftist extremist group. "You're welcome to say something negative about Antifa right now," Cruz said to his departing colleague.

CONDOLEEZZA RICE TAKES JAB AT LIBERALS FOR ASSUMING HOW BLACK PEOPLE SHOULD THINK: 'PROBLEM WITH THE LEFT'

"I think that I've covered the subject quite well," Hirono replied in barely audible remarks before exiting the room.

"Okay, she declined to speak, so that is the position of the Democratic Party," Cruz said.

TURLEY EXPLAINS HOW ANTIFA IS THE 'KEYSER SOZE' OF SOCIAL UNREST

Jonathan Turley, a lawyer who testified at the hearing on Antifa, tweeted about the remarkable exit.

"The hearing ended with Sen. Hirono walking out after confrontation with Sen. Cruz over Antifa," Turley said on Twitter. "In roughly 50 hearings, this was a first for me. I was not sure if I should turn off the lights when I left."

It was a tense ending to a hearing that kicked off Tuesday afternoon with Democrats and Republicans disagreeing on what the hearing should even be about.

The hearing Tuesday titled "The Right of the People Peaceably to Assemble: Protecting Speech by Stopping Anarchist Violence” revealed deep divisions in how Republicans and Democrats view the sustained protests that have gripped the nation since Floyd's death while in police custody.

Cruz focused on rioters and anti-government activists that have "hijacked" peaceful protests and unleashed harm and violence in certain cities, like Portland. He kicked off the hearing by playing a video contrasting the protests from Martin Luther King Jr., Mahatma Gandhi and the March for Life with the recent riots, the chaos it has caused, and the Democratic response to it.

"Their actions are profoundly racist," Cruz said. "The rioters .... destroy minority communities, minority businesses and minority lives across this country. This shouldn't be complicated: peaceful protests must be protected. Riots must be stopped."

Meanwhile, Democrats focused on the prevalence of white nationalist extremist groups and the federal government's sometimes aggressive tactics in places like Portland and Washington, D.C., in dispersing crowds that they view as largely peaceful.

Hirono played her own video at the start of the hearing video of what she says is violence against peaceful protesters and disproportionate force.

Hirono says Tuesday's hearing should instead be called: "The right of the people peaceably to assemble without being beaten up by unidentifiable federal agents."

"That would address an actual problem lawful protesters are facing and the rest of us are seeing in this country," Hirono said.