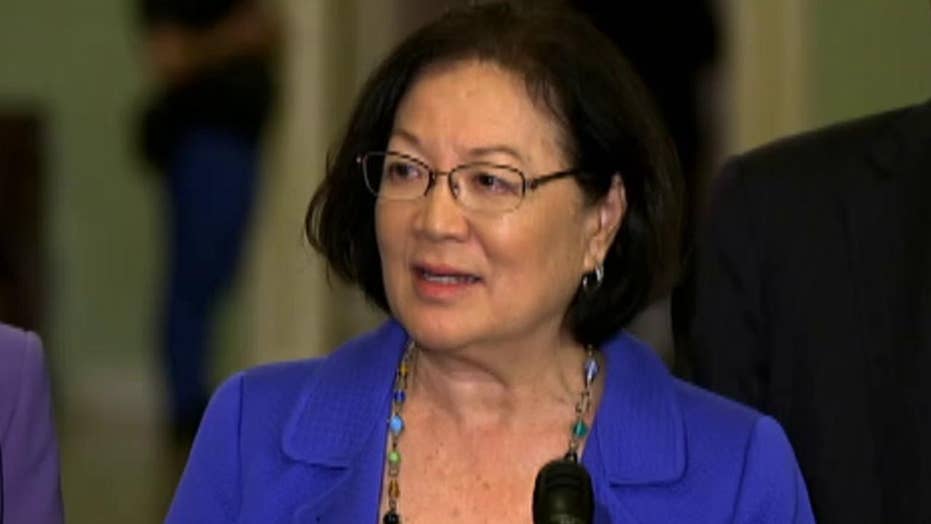 Sen. Mazie Hirono tells men to 'shut up and step up'

Democratic Sen. Mazie Hirono blasted “the men in this country,” blaming them for sexual assault and urged them to “just shut up and step up” amid allegations of misconduct against President Trump’s Supreme Court nominee Judge Brett Kavanaugh.

At a press conference Tuesday evening, the Hawaii Democrat made the sweeping generalization against “the men” in the U.S. for “perpetuating” sexual assault.

“I expect the men in this country and the men on this committee, because we all signed onto this letter, to demand an FBI investigation,” Hirono said, referring to a request that the FBI investigate the claims made by Kavanaugh’s accuser, Christine Blasey Ford. 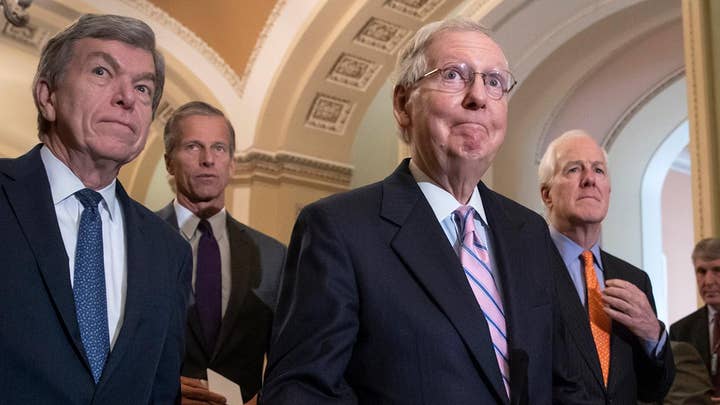 “Not only do women, like Dr. Ford, who bravely comes forward, need to be heard, but they need to be believed,” Hirono added. “We cannot continue the victimization and the smearing of someone like Dr. Ford.”

Ford’s identity was revealed in a Washington Post article published over the weekend, following an anonymous letter obtained by Sen. Dianne Feinstein, D-Calif., alleging sexual assault. The California-based professor said that Kavanaugh, 36 years ago while in high school, pinned her down, tried to remove her bathing suit and put his hand over her mouth when she attempted to scream. Ford alleged that she was in the room with Kavanaugh and another man, who has been identified as Mark Judge.

Both Kavanaugh and Judge denied the allegations. 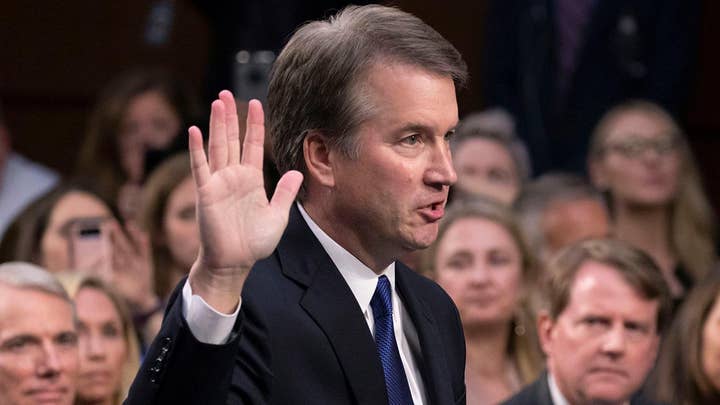 “This is a completely false allegation. I have never done anything like what the accuser describes—to her or to anyone,” Kavanaugh said in a statement Monday. “Because this never happened, I had no idea who was making the accusation until she identified herself [Sunday.]”

The Senate Judiciary Committee invited both Ford and Kavanaugh to testify in either a public or private setting over the allegations.

Kavanaugh said he was “willing” to speak to the committee “in any way” deemed appropriate to “refute this false allegation” and to defend his “integrity.”

Ford’s attorney Monday suggested she would be willing to testify before the committee under oath, but has yet to officially accept the invitation to appear before the panel.

Ford has said she doesn’t want to appear until after an FBI investigation takes place.

A highly-placed law enforcement source told Fox News on Wednesday that there will not be an FBI investigation into the allegations leveled at Kavanaugh.

The source told Fox News there cannot be a criminal investigation, because there is no crime alleged where the statute of limitations hasn't run. The source also said there are no allegations of a federal crime.

The FBI only handles background check investigations, the source said, and should they find information, they would pass it along.

"This is a political issue, not a law enforcement one," the source told Fox News.

The committee has already delayed Kavanaugh's confirmation vote, which was originally scheduled for Thursday. A hearing is now scheduled for Monday.

Senate Judiciary Committee Chairman Chuck Grassley, R-Iowa, said that the hearing to examine the allegations set for Monday could be canceled if Ford does not accept the committee's invitation. Grassley said that his office has reached out several times to Ford and her attorneys to discuss her allegations, but has not received a response.