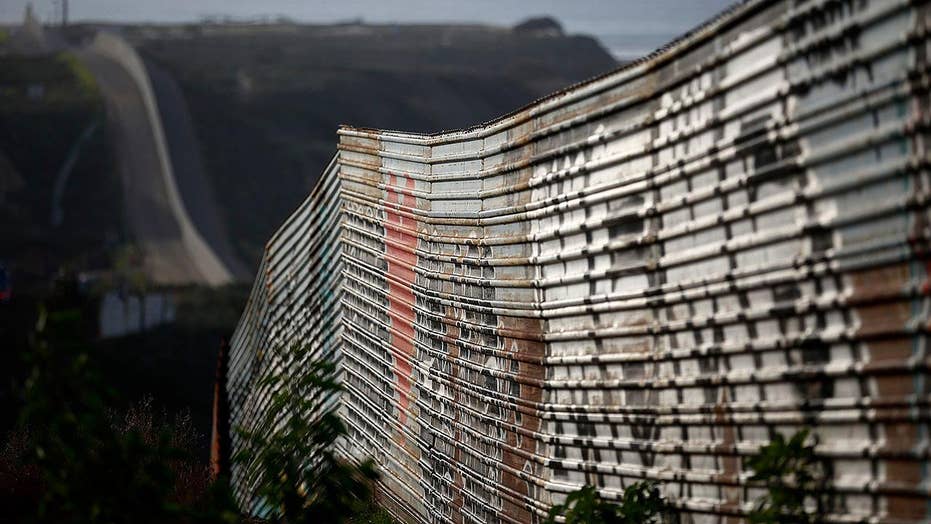 While top Democrats have not budged on their position, others on Capitol Hill working up a compromise; chief congressional correspondent Mike Emanuel reports.

Democratic Rep. Pramila Jayapal claimed on MSNBC Thursday that President Trump's real agenda is to make “America pure” by not having immigrants or “folks of color” in the country and shutting down all legal immigration.

Jayapal, D-Wash., made the comments on the 20th day of the partial government shutdown -- being fought over Trump’s demand for $5.7 billion in funding for a wall or barrier on the southern border.

As Democrats claim the security warnings about the border are "manufactured," Jayapal went much further when asked by MSNBC’s liberal host Chris Hayes whether the debate goes deeper than simple disagreements over a wall. Hayes, earlier in the show, also said sections of Trump's base want "an ethnically pure America" -- something the congresswoman echoed in her response.

"This has never been about a wall," Jayapal said. "He actually could have gotten funding a couple of years ago, or a year ago, for a wall. It was part of a deal that was proposed. Not all of us agreed with that deal, but it was proposed to him and he turned it down because his ultimate goal is, as you said, to make America pure in the sense of not having immigrants, not having folks of color here and shutting down every form of legal immigration, all to throw a bone to those people."

Hayes did not challenge Jayapal on the incendiary claim. Jayapal then cited her own background as an immigrant from India to brand Trump's plans as "deeply offensive."

“And I just have to say as an immigrant myself, it is so deeply offensive to see the harm that he's causing to people across the country, people who are terrified, who don't feel that they belong, the people who are seeking asylum who no longer can get in, even though it's legal to seek asylum, and not just at a legal port of entry,” she said.

"That's been the agenda of [adviser] Steve Miller. It is a long-time agenda of these white supremacists who are fueling him at the base. And that is what is so disturbing," she said.

Yet Trump on Friday made clear he continues to support legal immigration for skilled workers, saying changes are coming for temporary H1-B visas, which are for high-tech and other skilled workers.

"H1-B holders in the United States can rest assured that changes are soon coming which will bring both simplicity and certainty to your stay, including a potential path to citizenship. We want to encourage talented and highly skilled people to pursue career options in the U.S.," he tweeted.

Both Trump and Democrats have warned that the shutdown could last months. Trump has since warned that he is prepared to declare a national emergency so he can get extra powers to build the wall without congressional approval -- something that would face fierce resistance from Democrats.

While controversial, Trump has picked up some support in Congress. Sen. Lindsey Graham, R-S.C., said Thursday that “it is time for President Trump to use emergency powers to fund the construction of a border wall/barrier.”