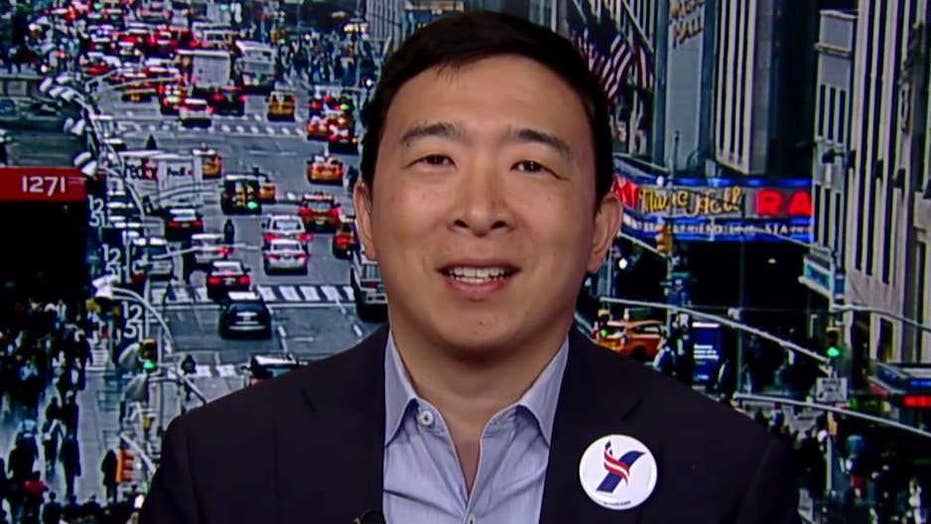 44-year-old Andrew Yang is campaigning on a universal basic income proposal that would give $1,000 a month to adult U.S. citizens.

Democratic presidential candidate Andrew Yang said Tuesday that recently released economic numbers do not reflect the situation that many Americans deal with every day.

"There have certainly been some rosy numbers that have come out recently, but they do not reflect the day-to-day situation of many Americans around the country," Yang said on "Special Report with Bret Baier."

The entrepreneur described the struggles that many Americans are facing daily and argued the numbers that President Trump is touting don't necessarily tell the entire story.

"And if you look at numbers that reflect financial health of most Americans, 78 percent of Americans say they are living paycheck to paycheck, 40 percent could not afford an unexpected $400 bill," Yang said. "And Donald Trump when he was running as a candidate talked how misleading the headline unemployment number is which does not reflect labor force participation at a multi-decade low, the same levels as Ecuador and Costa Rica. Or underemployment which is rampant. Almost 1 out of 2 graduates are in a job that does not require a degree."

The Trump administration has been touting recent economic numbers.

The recently published April jobs report showed that the American economy added 263,000 jobs last month while the unemployment rate fell to 3.6 percent, the lowest since 1969.

"There is a lot of population that is struggling in the economy that has been charged up somewhat by a tax cut -- most of which the benefits went to shareholders and stockholders instead of workers," Yang said.