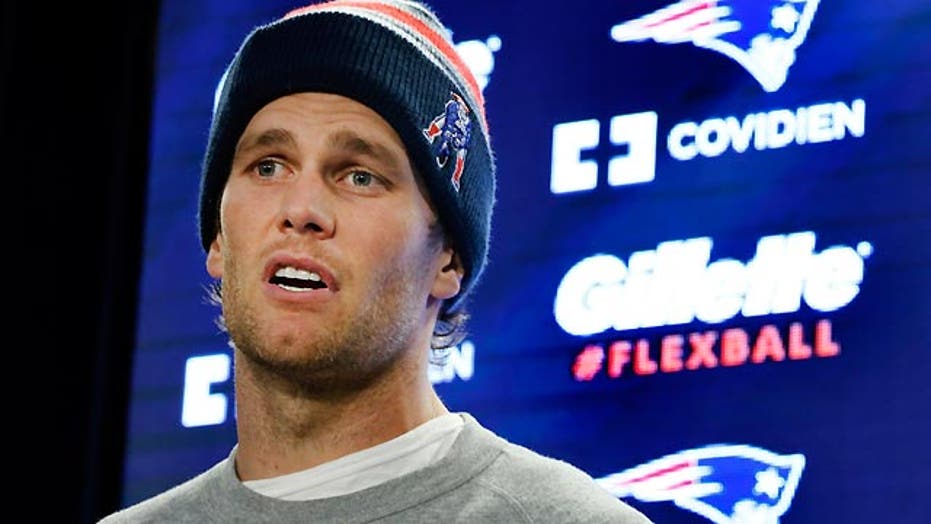 Patriots alleged cheating scandal another black eye for the NFL and distracting from the lead-up to the Super Bowl. #DeflateGate

The New England Patriots are accused of underinflating some footballs and many journalists are acting like a special prosecutor is going to be named any minute.

Quarterback Tom Brady held a news conference yesterday and the second question was: “Will you answer now, is Tom Brady a cheater?”

“I don’t believe so. I feel I always played by the rules,” he responded.

Now I’m not in favor of a team cheating its way into the Super Bowl. And I get why the story has gotten traction on the media playing field. But come on: not properly inflating a bunch of balls is not exactly Ray Rice’s elevator punch or the shame of steroids. Especially since the Patriots clobbered Indianapolis in that AFC Championship game.

Yet the coverage is unfolding exactly like that of a big-time political scandal. Breaking news updates. Pundits battling. Banners saying “Awaiting Brady News Conf.” A catchy nickname. All in the shadow of an imminent event—not an election but a Super Bowl.

In short, everyone’s invested in keeping the story line going, so they don’t have to debate the president’s tax plan or community college program. So they're pumping it up like a pigskin.

There’s one element that I believe is helping drive the narrative: Much of the sports media can’t stand Bill Belichick, the Patriots coach. He openly treats reporters with disdain. He’s become a symbol, fairly or unfairly, of sports arrogance and immorality.

At his presser yesterday, Belichick looked nervous, defensive, ticked off to be there, as if he were undergoing a root canal. When he got done with a halting monologue denying any knowledge of ball tampering, he gave one-sentence answers to a few questions and cut it off.

Every good scandal story needs a villain, and Belichick is it -- especially because he was fined $500,000 in the 2007 Spygate incident, where the Pats secretly videotaped the Jets’ defensive coaches’ signals.

A sample of the coverage:

Newsweek: “How do you solve a problem like Billghazi?... if the Patriots are guilty, NFL Commissioner Roger Goodell needs to ban New England coach Bill Belichick.”

Slate: “Bill Belichick, or at least his public image, is nothing if not just such a win-at-all-costs sociopath. Seemingly incapable of relating to other human beings outside of the context of the pursuit of his goals, as illustrated in his infamously taciturn press conferences, and someone who’s proven himself willing to push the envelope at any opportunity, he’s often compared to iconic fictional villains like Darth Vader.”

Let’s face it: The media aren’t giving up this pigskin controversy until you pry it from their cold, dead hands.