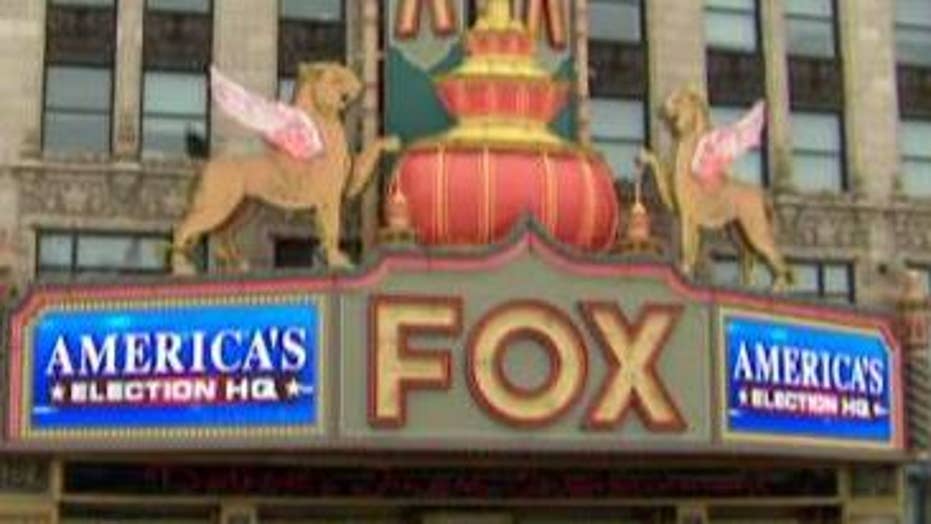 Brit Hume takes a journey back in time

DEBATE TO-DO LIST: GOP’S BULL MOOSE MOMENT
DETROIT – The Motor City had lots to celebrate in 1912. Henry Ford’s miraculous assembly line was just hitting its stride, the Dime Bank building had just opened at its jaw-dropping height of 23 stories, and Tiger Stadium was almost ready to host its first game.

But across the nation, the buzz was about politics and what would have seemed unthinkable just four years prior. The populist, progressive wing of the Republican Party and its charismatic, tough-talking leader Teddy Roosevelt was getting ready to bolt from the increasingly conservative and hidebound, traditional GOP President William Howard Taft.

You know where this is going…

It’s not exaggeration to say that 104 years later, Republicans are careening toward a similar crackup. But this time the roles are reversed. The populist progressive is taking over the party and the conservatives and traditionalists are the ones talking about leaving.

Who could’ve imagined just a year ago that 2012 GOP nominee, Mitt Romney, a party stalwart if ever there was one, would be on stage denouncing the Republican frontrunner and calling for a joint strike to block his ascension. Romney’s call for a coordinated, three-candidate effort to block the Rough Rider of 2016, Donald Trump, has no equal in modern political history.

It’s with that backdrop of Romney’s call to arms that the surviving candidates arrive here at the fabulous Fox Theater for a debate that will shape what may be the most consequential two weeks in GOP history of the last century. No kidding.

At the center of the stage will be Trump, who has thrilled his supporters with an audacious charge up the mount of the Republican Party. On either side of him will be the standard bearers of the traditional GOP: Sens. Ted Cruz and Marco Rubio will be prosecuting Trump from the point of view of the conservative movement that traces its roots all the way back to before the Roosevelt-Taft split. Also on stage will be Ohio Gov. John Kasich, the last scion of the broad, moderate establish from the last half century.

The stark, ideological and temperamental differences between Trump and the others on stage will be cast in their sharpest relief yet.

There’s no question that the probability remains high that Trump has succeeded enough and the rest of his party has failed enough that his nomination is inevitable. But, Romney’s call for a gang tackle on Trump is not exactly a longshot.

With Michigan’s primary on Tuesday and Kasich and Rubio’s home states up on March 15, there is still enough time for the party to reject Trump’s takeover bid. If the united front can deny Trump victories in those states, Trump’s path to locking up the nomination outright narrows dramatically. He might need to win as much as two thirds of the remaining delegates to win outright, which sounds farfetched. If he comes up short, then it would be on to Cleveland and a wild, contested convention in July.

A Republican riot, an unsettled American political landscape, massive economic change, large-scale immigration, and rapidly evolving social norms – this century seems to be starting a lot like the last one.

WITH YOUR SECOND CUP OF COFFEE…
Detroit is known as the car manufacturing hub of America, but Motor City made a big contribution to maritime vessels too, including the world’s first floating zip code. J.W. Wescott Co., established in 1847 by Detroit native John Ward Wescott, is a maritime reporting agency for ships coming in and out of the Great Lakes to inform ports when they were arriving, since their plans could change at a moments’ notice. Wescott invented the system to prevent ports from getting congested with last minute arrivals. Wescott described the early system: “A rope and bucket would be thrown over the sides of the visiting ship and he would place messages in the bucket, which was quickly hoisted back up—thus the phrase, ‘mail in the pail.’  Over the years, the business grew and services expanded. In 1948, J.W. Westcott became an official U.S. Postal Service mail boat, eventually earning the world’s first floating postal ZIP code—48222.”

DEBATE TO-DO LIST
Tonight’s Fox News debate at the, appropriately named, Fox Theater in Detroit presents the official beginning of a do-or-die moment for the Republican candidates. In wake of Super Tuesday’s non-shakeup results, tonight is a chance for each candidate to lay out his intentions for the next two crucial weeks, and set the tone for the party’s narrative moving forward.

Donald Trump - Be dignified. After Trump’s Tuesday victories, he summoned a new, more presidential persona: an introduction by a sitting governor, taking questions from the press and showing gracious respect toward one of his opponents.

In tonight’s debate, Trump’s main goal must be to not let his opponents rattle him but still rebut their myriad allegations against him on character and policy issues. If Trump can turn away from the bait, he will do all he needs to remain in the top spot.

Ted Cruz - Act like a winner. The Texas senator has made the argument that he is the only candidate to actually win against Trump, in more than one contest, a main talking point. Cruz’s job tonight is to have the attitude of a winner. His easiest contests are behind him and the road ahead looks pretty rough. Cruz has to show a little swagger tonight when making his points against Trump.

Marco Rubio - Stay with substance. Rubio scored last week by mocking Trump for his appearance and demeanor. Tonight Rubio needs to keep attacking, but shift back to substance. His points on Trump University and Trump’s hiring foreign workers over Americans were well placed and affective in the last debate. If he can stick to those points and really drive them home Rubio will continue his debate successes of the cycle. Rubio’s greatest test lies ahead of him with Florida’s primary on March 15, and his pull with late-deciding voters makes his performance tonight all the more important.

John Kasich - Join the club. The Ohio governor doesn’t need to attack Trump in the way that the other contenders do. But he does need to show that he is part of the effort to block him. Kasich’s efforts until now have mostly been an annoyance to Republicans looking to block Trump since Kasich bled support from establishment favorite Rubio. But now so much depends on Kasich’s ability to win his home state of Ohio. Kasich will get broad latitude from his fellows in an effort to deliver a home state win, so Kasich has plenty of running room. But, he will need them to leave him alone tonight and going forward. To get their acceptance, Kasich has to show that he is on the other side of the divide from Trump and not a likely to do as New Jersey Gov. Chris Christie did and fall in line for Trump.

SHE OTTER KNOW BY NOW
Monterey (Calif.) Herald: “Marine biologist Nancy Black was ordered to pay a $2,000 fine and serve another year on probation for being too close to a sea otter in the Monterey harbor. Black, a co-owner of Monterey Bay Whale Watch, was already on probation for a previous violation of the Marine Mammal Protection Act when the charges were brought against her. Black initially faced three to nine months’ imprisonment for violating the terms of her probation, which required that she remain at least 50 yards away from otters and other marine mammals. Her probation now extends to January 2018. “We’re just glad to have it concluded, and the court was very fair in considering all the facts,” said Mark Vermuelen, Black’s attorney. Black was in a small inflatable dinghy with photographer Suzi Eszterhas when the two women approached the otter and her pup. A Bay Net volunteer, Marge Brigadier, observed the encounter from shore and asked them to back away from the otters.”

AND NOW A WORD FROM CHARLES…
“The balls ended exactly where Trump needed them where there are still two evenly matched contenders, Rubio and Cruz, neither of which is going to get out. And as long as they remain with equal strength roughly below Trump, he wins pluralities.” – Charles Krauthammer on “Special Report with Bret Baier”