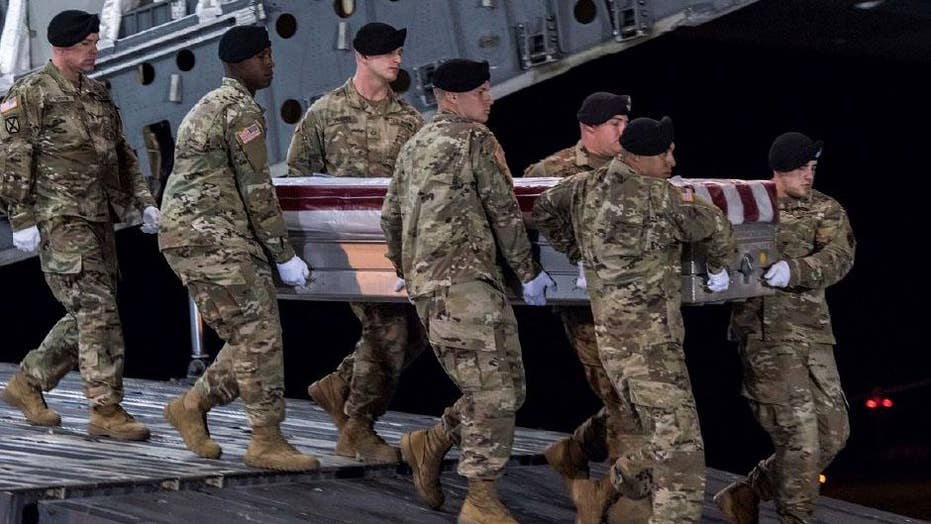 The United States found itself involved in a lengthy, divisive, military conflict overseas.

A surfeit of controversial incidents besieged the U.S. military and confounded official Washington as to what to do. Leaders at the National Security Council argued that local fighters were improving their military skills. As a result, the U.S. could cede more power to them.

In other words, the war needed to be “de-Americanized.” Instead, the Defense secretary chose another term: “Vietnamization.”

The above scenario obviously isn’t about the four U.S. soldiers killed earlier this month in Niger. It isn’t about President Trump’s decision in August to maintain the U.S. mission in Afghanistan and bolster troop levels there.

The attack in Niger killed four US service members.

But what the U.S. is doing in Niger and Chad and Mali and Afghanistan and Iraq and Libya and Djibouti and Turkey and Yemen and Jordan and Uganda and Cameroon and South Sudan and the Democratic Republic of Congo and the Central African Republic and Somalia and Kosovo and Cuba and parts of Syria …certainly echoes Defense Secretary Melvin Laird telling President Richard Nixon the U.S. should “Vietnamize” the battle in southeast Asia.

That would denote a shift. Laird asserted that “Vietnamization” properly characterized U.S. involvement going forward. After all, the U.S. didn’t want an open-ended commitment in Vietnam. Many in Washington wanted to get out as soon as possible.

Things certainly didn’t work out that way. The U.S. found itself paralyzed in Vietnam for years. As a result, “Vietnam Syndrome” set in among the public and the nation’s political leaders. Americans were reluctant to engage overseas.

In a speech to the Veterans of Foreign Wars, President Ronald Reagan said that the U.S. lived with Vietnam Syndrome for “too long.” As a result, Reagan said Americans “were told that peace would come if we would simply stop interfering and go home.” Reagan declared “we dishonor the memory of the 50,000 young Americans who died in that cause when we give way to feelings of guilt as if we were doing something shameful.”

Reagan told the VFW that was the “lesson for all of us on Vietnam. If we are forced to fight, we must have the means and the determination to prevail or we will not have what it takes to secure the peace.”

Two months ago, Trump made the case to “Afghanize” the fight. The president said Afghan troops would bear “the heaviest burden” in this struggle. He also spoke of the thousands of U.S. troops who “fought and died in Afghanistan.” Trump suggested the U.S. needs to remain engaged in Afghanistan “to secure the cause for which they gave their lives.”

Vietnam was a seminal period in the American experience. It’s natural to draw parallels between Vietnam and other lengthy military engagements. The U.S. has now been in Afghanistan since shortly after 9/11.

How long should the U.S. stay? Ironically, military analysts now believe Vietnam isn’t the model to which people should look when discussing Afghanistan. They note how long the U.S. has remained on the Korean Peninsula.

This is ironic. Consider the fact that the 60-plus year U.S. presence there hasn’t inhibited the possibility of the U.S. facing off with Pyongyang in a nuclear war. Those chances are now as high as ever.

In June, the president submitted to Congress a report detailing all of the places the U.S. is involved militarily (most are listed above), information about deployments and justifications for the operations. Most of these missives from the administration to Congress contain a crucial phrase.

The letter states the information the president is sending to Capitol Hill is “consistent with the War Powers Resolution, as part of my efforts to keep Congress informed about deployments of the U.S. Armed Forces equipped for combat.”

Note it states “consistent with” the resolution. The letter doesn’t state “in compliance with.” No administration of either party has truly acknowledged the resolution since its adoption in 1974.

So short of declaring war somewhere, presidents simply slip Congress a note at regular intervals as to what the U.S. is doing where. Constitutional? Unclear. “Adhering” to the War Powers Resolution? Not really. “Consistent with” the resolution? You bet.

This brings us to Niger.

Think the U.S. is at “war” in Niger? Then why are there four dead Americans there and what were they doing there?

Trump’s June letter spells it all out. The president told lawmakers that “United States military personnel in the Lake Chad Basin continue to provide a wide variety of support to African partners conducting counterterrorism operations in the region. In Niger, there are about 645 U.S.  military personnel deployed to support these missions.

In Cameroon, roughly 300 U.S. military personnel are also deployed, the bulk of whom are supporting United States airborne intelligence, surveillance, and reconnaissance operations in the region. These forces are equipped with weapons for the purpose of providing their own force protection and security, and they will remain in Cameroon, with the consent of the government of Cameroon, until their support is no longer needed.”

Time to “Vietnamize” the effort?

“The operation has caused us to begin to re-examine force protection in Niger,” said Rhode Island Sen. Jack Reed, the top Democrat on the Senate Armed Services Committee. “We have to re-evaluate what we’re doing there.”

“You know you are in too many wars in too many places when even warmonger Lindsay Graham can’t keep track anymore,” Paul tweeted.

This is why Sen. Tim Kaine, D-Va., has long argued that the 2001 and 2002 authorizations Congress approved for wars in Afghanistan and Iraq are calcified. He’s pushed for a retrenched Authorization for Use of Military Force (AUMF) for years now.

“We were in Niger to deal with an ISIS threat,” Kaine said. “It’s time for Congress to finally revisit the authorization which is badly out of date and have a debate on full view of the American public about all the different countries where we are in engaged in military action right now.”

Lawmakers of both parties have flirted with such a proposal for several years. Senate Foreign Relations Committee Chairman Bob Corker, R-Tenn., convenes a hearing Monday about a potential new AUMF with Secretary of State Rex Tillerson and Defense Secretary James Mattis.

“It is perhaps more important than ever that we have a sober national conversation about Congress’s Constitutional role in authorizing the use of military force,” Corker said.

Congress felt it was in the dark a few weeks ago about what went down in Niger and demanded more information from the Pentagon. Senate Armed Services Committee Chairman John McCain, R-Ariz., threatened to subpoena military officials after they were less than forthcoming about Niger.

That prompted Mattis to pay McCain a courtesy call at his office. When asked in the hall if he hustled to Capitol Hill because of McCain’s subpoena warning, Mattis stopped in his tracks in a corridor of the Russell Senate Office Building.

“Are you kidding me?” replied an incredulous Mattis.

The Defense secretary than ventured over to talk with Graham. After that conclave, Graham offered perhaps the most sober assessment yet about U.S. involvement overseas and perhaps why Congress is mulling a new AUMF.

“This war is getting hot in places where it’s been cool,” he said about the broader war on terrorism.

“The war is beginning to morph,” Graham also said, noting that there would be more -- “not less” --operations like the one in Niger.

So the U.S. finds itself in Niger and Mali and Cameroon and Chad and the Central African Republic and the Democratic Republic of Congo and a host of other places few Americans have ever heard of -- to say nothing about Syria, Iraq and Afghanistan.

The perfect solution would be the “Vietnamization” of these conflicts as suggested so long ago by Defense Secretary Melvin Laird. But with the U.S. now committed all over the globe, it’s pretty clear the opposite happened. These battles are now “Americanized.” 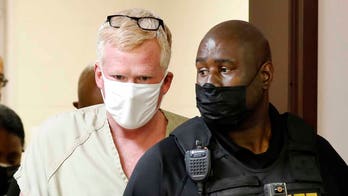 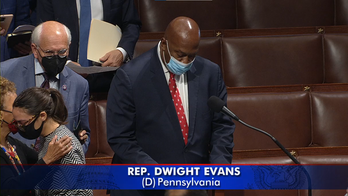 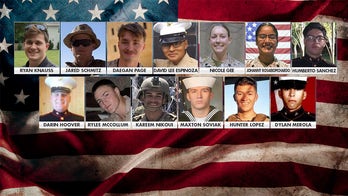