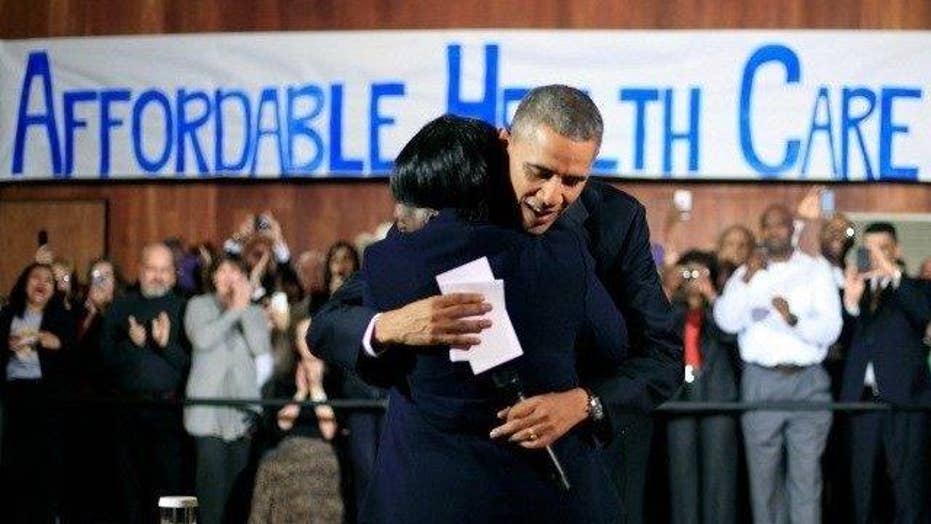 Affordable Care Act not that affordable?

When Health Republic Insurance of New Jersey announced recently that it’s $46 million in debt and shutting down, it became the 17th failed ObamaCare co-op since the Affordable Care Act launched three years ago.

Those failures – just six of the original 23 co-ops remain – have left hundreds of thousands of people scrambling for coverage.

Meanwhile, insurers claiming big losses are leaving some state exchanges -- including Indiana University Health Plans, whose exit is expected to result in 27,000 Indiana residents losing ObamaCare plans in 2017. And companies still operating in the federal and state exchanges are raising premiums for next year.

Together, the developments are posing new challenges for Americans seeking affordable coverage, and show the highly touted overhaul of the country’s health care system is in some cases not yielding the savings President Obama once promised.

As a candidate on the campaign trail in 2008, Obama once said: “If you’ve got health insurance, we’re going to help that employer save $2,500 per family per year. … Those savings are going to be passed along to the workers.”

Nationally, though, premium hikes are expected to average 8 percent next year. Many insurance companies are seeking much more than that, for the exchange plans and those offered to employers.

Premera in Washington state is approved to charge 19 percent more next year. Rates across California will go up an average of 13 percent. Blue Cross and Blue Shield of Texas is asking to raise premiums a stunning 60 percent.

Long-time critics of ObamaCare say they saw it coming.

The problem remains a risk pool with too many sick people and not enough who are young and healthy. Also, federal backstop programs, aimed at helping companies that miscalculated how much to charge, are now expired. So insurance companies need higher premiums to cover payouts to doctors and hospitals.

The alternative is pulling out of health exchanges, which many companies have been doing. In recent months Aetna, United Health Care and several Blue Cross and Blue Shield subsidiaries have announced they will be leaving many of the exchanges in 2017.

“That’s going to be the future,” said Roger Stark of the Washington Policy Center in Washington State. “What we’re seeing here is the beginning of a death spiral as far as exchanges are concerned as more companies pull out.”

In Indiana, the company pulling out of the exchange had covered 15 percent of those covered under ObamaCare. Indiana Sen. Dan Coats, a Republican, told The Washington Times this is further evidence the health care law is “collapsing before our eyes.”

The Obama administration says its signature legislation can boast plenty of successes. Twenty-million additional people are insured, whether through the exchanges, through expanded Medicaid or young adults who are able to stay on their parents’ policies. Also, the growth in health care spending nationally has slowed.

As for rising premiums, many Democrats including presidential nominee Hillary Clinton favor offering a government public option that would compete directly with for-profit insurance companies.

“If a public option could bring premiums down, primarily by paying doctors and hospitals less and having lower overhead and no profit, that would lower federal government costs,” said Larry Levitt of the Kaiser Family Foundation.