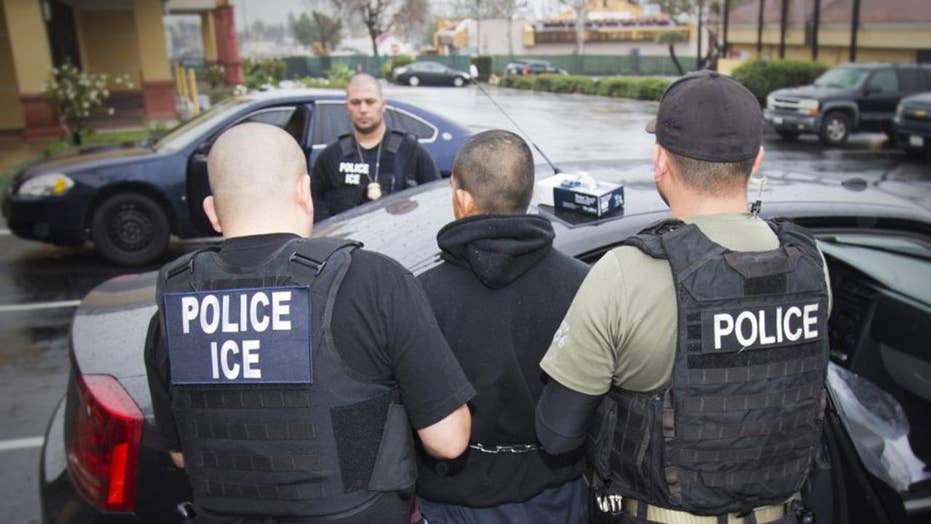 A bipartisan group of six senators said Thursday afternoon they reached “an agreement in principle” with each other on immigration, including a plan to shield illegal immigrants brought to the United States as children from deportation, though it’s unclear if President Trump or others in Congress will go along with it.

“We have been working for four months and have reached an agreement in principle that addresses border security, the diversity visa lottery, chain migration/family reunification, and the Dream Act – the areas outlined by the president,” the senators wrote in a joint release. “We are now working to build support for that deal in Congress.”

The joint statement was issued by Republican senators Lindsey Graham of South Carolina, Jeff Flake of Arizona and Cory Gardner of Colorado and Democratic senators Dick Durbin of Illinois, Michael Bennett of Colorado and Robert Menendez of New Jersey.

None of these senators, including the Republicans, is known as a Trump ally on immigration.

The lawmakers did not specify what was agreed to.

Democrats are working to preserve the Obama-era DACA program, which was ended by Trump last year and protects from deportation illegal immigrants brought to the United States as children.

Democrats oppose funding a wall, which they say is unnecessary and costly.

Pence: President is clear, no deal on DACA without wall

Vice President speaks to Martha MacCaullum on 'The Story.'

Meanwhile, Trump flatly stated Wednesday he will only agree to a deal with Congress on immigration if it includes funding for his long-promised wall along the border with Mexico.

Asked during a press conference Wednesday if he’s willing to sign a deal that does not include wall funding, Trump said: “No, it’s going to include the wall.”

Trump said “any solution has to include the wall because without the wall it all doesn't work.”

While Trump offered assurances at this press conference, a House GOP immigration bill being rolled out Wednesday likewise includes the tough measures championed by candidate Trump in 2016, including a wall, ending the visa lottery green card program and ending chain migration.

Vice President Pence echoed the president's message during an exclusive interview with Martha MacCallum, saying Wednesday: “There is no deal on DACA without a wall. [Or] without ending the visa lottery program and ending the kind of chain migration that has resulted in people coming into this country that have done harm to Americans in recent months.”

Statements from Trump and his allies on Wednesday could serve to ease the concerns of some conservatives -- who reacted with disappointment to Trump’s meeting with lawmakers, expressing worry that his willingness to work with Democrats on the issue would lead to him abandoning his campaign promises to be tough on illegal immigration.