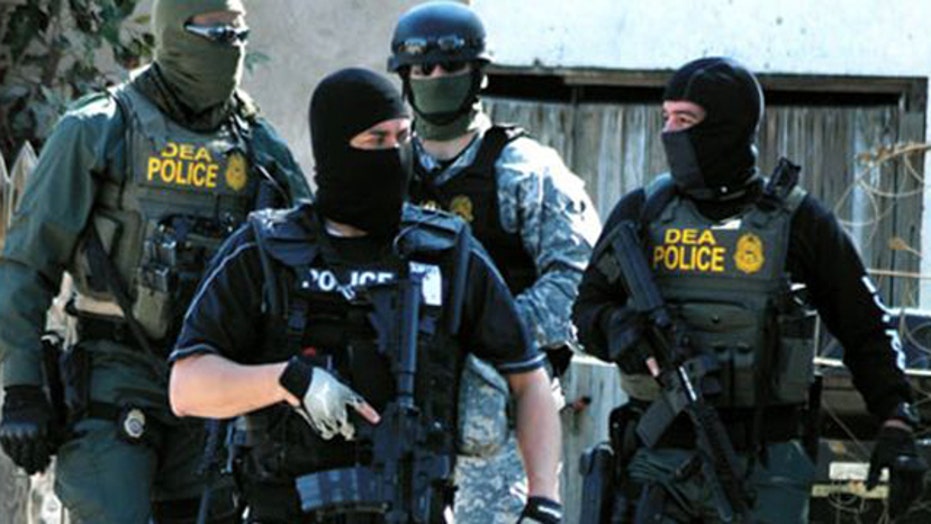 A bombshell inspector general report claiming Drug Enforcement Administration agents attended "sex parties" with prostitutes paid for by local drug cartels has raised serious security questions -- with the report, and lawmakers, noting these agents could have been compromised.

The report said the alleged parties took place in an unnamed "host country," which reportedly was Colombia, over a period of several years.

According to the Justice Department inspector general report, "most" of the parties were held in U.S. government-leased quarters where "agents' laptops, BlackBerry devices, and other government-issued equipment were present." One investigator noted this opened security risks, since agents at the parties could have been exposed to "extortion, blackmail, or coercion."

The concerns are similar to those raised after Secret Service agents were caught soliciting prostitutes in Colombia ahead of a presidential visit in 2012.

Congress is taking another hard look at the conduct of federal law enforcement in the wake of the new findings.

"Not only is this risky behavior unacceptable and unbecoming of federal law enforcement officers, it could also have compromised the agents' mission," House Judiciary Committee Chairman Bob Goodlatte, R-Va., said in a statement.

The House Oversight and Government Reform Committee already has scheduled a hearing on the DEA misconduct report for April 14.

Sen. Charles Grassley, R-Iowa, also wrote to Acting Deputy Attorney General Sally Quillian Yates voicing concern that the DOJ might not be doing enough to prevent its own employees from "contributing to the demand for the human sex trade." He urged the department to take a "zero-tolerance policy" concerning the solicitation of prostitutes, and questioned whether attorney general nominee Loretta Lynch would commit to this.

Extensive interviews with DEA and host country officials from 2009-2010 revealed allegations against 10 agents, including a regional director. Seven admitted to attending the parties with the prostitutes, which allegedly were arranged by a police officer in the host country and took place between 2005 and 2008.

Investigators said that the DEA had imposed suspensions on the men ranging from two to 10 days. The DEA inspector told the DOJ IG investigators that "prostitution is considered a part of the local culture and is tolerated in certain areas called 'tolerance zones,'" and that it is common for prostitutes to be "present at business meetings involving cartel members and foreign officers" -- and that all of this "affects the way in which federal law enforcement employees conduct themselves in this particular country."

Reached for comment, a DEA representative referred FoxNews.com to the agency's official response in the report. That response said the investigation of misconduct allegations is "the primary mission" of its Office of Professional Responsibility (OPR). DEA did a "second review" of all the cases the IG reviewed to see if the OPR did its job and the DEA determined that they were "investigated properly through DEA's disciplinary process for related misconduct."

Separately, a spokesman with the Department of Justice said the DOJ takes the issues in the report "seriously" and "is taking steps to implement policies and procedures to help prevent them from happening in the future." He added: "The Department is already working with the law enforcement components to ensure a zero tolerance policy on sexual harassment and misconduct is enforced and that incidents are properly reported."