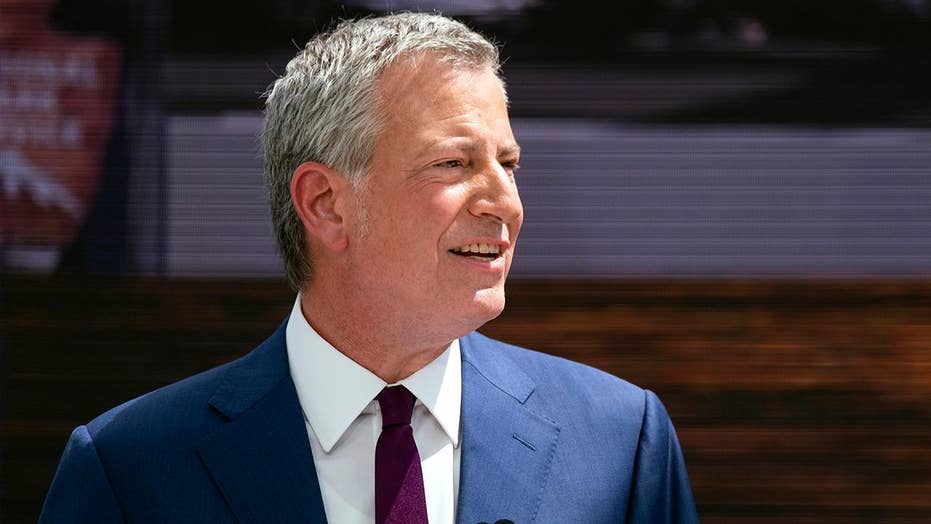 President Trump and New York Mayor Bill de Blasio traded barbs in dueling videos Thursday after the liberal mayor announced he was running for president -- and told his fellow New Yorker: “We’re coming for you.”

De Blasio, who has taken repeated shots at Trump before, launched another salvo in his campaign announcement video, where he called Trump a “bully.”

“Don’t back down in the face of a bully, confront him, take him on,” he said.

“If you like high taxes and if you like crime, you can vote for him. But most people aren't into that, so, I wish him luck -- but really, you'd be better off if you get back to New York City and did your job for the little time you have left,” he said. “Good luck, do well.”

De Blasio responded a few hours later with an apparent attempt to mimic Trump’s habit of giving his political opponents a nickname.

“Hey, Con Don I saw your video and man you looked really low energy. And you were getting your facts wrong 'cause crime actually has gone down in New York City five years in a row, and our economy is booming, we have the most jobs we’ve ever had in our history. So you obviously aren’t getting your facts straight, and I really think you better rest up because you’re going to need it for the election ahead,” he said.

De Blasio is the 23rd Democrat to enter the packed field and faces a steep climb to secure the nomination. He would need to nudge out heavyweights like former Vice President Joe Biden, Sen. Bernie Sanders, I-Vt., and Sen. Kamala Harris, D-Calif.

De Blasio has already visited early-voting states, including Iowa and New Hampshire. On Friday, he was in Iowa again before traveling to South Carolina on Saturday