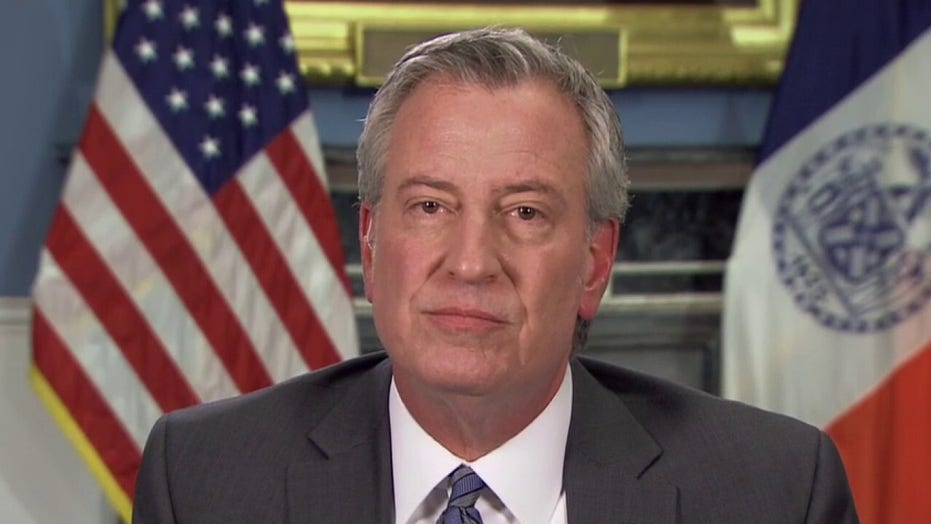 New York City Mayor Bill de Blasio warned Thursday that rushing to reopen cities and states too soon amid the coronavirus crisis will “backfire,” but vowed that the city will “come back” no matter what.

De Blasio, during a press conference Thursday, said “we all want to get back to normal” but cautioned those rushing to do so too quickly.

DE BLASIO CANCELS PERMITS FOR NYC EVENTS IN MAY, JUNE AMID CORONAVIRUS

"We all want to get back to normal, that's true. We all want to get rid of these restrictions. We all want to start our economy again, get back to our jobs. Who doesn't? Everyone wants that in common," de Blasio said. "To liberate means being free, being free from danger, having the security of knowing you can live your life. Well, you know what? If we don't protect people's health, we're not very liberated, if because of political slogans or political agendas, or more focus on corporations and the stock market than human beings."

He added: "There's some effort to liberate that forgets about people and their families and their health and their safety. It will not only backfire. It will set us back by months and months."

De Blasio added that New York will start to open up “when we have the facts.”

"That's my warning here," he added. "We're going to do it right and we're gonna look back and be glad we did."

De Blasio went on to address those suggesting that New York City "won’t come back, or won’t be as good in the future."

“New Yorkers are made of something very strong, very powerful,” de Blasio said.

De Blasio's comments come as several states begin relaxing social distancing measures and begin phase one of the White House's guidelines to reopen the economy. The guidelines pass the decision on when to move to each phase to governors and local officials.

The Trump administration's guidelines outline what individuals, businesses, health care workers and more should do over three phases in reopening the economy, with states making it to the first phase only if they see a decrease in the number of cases within their borders over 14 days.

"These are really painful facts," de Blasio said, noting that the city reported more than 2,500 new cases of the novel coronavirus on Wednesday.

The state of New York has been considered the epicenter of the coronavirus pandemic in the U.S., with more than a quarter of a million positive cases reported as of Thursday. New York City alone reported more than 147,000 positive cases of COVID-19 on Thursday and nearly 11,000 deaths.