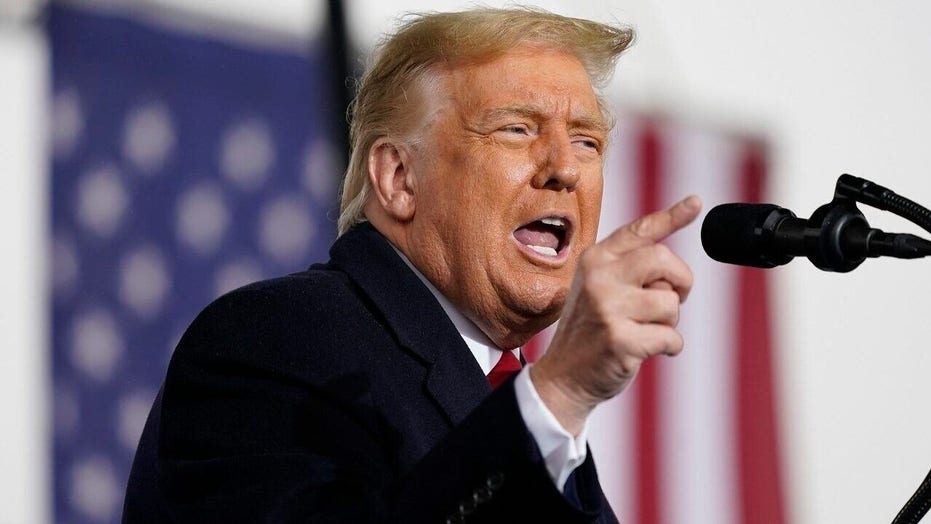 Dave Rubin on why he voted for Trump: He is ‘last bulwark’ to stop the radical left

President Trump is the last bastion to stopping the radical left, talk show host Dave Rubin said Thursday as the 2020 presidential election is five days away.

“As most of your audience knows, I have been a lifelong Democrat. I have voted for Obama twice, I voted for Gore, I voted for John Kerry, this is the first time I ever voted for a Republican president,” the host of "The Dave Rubin Show" told “Fox & Friends.”

“But, I see Trump, basically, as the last bulwark to stop the radical left,” Rubin said.

Meanwhile, Trump and his Democratic rival Joe Biden are set to hold dueling campaign rallies in Florida — a crucial battleground state vital to winning the White House — with just five days left in the presidential race.

The candidates will appear in Tampa hours apart on Thursday, looking to make last-minute appeals and energize Central Florida voters ahead of the Nov. 3 election.

It comes as the economy remains a top issue on the minds of voters, and the Commerce Department released GDP data on Thursday showing the U.S. economy grew at a record-shattering pace in the third quarter as businesses reopened from the coronavirus shutdown -- something Trump is likely to highlight as Biden attacks him over his handling of the pandemic.

Rubin said that though Biden may not be radically left and his positions are “unclear,” the “progressive-left” movement will have influence if he takes office. He also said there is "no feeling of patriotism" on the left anymore.

“Joe Biden, himself, may not be radically left. It is a little unclear what Joe Biden is and what he stands for at this point, but, what is coming behind him, what the future of the Democratic Party is is this progressive left, this collectivist left, the AOC-Ilhan Omar Democrats, and he is just the guy that they are smuggling it in with,” Rubin said.

“I think that that is the worst set of ideas. Possibly, it is counter to everything that America is all about. And, on top of that, by the way, this isn’t just a counter vote, I think Donald Trump has actually done a lot of good."