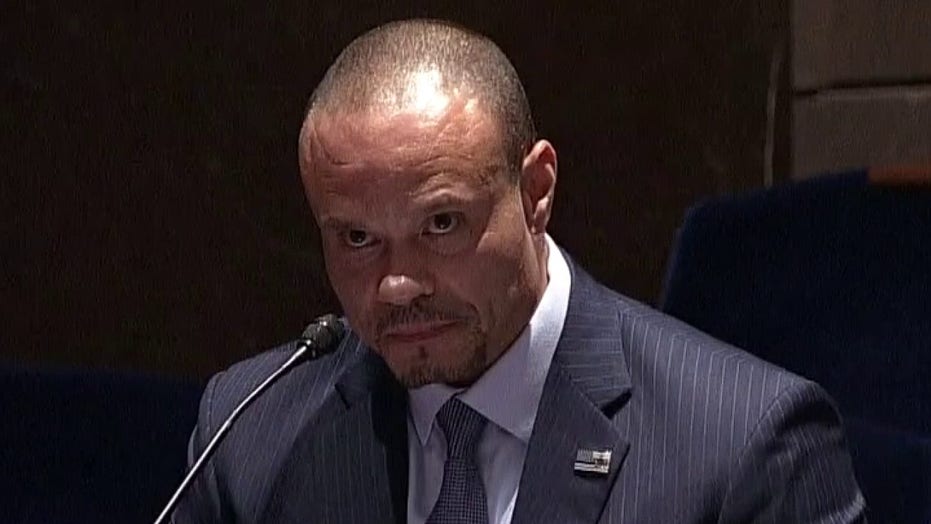 Dan Bongino: Please stop this defund the police abomination before someone gets hurt

Former Secret Service agent Dan Bongino testified Wednesday before a House Judiciary Committee hearing on police reform, arguing that while it is important to hold police officers accountable for their actions, defunding police departments will result in “chaos and destruction.”

Bongino, a conservative commentator and Fox News contributor, recognized that there are officers out there who “aren’t suited for the job,” and said he prays for “justice” for George Floyd’s family. Floyd's brother testified earlier Wednesday, recalling in vivid detail how George pleaded for his life while a white officer kneeled on his neck for nearly nine minutes, in an incident that touched off protests, civil unrest and calls for reform.

But Bongino insisted that most cops he knows are “heroes” who are committed to public safety, and warned that they – and the communities they serve – will suffer if the recent movement to defund police departments is successful.

“Removing these heroes from your communities and my community will do nothing but ensure chaos and destruction,” Bongino said in his opening statement. “Police officers are the front lines, putting themselves between the evildoers among us and the honest, hardworking Americans just yearning for some security and prosperity in a small slice of Americana.”

The movement to defund, or in some cases disband, police has seen support from Democrats including Minnesota Rep. Ilhan Omar, who hails from the state where Floyd died. Minneapolis City Council President Lisa Bender told CNN Monday that “the idea of having a police-free future is very aspirational.”

Bongino said that Americans “should commit to police accountability,” but said that “we can do it without shredding the thin wall between civilization and chaos.”

He went on to discuss how he regularly learns about officers who have been killed or injured and warned that other people could find themselves in harm’s way if departments are defunded.

DAN CRENSHAW: NO COMMUNITY HAS EVER BECOME SAFER WITH LESS POLICING

“I ask you please, with the greatest of respect and humility, please stop this defund the police abomination before someone gets hurt,” he said.

Another issue discussed at the hearing was qualified immunity for police officers. Currently, cops have a degree of protection from litigation related to their activities on the job. Bongino agreed with Democrats who feel that there are problems with qualified immunity, but warned that doing away with it entirely would present other problems.

"Listen I get it, there are serious issues with qualified immunity," Bongino said. "There's no question about that. We're in full agreement. The problem is if you were to repeal qualified immunity, have you considered the ‘and then what?’"

Bongino explained that if police officers are open to more lawsuits, legal bills -- even for good cops -- could be "so oppressive that you won’t have police officers." He also warned that cops, out of fear of litigation, could be "afraid in the street to go and do their jobs and be proactive in communities that need it most."

Bongino made clear that lawmakers can still work to make changes to qualified immunity, but they must consider the possible ramifications.

"The ‘then what’ matters here, folks," he said. "Qualified immunity has issues, you can work around the edges but the margins matter here.”