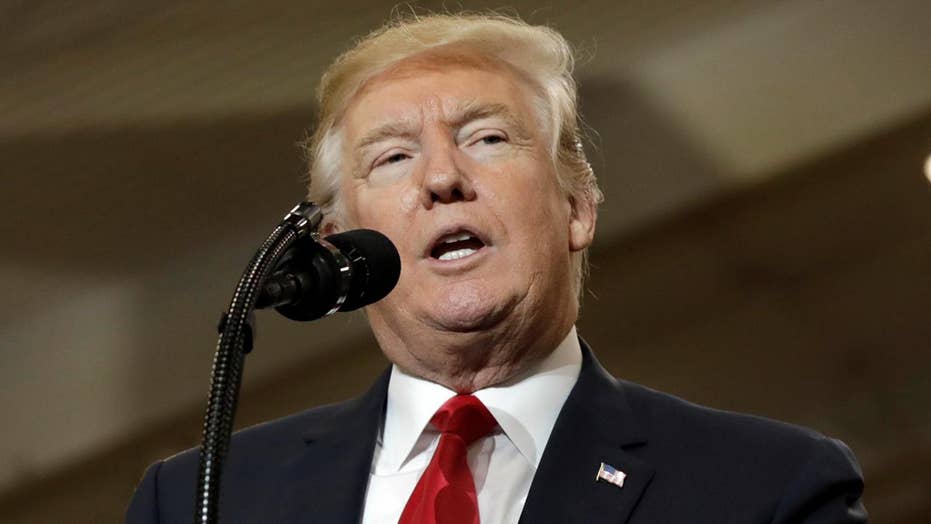 Trump on the border wall: 'We're getting that sucker built'

A top Customs and Border Protection (CBP) official pushed back Friday on reports that frontline border agents do not support President Trump’s border wall, telling reporters that “walls work” and that “agents know it.”

Acting Deputy Commissioner Ronald Vitiello told reporters that agents have repeatedly said that a mix of technology, infrastructure and access to the border are what is necessary to keep the border secure. An important part of this would be effective barriers, and he said that such requests came from the field.

“The truth is that walls work and the data show it and agents know it,” he said.

Vitiello told reporters that the CBP was appreciative of the $1.6 billion funding given to border security measures in the omnibus spending bill and it would fund 100 miles of “border wall system.”

But he also noted that it was given to them in different ways with different priorities than had been requested, adding, “it does not fully fund our needs in the most critical locations.”

He also said they are "still considering" restrictive language in the appropriations bill and what that means for current projects.

He added that money, which he called a "down-payment," will be funding construction and repair in areas including San Diego, Calexico, and Santa Theresa, New Mexico. He said that the Calexico project started last week.

President Trump objected to the $1.3 trillion omnibus bill due to the lack of funding for border security, and has been looking into the possibility of getting the military to fund the approximately $25 billion project.

Conservatives noted that the bill limited the approximately 100 miles of new construction and repairs to already approved models -- not the prototypes Trump recently viewed in California.

While Vitiello noted that a lot of the 100 miles was replacement, he said it was new construction and that some parts are moving from old, often dilapidated fencing to 30-foot steel bollard designs. He said that, for instance, in El Paso a three-foot vehicle barrier was being replaced by "18 or 30 foot wall."

On what needs to be done, Vitiello said that that the entire wall project would cover approximately 1,000 miles with various wall structures, he believed $25 billion in funding would adequately fund that project. He said that from the testing of the prototypes, a new design standard was being formulated that would be used going forward. Currently, approximately 654 miles of the border are covered by some form of fencing or barrier .

Vitiello's remarks come a day after Trump touted the early stages of construction at a speech in Richfield, Ohio.

"We started our wall — what a thing of beauty,” Trump said, noting critics suggested he would “give up.” “Has he given up? No I never give up.”