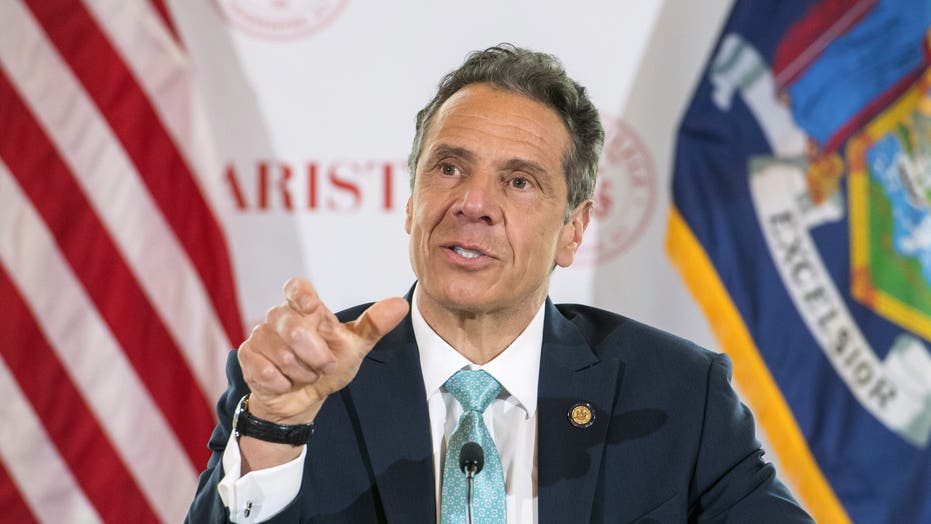 “NYC is open. Gov Cuomo chatting with New Yorkers on the subway,” Cuomo communication director Dani Lever tweeted. “Ridership at the moment is light, but we are reassuring that it’s safe.”

As the city begins its reopening process, some 200,000 to 400,000 people are expected to return to work at retail stores, factories and construction sites in the city.

The city now has a 3 percent positivity rate for COVID-19 tests, which Mayor Bill de Blasio said was the “lowest figure ever.”

He added that the city was deploying 800 school safety officers to hand out face coverings, sanitizer and to answer questions at subway stations as New Yorkers begin again to use the city’s mass transit system. The subway will remain closed from 1 a.m. to 5 a.m. to disinfect subway cars.

During Phase 1 of reopening, manufacturing, construction, retail and landscaping businesses can reopen.

Phase 2 of reopening is expected for early July, according to de Blasio, and will include salons and barbershops, real estate, car dealerships, commercial building management and offices.

New York City, one of the hardest-hit regions in the country, has faced more than 211,000 confirmed cases and 21,323 deaths.

On Saturday, Cuomo announced that his state had "crushed" the curve and "did the impossible" with COVID-19, even as he faced criticism for his handling of the virus.

ALL EYES ON NEW YORK: REOPENING WILL TEST CITY TORN BY CRISES

Cuomo was widely praised for his calm, but firm, handling of the virus in the initial days of the outbreak, when his measured daily press conferences often stood in stark contrast with President Trump’s more combative White House briefings.

A scathing Associated Press report last month found more than 4,300 coronavirus-infected elderly patients were sent to vulnerable nursing homes. The state has estimated that more than 5,000 nursing home and long term-care facility patients have died from coronavirus, but a Daily Caller report found that New York could be drastically under-reporting the deaths.