Assemblyman Kim: Cuomo wanted 'me to lie, cover everything up' to protect him

New York Gov. Andrew Cuomo and New York Health Commissioner Howard Zucker directed health officials to prioritize the governor's own family and figures with ties to his administration in the early days of the coronavirus pandemic, according to a report Wednesday.

Family members who allegedly received preferential testing included Cuomo's brother, CNN anchor Chris Cuomo, as well as his mother and at least one of his sisters, the Albany Times-Union reported, citing sources with direct knowledge of the matter.

Some family members reportedly received multiple tests. Chris Cuomo was reportedly tested at his home on Long Island. One source told the Times-Union that tests administered to Cuomo’s family members or associates were referred to as "critical samples" and processed ahead of others. 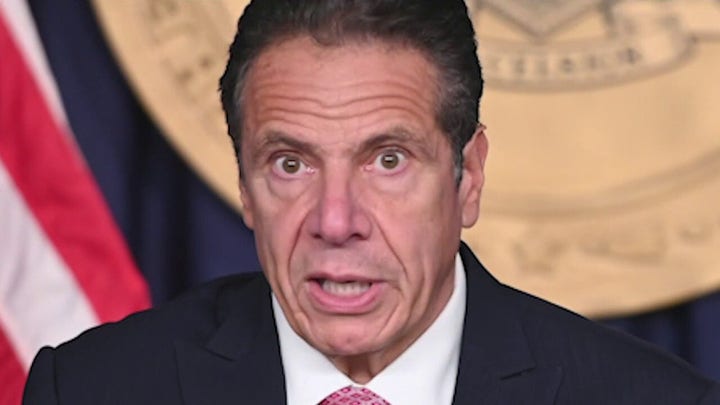 Well-known figures who received tests in the early days of the pandemic included Rick Cotton, the executive director of the Port Authority of New York and New Jersey, and his wife; and Patrick Foye, head of New York’s Metropolitan Transportation Authorities, and his wife. Some unnamed media members and state legislators were also tested.

Cuomo administration officials denied that anyone received preferential treatment. Richard Azzopardi, a top adviser to Cuomo, said the allegations were "insincere efforts to rewrite the past."

"In the early days of this pandemic, when there was a heavy emphasis on contact tracing, we were absolutely going above and beyond to get people testing — including in some instances going to people’s homes, and door-to-door in places like New Rochelle — to take samples from those believed to have been exposed to COVID in order to identify cases and prevent additional ones," Azzopardi said.

"Among those we assisted were members of the general public, including legislators, reporters, state workers and their families who feared they had contracted the virus and had the capability to further spread it," he added.

The New York State Department of Health denied requests for comment from Zucker and Eleanor Adams, an epidemiologist who reportedly tested Cuomo's brother.

"You’re asking professionals who took an oath to protect a patient’s privacy to violate that oath and compromise their integrity," said Gary Holmes, a spokesman for the department of health. "More than 43 million New Yorkers have been tested, and commenting on any of them would be a serious violation of medical ethics. We’ve built a nation-leading testing infrastructure to ensure that anybody who needs a test could get one. That work continues today."

The bombshell report emerged as Cuomo faces calls to resign after eight women, including current and former aides, accused him of sexual harassment or misconduct. The New York State Attorney General’s Office and the State Assembly are investigating the claims.

Separately, federal authorities opened a probe into members of the Cuomo administration over their handling of New York’s COVID-19 nursing home crisis. The governor’s office has denied claims that it significantly underreported or covered up the number of COVID-19 deaths that occurred at nursing home facilities.