New York Gov. Andrew Cuomo is being accused of trying to “manipulate” donor statistics after campaign finance reports revealed teeny-tiny contributions from individuals on or associated with his staff.

It turns out his liberal primary opponent Cynthia Nixon may have benefited from similar tactics. But Cuomo, the Democratic incumbent who is notoriously reliant on big donors, first faced backlash after The New York Times reported that one donor, Christopher Kim, contributed to the campaign 69 times.

Kim, who shares the same address on his filing as a Cuomo campaign aide, Julia Yang, donated $1 to Cuomo 67 times, and $5 twice.

A Cuomo campaign aide told Fox News on Wednesday that they were “surprised” by Kim’s donation.

“We appreciate his enthusiasm,” Cuomo’s spokesperson Abbey Collins said in a statement to Fox News. “Going forward, we’ll put measures in place to count contributions like this differently.”

But Kim wasn’t the only one connected in some degree to the Cuomo campaign. Relatives and roommates of campaign aides also made tiny contributions—between $1 and $5. 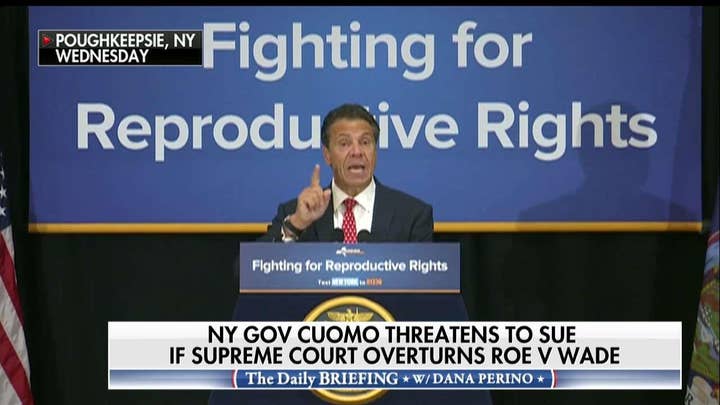 “This Governor is a phony whose entire operation was built like a house of cards. His latest attempt to try and manipulate donor statistics to look like he has the support of regular people instead of just his pay-to-play mega-donors is further proof that the wheels are coming off his corrupt administration,” Cox said in a statement to Fox News on Wednesday.

But the Cuomo campaign aide defended the contributions and told Fox News that it was “pretty standard” to reach out to a campaign's network of people to support a cause or candidate.

While acknowledging Cuomo’s campaign was “new” to the small-dollar game, Collins said there was “no shame” in getting started.

“We rolled out a new low dollar campaign to reach a wide variety of supporters and as part of that effort reached out to our network, just as Ms. Nixon’s campaign has dozens of contributions from her staff and their family members,” Collins said in a statement to Fox News. “As the latest filing and poll numbers show, Cynthia’s campaign is on life support, which is why her lines are getting increasingly more combative and desperate.”

Cuomo’s gubernatorial primary opponent, “Sex and the City” star Nixon, indeed seized on the opportunity to slam the governor as a “candidate of Wall Street.”

Another donor, Nixon’s campaign finance aide, Monica Barnes, donated $1 and then $5 to the campaign.

Nixon’s campaign, though, told Fox News there was “no comparison” to Cuomo’s contributions.

“There’s no comparison. Mr. Cuomo was clearly making a concerted effort to juice his small dollar numbers after receiving criticism from multiple media outlets and our campaign,” Nixon campaign spokesperson Lauren Hitt told Fox News in an email Wednesday. “We were making no such effort because we didn’t have to. If those staffers hadn’t given, nearly 97 percent of our donations still would have been small dollar. Even with his staffers, Mr. Cuomo doesn’t break one percent.”

The Cuomo campaign, prior to the release of the latest campaign finance disclosure, reportedly boasted that 57 percent of his contributions were for $250 or less, with the most common donation being $5.

But despite her success with small-dollar donors, Nixon is still trailing Cuomo by double digits in recent polls.