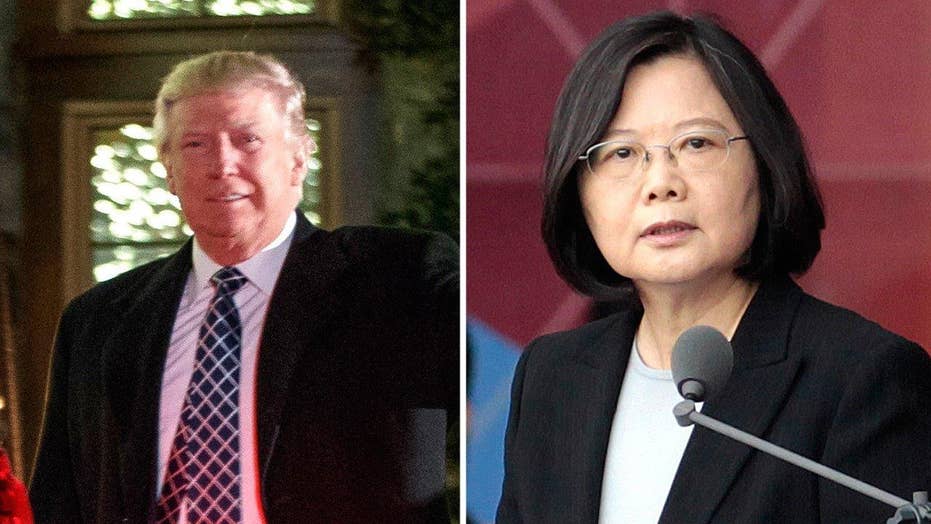 Texas Sen. Ted Cruz scolded China for trying to quash his meeting with the Taiwanese president on Sunday, the second time in just over a month a prominent Republican has publicly poked the People’s Republic over a communication with the contested island nation.

Cruz and Texas’ Republican Gov. Greg Abbott were among the officials who met with Taiwanese President Tsai Ing-wen as she stopped in Houston during a trip to the Americas.

“The People’s Republic of China needs to understand that in America we make decisions about meeting with visitors for ourselves,” Cruz said in a statement obtained by the Texas Tribune. “This is not about the PRC. This is about the U.S. relationship with Taiwan, an ally we are legally bound to defend. The Chinese do not give us veto power over those with whom they meet. We will continue to meet with anyone, including the Taiwanese, as we see fit.”

Cruz said in the statement that “shortly before our meeting,” the Houston congressional delegation received a “curious” message from the Chinese Consulate, which asked Congress members not to meet with Tsai, “and to uphold the ‘One-China policy’.”

China claims sovereignty over Taiwan, which asserts its independence. The U.S. maintains unofficial ties with Taiwan, but does not officially recognize its government.

Abbott on Sunday tweeted a photo of his meeting, and said he and Tsai discussed “expanding trade and economic opportunities.”

Today I met with the President of Taiwan to discuss expanding trade and economic opportunities. #txlege pic.twitter.com/5KF04VlFRA

The Houston meetings come about a month after President-elect Donald Trump controversially accepted a phone call from Tsai in which she congratulated him on his election win.

China later said it had “serious concern” about the call. A spokesperson for the Chinese foreign ministry said any change in the so-called “One-China policy” would render cooperation between the U.S. and China “out of the question.” Trump has been a fierce critic of China, and the phone call was an intentionally provocative action on the part of the president-elect, The Washington Post reported.

Trump was heavily criticized from some on the left for taking the call; however, Cruz – a frequent sparring partner of Trump’s during the Republican primary who eventually endorsed the GOP nominee in late September – came to Trump’s defense.

“I would much rather have Donald Trump talking to President Tsai than to Cuba’s Raul Castro or Iran’s Hasan Rouhani,” Cruz tweeted at the time, referencing two reviled world leaders President Obama has spoken with.

Tsai was set to transit through Houston and San Francisco during her trip to reinforce relations with diplomatic allies in Central America. China had urged Washington to prevent Tsai from landing in the U.S. to “refrain from sending any wrong signal to the Taiwanese independence forces.”

Trump was not set to meet with Tsai during the trip.