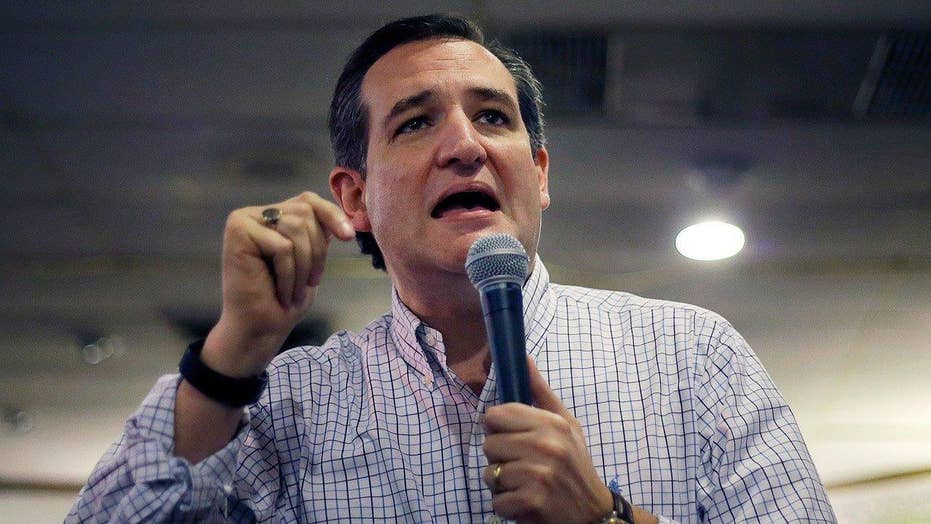 Ted Cruz's latest political ad turned out to be too hot for TV.

The Texas senator's campaign confirmed late Thursday that it had pulled a commercial hitting Florida Sen. Marco Rubio over illegal immigration because one of the actresses had previously appeared in pornographic films.

The actress in question, Amy Lindsay, described herself as a Christian conservative and a Republican in an interview with Buzzfeed News late Thursday. She also tweeted her displeasure that the video was pulled from the airwaves.

"Unfortunately, she was not vetted by the production company," Tyler said. "Had the campaign known of her full filmography, we obviously would not have let her appear in the ad."

An Internet Movie Database page in Lindsay's name lists her as appearing in several movies with titles like "Carnal Wishes" and "Insatiable Desire". She is also listed as having appeared in the TV series "Star Trek: Voyager" and the 1996 film adaptation of Henry James' novel "The Portrait of a Lady."

Lindsay's acting background was first reported by the Daily Caller.

The ad, titled "Conservatives Anonymous" featured a faux self-help session in which voters lamented their past support for Rubio.

"I voted for a guy who was a Tea Party hero on the campaign trail then he went to D.C. and played patty cake with Chuck Schumer and cut a deal on amnesty," one of the participants, a middle-aged man, tells the group.

The group moderator asks him: "Does that make you angry?"

"Angry? No, it makes me feel dumb for trusting him," the middle-aged man says.

Lindsay played a woman who tells another group member, "Maybe you should vote for more than just a pretty face next time."

Responding to the ad before it was pulled, Rubio accused Cruz of changing positions on a pathway to citizenship and other immigration issues, telling Fox News: “He's willing to say or do anything to win an election.”