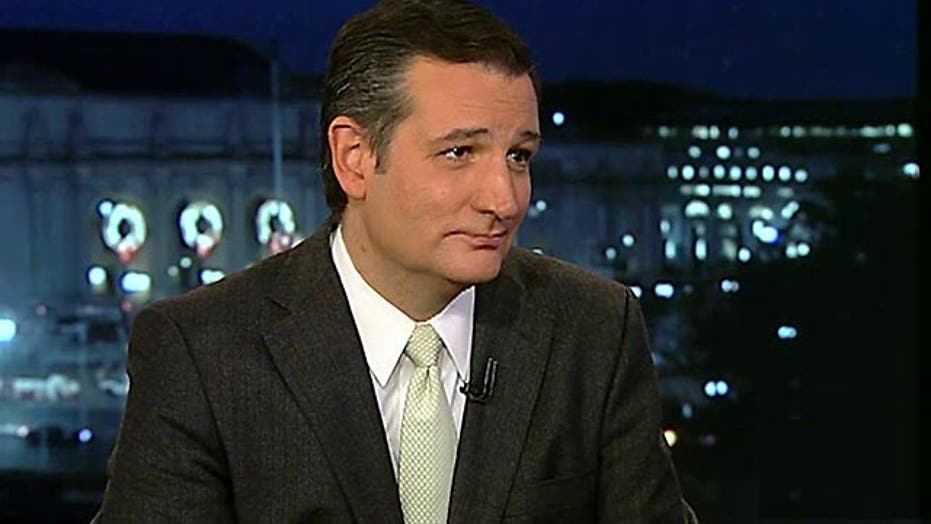 Cruz: It was critical to vote on 'unconstitutional amnesty'

Republican Sen. Ted Cruz of Texas apologized to his fellow senators at a weekly lunch Tuesday for “personal hardship” they endured after Cruz forced the Senate to do business over the weekend.

However, the firebrand senator stood by the decision to force a vote on what he called President Obama’s “executive amnesty.”

Cruz had forced the Senate to convene on Saturday after he and fellow conservative Sen. Mike Lee, R-Utah, objected to the $1.1 trillion spending bill over its funding for Obama’s executive action on immigration, which Lee and Cruz believe to be unconstitutional.

The objection forced the Senate to meet on Saturday, where Cruz raised a point of order on the constitutionality of Obama’s action on immigration, triggering a vote. Cruz’s point of order was defeated 22-74, and the spending bill later passed 56-40.

Cruz clarified to Baier that he wasn’t apologizing for bringing the vote to the table, which he said was an important commitment to the voters that needed honoring.

“But what we did this weekend was important, I believe. It was important to vote on executive amnesty.” Cruz said. “I think it mattered to honor our commitment to the voters to force that vote."