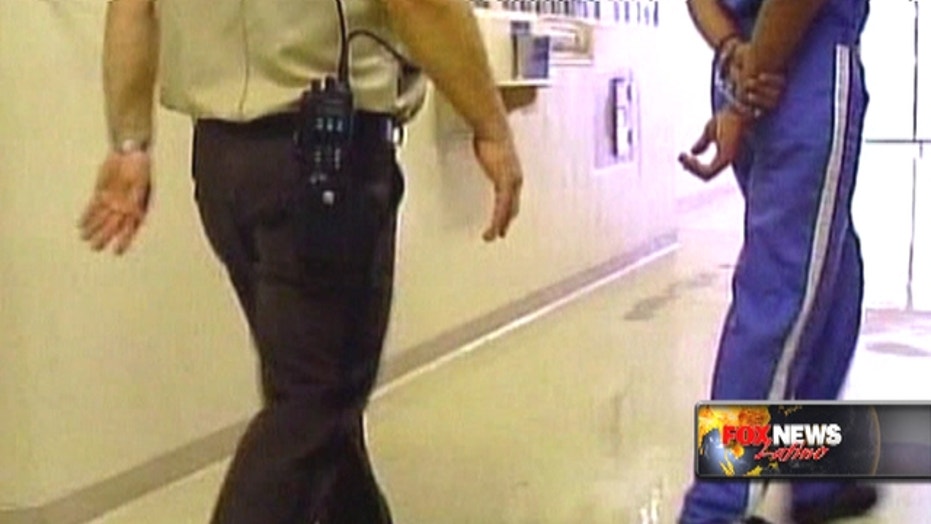 SANTA ANA, Calif. (AP) – Immigration authorities will consider housing transgender detainees based on the gender they identify with in the wake of criticism about detention conditions for the population, officials said on Monday.

The move did little to quell criticism from advocates who have urged the agency to release more transgender immigration detainees, citing their increased risk of sexual assault in detention. Last week, a heckler interrupted President Barack Obama's remarks at a gay pride event in Washington to protest the detention and deportation of gay, lesbian and transgender immigrants.

"This is all interesting on paper, to say the least, but we need to see how this actually plays out," said Raffi Freedman-Gurspan, a policy adviser for the National Center for Transgender Equality. "We don't think these folks should be in detention centers, period."

The guidance comes three years after the Department of Justice issued similar rules for transgender inmates. But even now many jails and prisons aren't following the rules and continue to house transgender inmates based on their genitalia or place them in solitary confinement purportedly for their protection, said Carl Takei, a staff attorney at the American Civil Liberties Union's National Prison Project.

"Most prisons and jails are still in the Dark Ages about these issues," Takei said.

Getting the rules put into practice may be tough for immigration officials, who house most detainees at contract facilities, Takei said.

ICE currently has about 60 transgender detainees. About 25 are housed in a special unit in Santa Ana, California, for transgender women and gay men. The rest are housed in different facilities across the country, mostly with the general population and consistent with their biological sex, Lorenzen-Strait said.

The agency currently houses about 31,000 detainees a day, he said.

Under the latest guidance, the agency said officials should consider a host of factors before detaining an individual, including transgender identity.

"When you're thinking about who should absolutely be released, pregnant women, people with severe health problems, transgender individuals, there are certain populations that weigh so heavily in favor of release that it is dumbfounding the knee-jerk reaction is always to detain," Morris said. "It's not in anyone's best interest."

But immigration enforcement advocate Jessica Vaughan, who is director of policy studies at the Center for Immigration Studies, said she worries that gender identity could trump other factors, such as flight risk, when making decisions about detention.

"In practice, this could become a double standard for transgender individuals that seems unprecedented," Vaughan wrote in an e-mail.