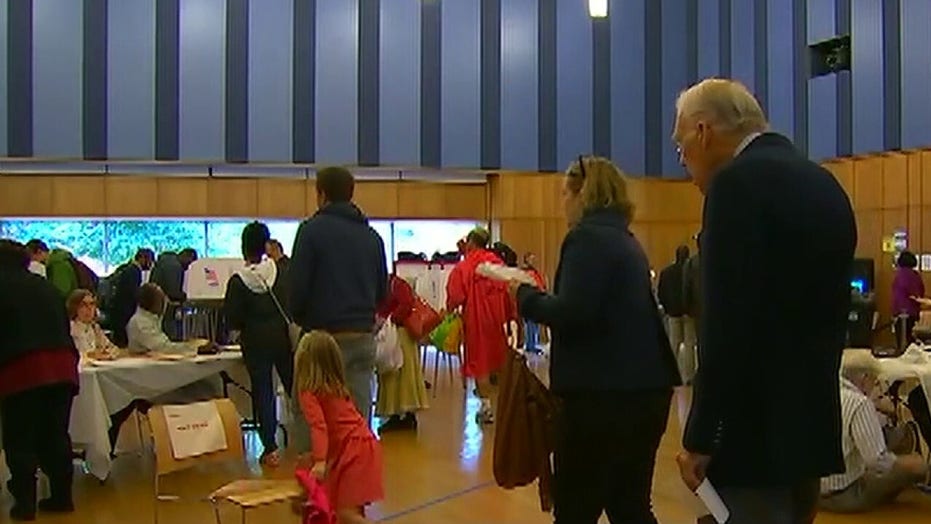 As the coronavirus pandemic threatens multiple waves of illness including a possible spike in the fall, states are scrambling to find alternatives to in-person voting, but there are more obstacles than options.

Many Republicans and Democrats agreed that what happened at Wisconsin’s spring election was a case study in what not to do. Lines of masked voters, forced to crowd at few open polls manned in part by National Guardsmen, cast ballots amid confusion over whether the election would happen at all.

Wisconsin Gov. Tony Evers, a Democrat, tried to postpone in-person voting amid coronavirus concerns, but the state’s Supreme Court ruled in favor of the GOP-controlled legislature, calling the move constitutional overreach. Separately, a conservative majority in the United States Supreme Court slapped down an attempt to extend absentee voting because of the state’s election laws.

The aftermath produced at least a half dozen confirmed coronavirus cases linked to election activities and warnings from both sides of the aisle that efforts to avoid the same outcome in November must be undertaken with care. 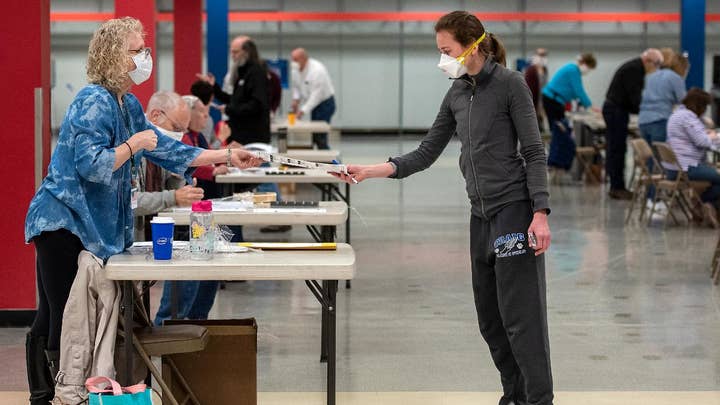 “We typically think of a presidential election as a single nationwide election, when in fact it’s conducted as 51 separate independent state-based elections, plus the District of Columbia,” Michael Morley, an assistant professor at the Florida State University College of Law, told Fox News.

In 2016, nearly 60 percent of voters cast ballots at the polls on Election Day.

Alternatives to in-person voting would face a host of legal, logistical, and political hurdles. The simplest overhaul proposed by Democrats, a national vote-by-mail system, found no love from Republicans.

A plan to ease restrictions on mail-in voting and extend early voting days may be more viable. Sens. Amy Klobuchar, D-Minn., and Ron Wyden, D-Ore., have been leading the effort.

“States will still be administering their own elections, doing their own ballots, deciding their mix of how they’re going to do this. But, what we’re setting is a minimum standard, yes, 20 days early for the polls and making sure you can send your mail-in ballot from home up to the day of the election,” Klobuchar told Fox News.

MORE THAN A DOZEN IN WISCONSIN HAVE CORONAVIRUS AFTER VOTING OR WORKING AT POLLS ON PRIMARY DAY, OFFICIALS SAY 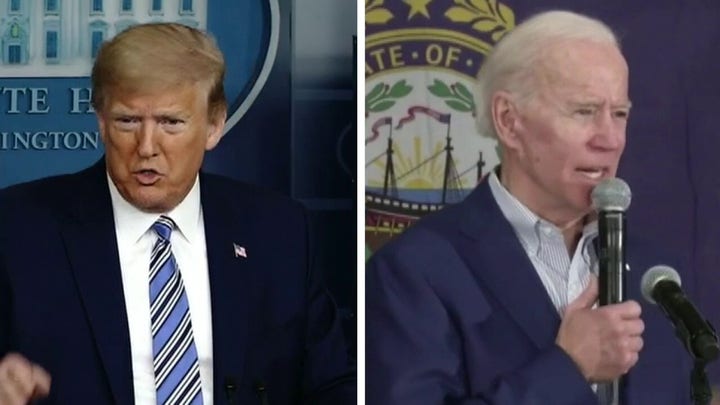 “You can do this without reinventing the wheel. The states now already – almost all – try to promote absentee voting,” Wyden added. “At the heart of it, in one sentence, is to say that everybody in America should be able to do what Donald Trump does, and that’s vote by mail.”

Klobuchar and Wyden claimed proof in some Republican governors’ calls to utilize or expand mail-in voting in states including New Hampshire, Indiana, Maryland, and Ohio. They argued the method didn’t favor a party.

“You have states like Utah, which is a more Rrepublican state, they’re almost entirely vote-by-mail,” Klobuchar told Fox News.

Critics said states voting entirely by mail took years, not months, to transition. The cost could reach into the billions for printing, postage, and counting on the back end, and accuracy also was a concern. Absentee ballots tend to be rejected more often than ballots cast in person, partially because of a process known as curing, where voter signatures are compared to a signature on file.

Without federal reforms, states could be left to navigate a minefield of partisan politics. Case in point: Wisconsin.

At least 14 states are geared for a possible replay, as governors don’t have the express power to suspend state laws to extend voting days or absentee voting, even in a state of emergency.

“One of the challenges that each state faces is determining the scope of power that various officials have within that particular state’s election system,” Morley said.

Some states have been proactive, preparing for unusually high absentee turnout, but some are toying with technology. It’s reported jurisdictions in 15 states including West Virginia plan to use a mobile voting app for some voters before November, despite concerns from cybersecurity experts. 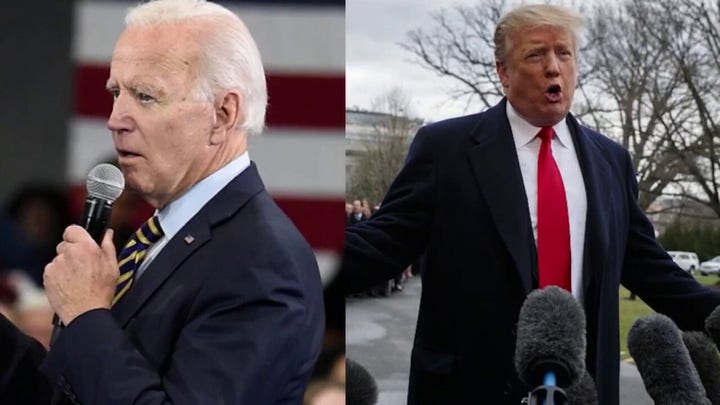 West Virginia pulled the plug on mobile app Voatz after cyber experts uncovered 79 flaws in the system. The state now plans to use a different app, but critics warn no platform is perfect, most lacking paper records for auditors.

“We see flaws in voting systems, whether they’re apps or computerized machines, which allow people to change votes, allow votes to get dropped, lost,” said Bruce Schneier, a fellow and lecturer at the Harvard Kennedy School. “It can happen at scale, and could happen remotely, and could happen in a way that’s undetectable. That’s what makes the system so scary.”

An NBC News-Wall Street Journal poll released Tuesday showed nearly two-thirds of voters wanted to see election laws changed to allow voters to cast ballots by mail in November due to concerns over the pandemic. More than half of respondents said the change should be permanent.