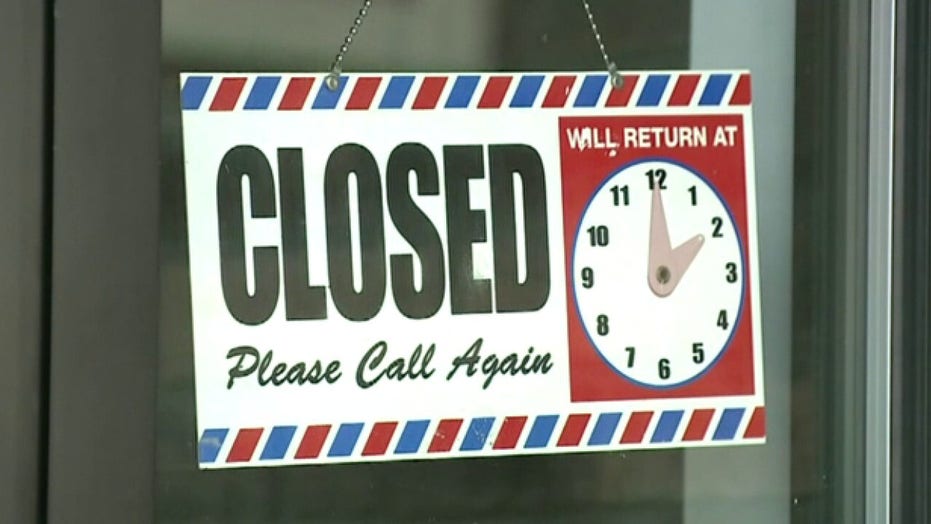 McConnell says US needs to provide protection for businesses and employees

“I look forward to seeing all my colleagues next Monday,” Senate Majority Leader Mitch McConnell, R-Ky., said this week, as some in Congress wondered if it was as much a declaration as it was a threat.

“Well, he likes to be known as the ‘Grim Reaper,’” opined one Republican aide sardonically of the leader’s self-embraced nickname.

Most senators would embrace such a courtly bidding from a southern gentleman like McConnell under normal circumstances. But, McConnell’s decision for the Senate to meet in the midst of a pandemic fomented consternation from both sides of the aisle. That’s not to say lawmakers aren’t itching to return to Washington. But, what perplexes skeptics is if McConnell’s decision was in the health interest of the nation and the Senate.

Health restriction orders have remained in place for the District of Columbia, Virginia and Maryland.

“People are still scared,” one senior congressional source said. “There is still apprehension among lawmakers about returning to the National Capital Region.”

The House of Representatives whipsawed between announcing on the fly late Monday that it too would return to session next week. That ignited a firestorm of criticism from lawmakers and aides.

“I find it very troubling,” one House chief of staff shared.

The House plan was to conduct one vote next Monday on a non-controversial item, known as a “suspension bill.” By definition, a suspension bill would need a supermajority to pass. So, people already were questioning the wisdom of convening the House to vote on such a measure. The rest of the House calendar was up in the air.

Multiple sources told Fox News that Rep. Debbie Wasserman Schultz, D-Fla., during a caucus conference call, condemned the decision to lug lawmakers back to Washington. Wasserman Schultz argued House members would fall ill and the maneuver would expose aides and their families unnecessarily if people did contract COVID-19. House leaders also observed that the next big coronavirus bill wasn’t ready to go. So, why insist on a congressional convocation if major legislation isn’t ripe?

Aides and staff excoriated leaders for calling the House back to session lacking a full-blown plan to do it safely.

By Tuesday morning, House Majority Leader Steny Hoyer, D-Md., backtracked. “We’ve made a judgment, we will not come back next week,” he said.

Hoyer indicated he consulted with Capitol Attending Physician Dr. Brian Monahan and reversed course. “The doctor was concerned because the [coronavirus] numbers in the District of Columbia are going up, not down.”

“In other words, we made a decision to come back without talking to the attending physician?” one House source asked. “We can’t even follow our own health guidelines.” 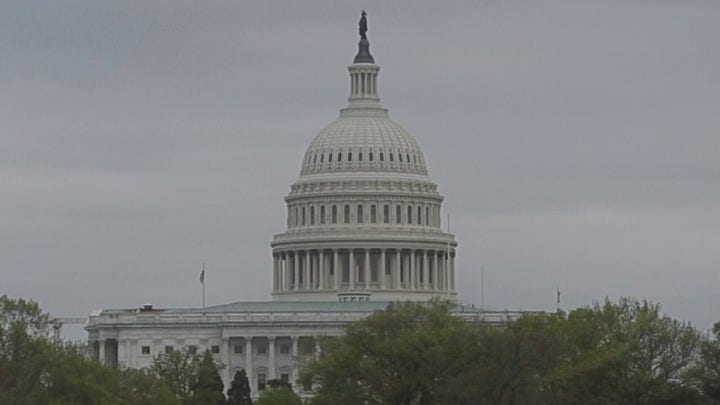 But, the Senate still planned to meet.

Granted, the Senate is markedly smaller than the House. But, one source then wondered how the Senate could possibly conduct business against the advice from the attending physician. The Senate has locked in a vote for next Monday to confirm Robert Feitel as a commissioner on the Nuclear Regulatory Commission.

The confirmation of Supreme Court Justice Brett Kavanaugh this is not.

“We’re risking ourselves to vote on confirmation? A commissioner for the Nuclear Regulatory Commission?” said one senator who asked to not be identified. “There are questions about the validity of this.”

“Reopening Congress” isn’t easy. It’s often said that each House and Senate office is like “535 private businesses,” run by “535 CEOs.” In this case, there are 535 separate public health commissioners. Aides often are crammed into tiny offices, working just inches from one another at jerry-rigged desks. Individual offices are to decide if aides should return to work in the notoriously cramped environs.

University presidents have been wrestling with whether their students should return to campus in the fall, sit in crowded classrooms and live in dormitories. Congress is a lot like a college campus in that sense, with similar worries. 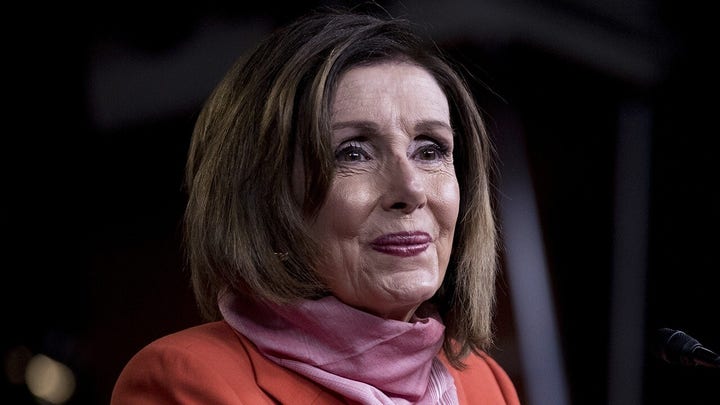 “We’re talking about 20,000 people who work on Capitol Hill,” said John Lawrence, a former chief of staff to House Speaker Nancy Pelosi, D-Calif. “You’re talking about thousands and thousands of people who travel the country, being exposed to people from all over the country. They need a much higher level of health security than can really be provided in a Capitol Hill environment.”

And, how do you deal with lawmakers who sleep in their Capitol Hill offices and then shower and bathe in the House or Senate gym? The hygiene of those practices was in question well before COVID-19.

“I don’t know how many times the Office of the Attending Physician has sent out messages about masks, and yet not everybody is wearing them,” one senior congressional staffer groused. “People don’t read what you send them to read.”

So, what does Congress look like when it comes back? What safety precautions are in place? Or, is it business as usual?

“Fear drives a lot of people,” one Capitol Hill source said. “It takes a while for a rational answer to sink in.”

Congress is often about optics, especially in an election year. Lawmakers have been skittish about the public perceiving them as “not doing their jobs,” even if major legislative items aren’t teed up yet, and some lawmakers wouldn’t want to look like they’re skirting official duties.

This would entail senators boarding airplanes, flying to Washington, circulating around their offices, the Senate floor, presumably hearing rooms, congressional corridors and elsewhere for four or five days – and then boarding an airplane come Thursday or Friday and returning to their home states. Then, doing it all again a week from next Sunday or Monday.

Fox News is told that the attending physician has tried to model his guidance for the Capitol to comport with local health standards in Washington. That’s why on Tuesday, he and the House and Senate sergeants-at-arms extended access restrictions to the Capitol through May 16. So, it’s unclear how Senate sessions would comport with that medical advice.

That’s why some in Congress have questioned whether the Senate’s “meetings” could be little more than a political mirage.

In the summer of 2018, McConnell announced the Senate was “canceling the August recess.” It didn’t quite work out that way. After a brief respite at the beginning of August, senators returned to Washington “from vacation” to “work.” Despite that, the Senate met for an hour one day before recessing, then took a procedural vote later that afternoon. Senators returned the next day for less than a handful of votes and left. The entire enterprise interrupted the August recess for 29 hours. But, McConnell scored the headline that he “canceled the August recess.”

So, what should Congress come back to do? 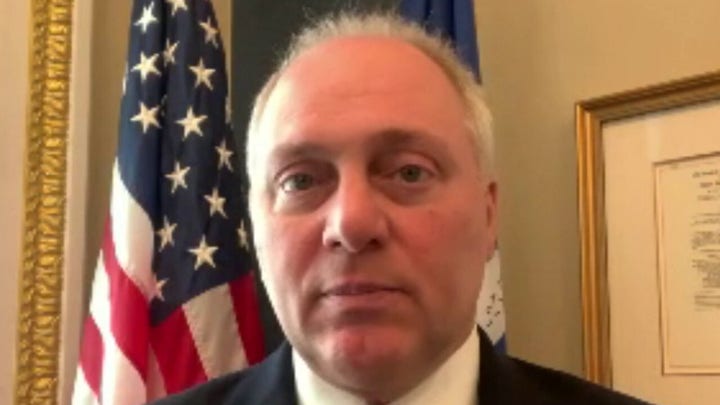 House Minority Whip Steve Scalise, R-La., published a statement Tuesday arguing, “The House Must Get Back to Work.” He criticized House Democrats for canceling next week’s session. But, in an interview earlier, Scalise said, “If they’re going to call Congress back, it should be for something substantive, not naming a post office that could be done at some other time when we’re not in the middle of this pandemic.”

Former Rep. Gregg Harper, R-Miss., chaired the House Administration Committee while he was in office. The House has charged that panel with operations of the Capitol complex, ranging from security to office management.

“The decision on when to start back up shouldn’t be a political decision,” Harper said. “It should be a decision of, ‘OK. Do you have legislative business? Does it need attending to? Is this the time to start?’ If it’s not pressing, do you put it off for a couple of more weeks?”

Harper noted that restarting Congress was “not flipping a switch,” but he added that Congress will have to “ease into it.”

Still, “soon” may come more quickly than expected. Fox News is told the tranche of small business aid approved last week could be exhausted in a matter of days. That could force Congress to address that program again – “soon.”

But, nobody said anything about Congress getting “back to normal” anytime “soon.”