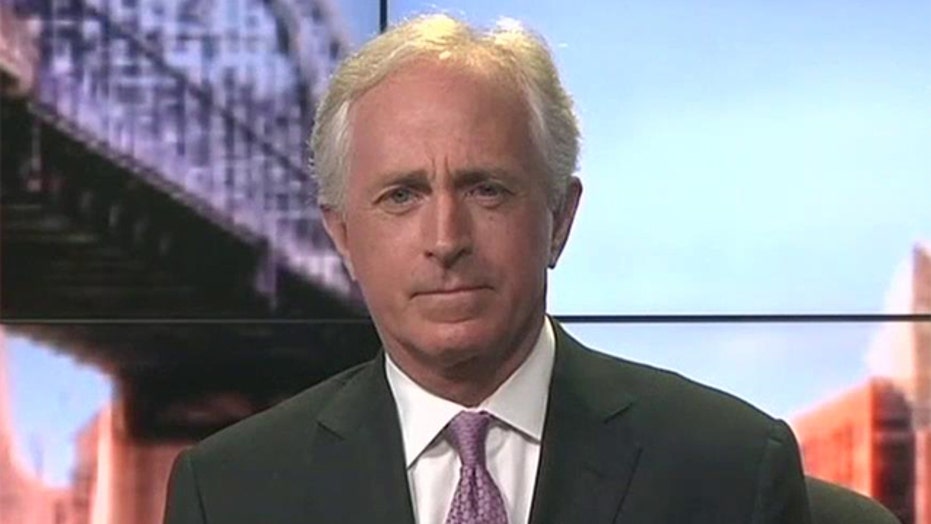 Tennessee Republican Sen. Bob Corker said Sunday that he’s moving ahead with his bill to give Congress a mandatory review of the recent Iran nuclear agreement but that the legislation is still several votes short of veto-proof passage.

Corker, chairman of the Senate Foreign Relations Committee, told “Fox News Sunday” that the GOP-controlled chamber is two or three votes shy of the 67 needed to override a vowed White House veto. Corker said he talked over the weekend to Democratic holdouts to get their votes to reach the veto-proof majority.

He also made clear that he is open to a deal that would curtail Iran’s ability to create a nuclear weapon but said that “Congress needs to be playing a role.”

The United States and five other world powers reached the tentative agreement Thursday with Iran to limit that country’s nuclear enrichment program toward a final, June 30 deal.

The Republican-led Congress has insisted that members have a final say on the deal to ensure Americans that the Obama administration is not accepting a bad deal.

“The American people want to know somebody is teasing out the information” about the deal, Corker said Sunday. “Congress has to be involved in this way.”

To be sure, within hours of the framework deal being announced, Iran and the U.S. released significantly different details -- including those on inspections, when roughly $130 billion in economic sanctions on Tehran would be lifted, the number of centrifuges that will remain and what will happen to the country’s nuclear stockpile.

The Senate committee is set to vote April 14 on the bipartisan bill.

The Iran Nuclear Agreement Review Act of 2015 calls on the president to submit the final agreement to Congress within five days of it being signed and states he cannot “suspend” or “reduce” sanctions during a 60-day congressional review.

After the agreement was reached Thursday, the president warned, “If Congress kills this deal -- not based on expert analysis, and without offering any reasonable alternative -- then it’s the United States that will be blamed for the failure of diplomacy. International unity will collapse, and the path to conflict will widen.”

Corker also said Sunday that negotiators of the deal told him that Congress’ input and the threat of sanctions didn’t hurt negotiations and in fact were factors in reaching a better deal.