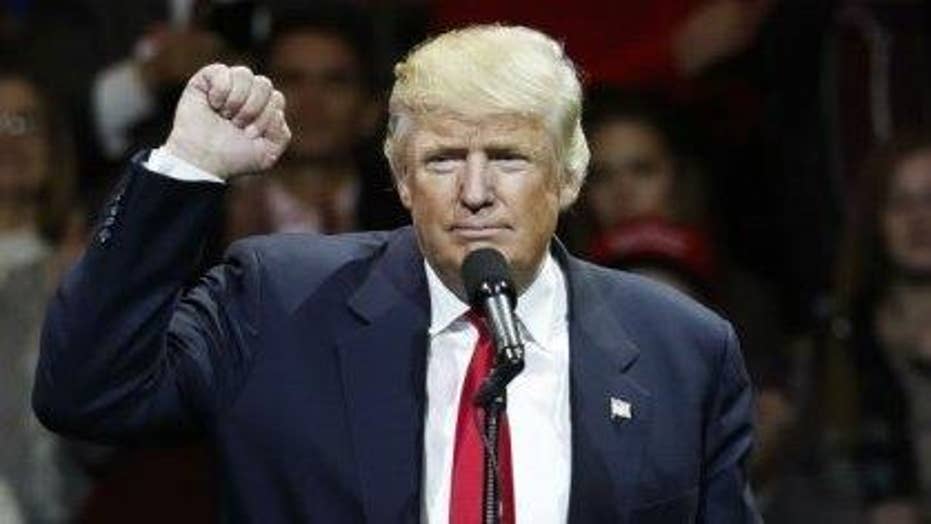 Trump team on Taiwan: It was 'just a phone call'

Bryan Llenas reports on the latest developments within the Trump transition

Washington has pursued a so-called "One China" policy since 1979, when it shifted diplomatic recognition of China from the government in Taiwan to the communist government on the mainland.

Under that policy, the U.S. recognizes Beijing as representing China but retains unofficial ties with Taiwan.

China on Saturday filed a diplomatic protest about the call, which it blamed on Democratic-runTaiwan.

Conway said Trump is “fully aware of the One China policy” and that he is routinely briefed by foreign policy and military experts, amid reports he doesn’t take daily State Department briefings.

And she accused the media of “cherry picking” about who has called Trump, a Republican, to congratulate him on his upset win over 2016 Democratic presidential nominee Hillary Clinton.

Conway, who became Trump’s campaign manager in the final stages of the White House race, argued that the president-elect and Vice President-elect Mike Pence have received such a call from 49 or 50 other world leaders.

Conway also said that if the conversation with Tsai sends any signal, it’s that Trump accepted a congratulatory call.

Conway suggests that the outrage over the call shows many Americans' unwillingness to accept Trump as their president and to give him a chance, which includes Green Party presidential nominee Jill Stein’s three-state, vote-recount effort.

“Give it up,” she said to Stein. “Even your friends at the Clinton campaign said it won’t change the results.”