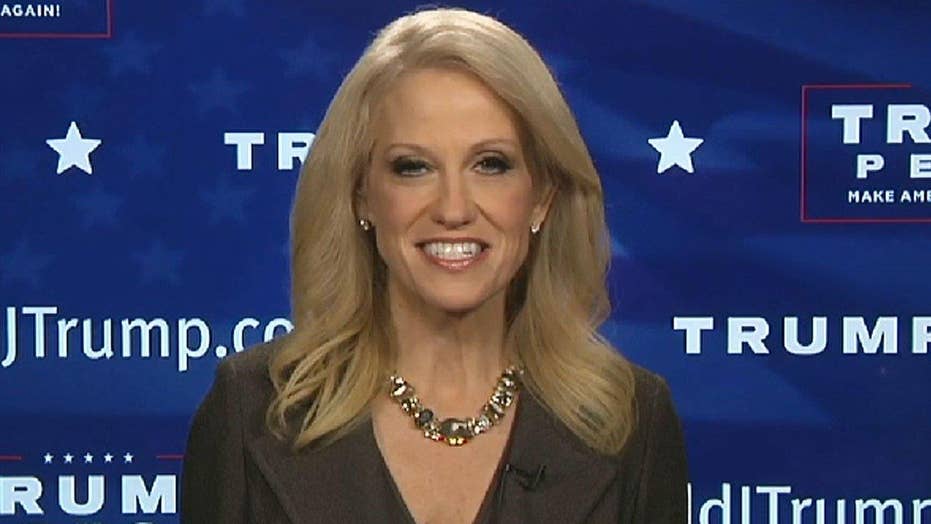 Senior adviser to President-elect Trump speaks out on 'Hannity'

President-elect Donald Trump's campaign manager Kellyanne Conway pushed back Wednesday against reports that the transition of power had descended into chaos, claiming that the real estate mogul was honoring his campaign slogan and is "already draining the swamp."

"I would just tell these people [to] give this president-elect his opportunity to nominate and to appoint his Cabinet, his senior team," Conway told Fox News' Sean Hannity on "Hannity." "This is a very engaged president-elect, who’s going to make good on his campaign promises and do what’s right by the country."

Conway attributed the leaks to disgruntled lobbyists and Washington insiders who could not find a place on the team.

Conway also criticized the ongoing protests against Trump's election, saying that their "grievances and complaints" had been "rejected" by the voters.