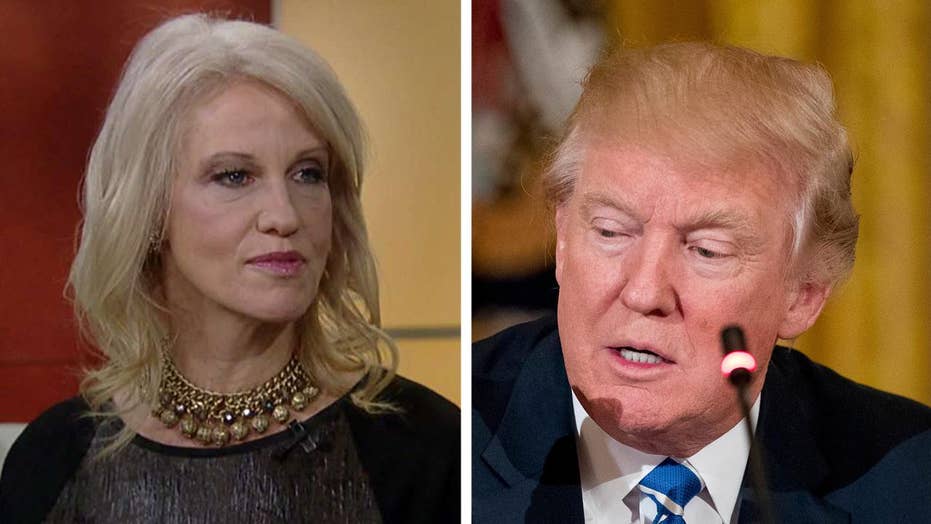 White House Counselor Kellyanne Conway on Monday brushed off a demand by Sen. John McCain to either provide evidence of President Trump’s wiretapping claims or retract the allegation, saying the White House will wait until congressional committees release their own findings.

“We will comment further after those findings are made clear,” Conway told “Fox & Friends.”

She was responding to McCain, R-Ariz., who on Sunday said Trump has “one of two choices” to make regarding his explosive allegation two weekends ago that former President Barack Obama tapped his phones.

“Either retract or ... provide the information that the American people deserve, because, if his predecessor violated the law, President Obama violated the law, we have got a serious issue here, to say the least,” he said on CNN’s “State of the Union.”

Top lawmakers also expressed doubt Sunday that the Justice Department would meet a bipartisan request to provide evidence by Monday.

“I don’t expect to see any evidence,” Rep. Adam Schiff, D-Calif., the top Democrat on the House intelligence committee, told ABC’s “This Week.”

Schiff and committee Chairman Rep. Devin Nunes, R-Calif., made the request in a letter Saturday.

In a tweet Monday morning, Conway said they are “pleased” the House and Senate intelligence committees are investigating, “& will comment after.”

She echoed that assessment on “Fox & Friends,” noting the congressional investigation is ongoing.

After Trump’s tweets touched off a firestorm, the White House has sought to move beyond the controversy for now by putting the investigation in Congress’ hands, focusing instead on the push to advance Republicans’ ObamaCare repeal bill and other initiatives.

Conway, though, said Monday that leaks about the administration are “coming from somewhere.” As to Trump’s specific – and most controversial – claim that Obama had “wires” tapped in Trump Tower, Conway said: “We’ll see where these investigations lead.”

The committees have not given a timetable for when their work might conclude.