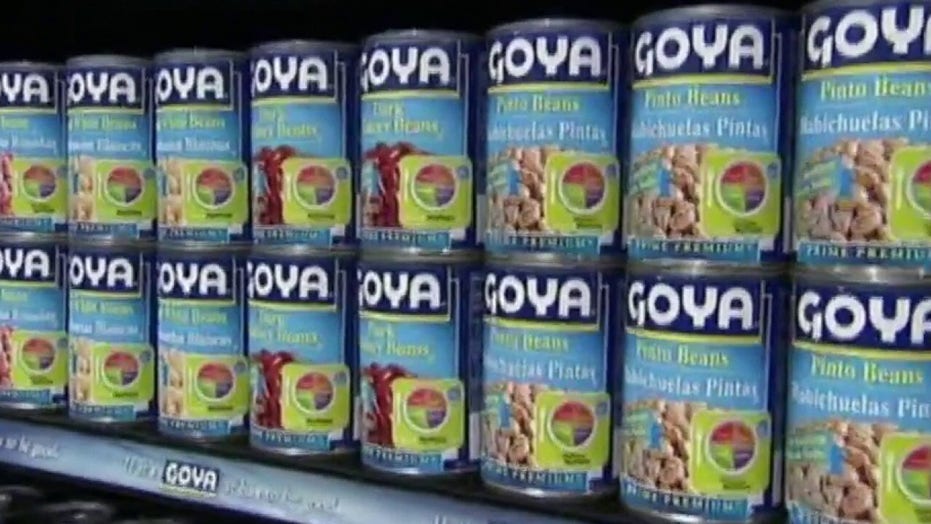 A number of prominent conservatives have offered their support for Goya Foods as it faces mass calls for boycott over its CEO's decision to praise President Trump.

President Trump similarly tweeted "I LOVE @GoyaFoods!" amid the backlash. Figures such as former model Chrissie Teigen had advanced the boycott as a way to retaliate against CEO Robert Unanue, who appeared beside Trump at a White House event this week.

"We're all truly blessed at the same time to have a leader like President Trump, who is a builder," he said. Trump was promoting the White House Hispanic Prosperity Initiative, which is designed to expand educational and economic opportunities for Hispanic-Americans.

While criticizing the boycott, "The View" co-host Meghan McCain warned that it might result in job loss during the difficult economic problems begot by the coronavirus pandemic.

"It seems weird & callous to boycott a company who supplies food to the masses and employs 4,000 people during a pandemic," she said in a post retweeted by conservative author Ben Shapiro. "No matter what your politics, who wants more people out of work? Almost every CEO, boss, & person I interact with and consume products from disagrees with me."

"Imagine boycotting one of America’s largest minority-owned businesses and thinking that you’re doing something to end racism," he tweeted on Friday. "That’s the current mindset of the leaders of the Democrat party."

Meanwhile, the boycott has received support from figures like Rep. Alexandria Ocasio-Cortez, D-N.Y. "Oh look, it’s the sound of me Googling 'how to make your own Adobo,'" she tweeted alongside a call for the boycott.

Teigen pushed back on the idea that she was hurting Goya's workers, and vowed to financially help the farms affected. "The next step republicans [sic] will do (mark my words, they did this with my equinox tweets as well) is say you aren’t supporting the workers if you boycott," Teigen tweeted.

"You ARE. They should never feel they have to work for someone who agrees Mexicans are 'vile' 'rapists,'" she wrote, a reference to remarks by Trump at the very start of his presidential campaign in 2015.

Unanue has refused to back down and called the pushback against him visiting the White House “suppression of speech.”

On Friday, he told "Fox & Friends" that he was previously invited to the White House for an event hosted by the Obama administration for Hispanic Heritage Month. “So, you’re allowed to talk good or to praise one president, but you’re not allowed to aid in economic and educational prosperity? And you make a positive comment and all of a sudden, it is not acceptable,” Unanue said.