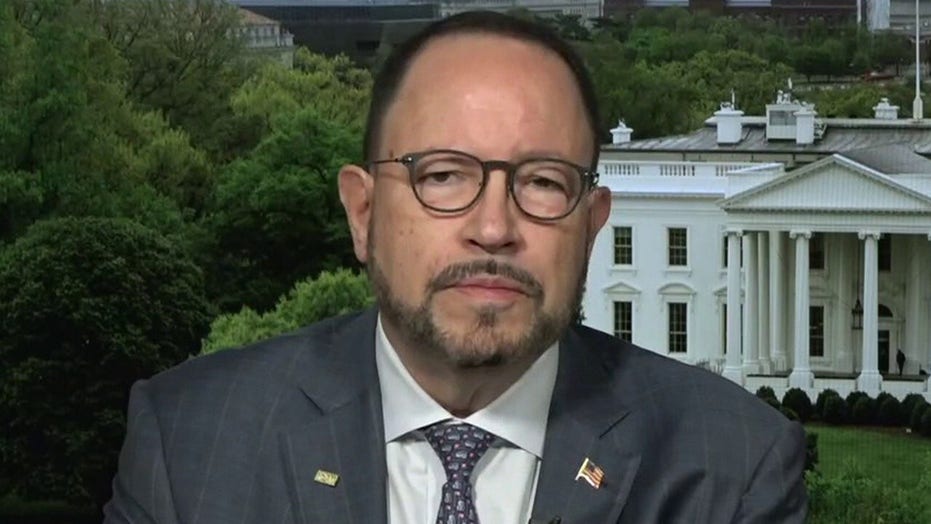 Goya Foods President and CEO Bob Unanue calls the criticism hypocritical since he also appeared with President Obama at the White House.

Goya Foods President and CEO Bob Unanue said on Friday that he is not backing down in the face of a boycott over his visit to the White House.

“We were part of a commission called the White House Hispanic Prosperity Initiative and they called on us to be there to see how we could help opportunities within the economic and educational realm for prosperity among Hispanics and among the United States,” Unanue told "Fox & Friends."

Unanue said that the United States is the second-largest Hispanic country in the world behind Mexico.

Politicians and celebrities are boycotting Goya, the largest Hispanic-owned food company in the country, after its CEO, Robert Unanue, praised President Donald Trump during an event Thursday at the White House.

"We're all truly blessed at the same time to have a leader like President Trump, who is a builder," said Unanue, who is of Spanish descent, at the event. 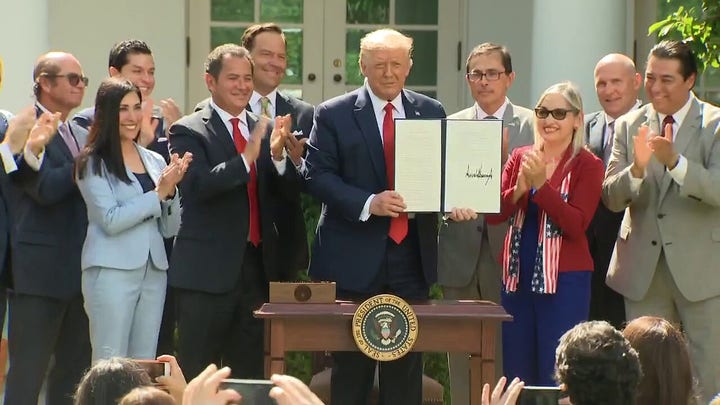 Trump hosted Hispanic leaders at the White House on Thursday and signed an executive order on the White House Hispanic Prosperity Initiative to use more taxpayer support for private and charter schools and “improve access by Hispanic Americans to education and economic opportunities.”

Critics like Rep. Alexandria-Ocasio Cortez, D-N.Y., former Democratic presidential candidate Julian Castro of Texas and a number of celebrities took aim at the company on social media with hashtags like #BoycottGoya and #GOYAWAY. Many urged people who use Goya products to start buying similar foods and condiments produced by the company's competitors.

Unanue called the pushback against him visiting the White House “suppression of speech.” Unanue said that he was previously invited to the White House for an event hosted by the Obama administration for Hispanic Heritage Month.

“So, you’re allowed to talk good or to praise one president, but you’re not allowed to aid in economic and educational prosperity? And you make a positive comment and all of a sudden, it is not acceptable,” Unanue said.

Unanue said he is not apologizing for his remarks supporting Trump's economic policy and would not turn down other future invitations.