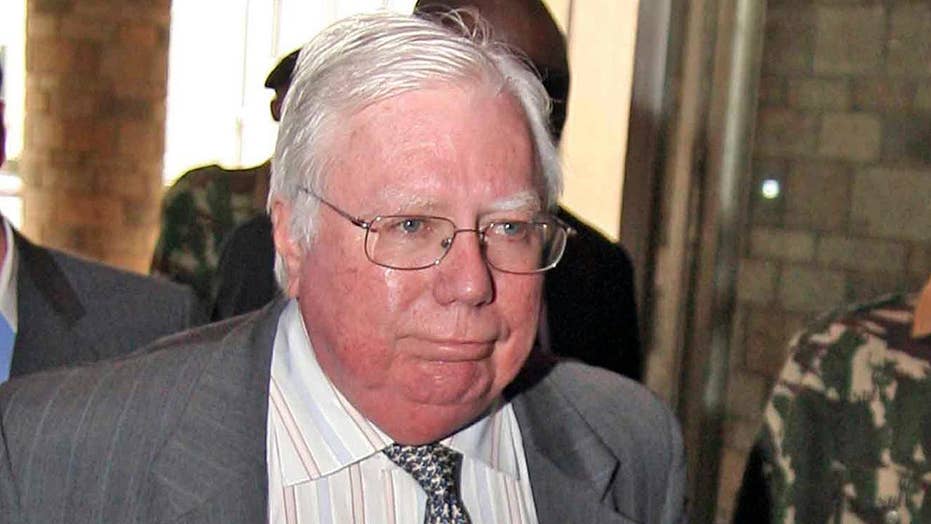 Corsi detailed his plans in an email to The Associated Press and statements to other news outlets.

"They can put me in prison the rest of my life," Corsi told CNN. "I am not going to sign a lie."

Corsi, who wrote the anti-President Obama book "The Obama Nation," recently announced that he expected to be indicted in Mueller’s probe of Russia and the 2016 campaign.

Corsi is connected with political operative Roger Stone, who has said he believes Mueller is investigating whether he had advance knowledge of WikiLeaks releasing hacked emails of Democrats during that campaign. President Trump repeatedly has said there was no collusion between his campaign and Russia.

In a statement to Fox News on Monday, Stone denied advanced knowledge of email hacking.

“I continue to see that my friend Dr. Jerry Corsi is being harassed by the Special Counsel, not for lying, but for refusing to lie,” Stone said.

Stone added: “It is inconceivable that in America someone would be prosecuted for refusing to swear to a false narrative pushed on him by the Mueller investigators. If Jerry ever deduced that Mr. Podesta’s emails had been purloined and would be published by WikiLeaks, he did not share that conclusion with me.”

Earlier this month, Corsi revealed online that he had received a subpoena from two FBI agents who arrived unannounced on Aug. 28 at his home.

He said his ongoing negotiations with Mueller and his team have "just blown up" in the two months since, even though he said he "did everything" he could to cooperate and thought he was "doing a pretty good job" of it, including by turning over two computers to investigators and giving the FBI permission to review all of his email accounts and tweets.

"This has been one of the most frightening experiences of my life,” Corsi said.

Several of those ensnared by Mueller's investigation have faced indictments and convictions for matters unrelated to any illegal collusion with the Russian government. Former Trump campaign chairman Paul Manafort, for example, was convicted of unrelated bank fraud and tax crimes that stemmed from his earlier business dealings with Ukrainian officials.

In a court filing Monday night, Mueller said Manafort lied to the FBI and special counsel's office after striking a plea deal, but added that Manafort claimed he'd been truthful.