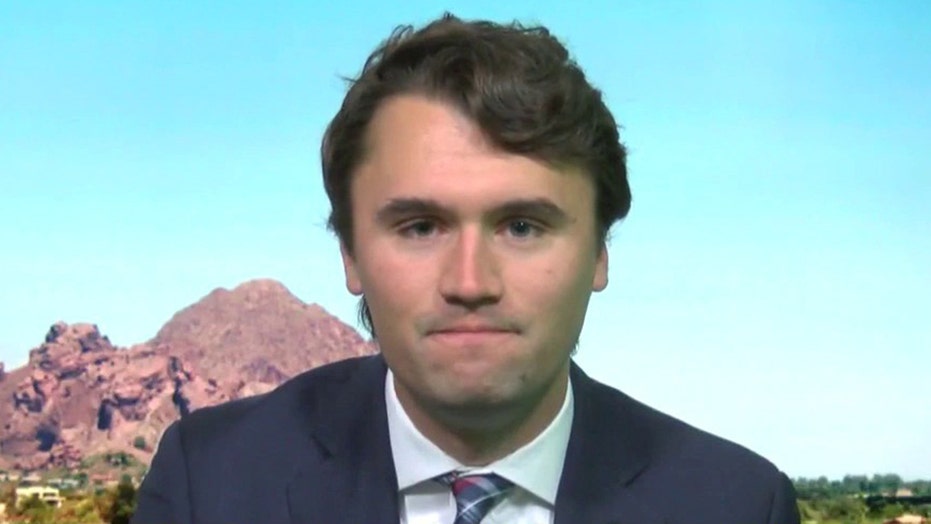 Charlie Kirk: Trump's student rally was very special and the media's going to ignore it

EXCLUSIVE: Conservative group Turning Point USA launched a new initiative Thursday encouraging college and university donors who believe their values no longer align with their alma maters to "de-commit" their gifts and redirect the money to different causes – rather than fund “left-wing indoctrination.”

Turning Point USA founder and President Charlie Kirk dubs the initiative “DivestU,” which the organization calls their “most aggressive project yet to combat rampant Leftism at universities by striking where they are most vulnerable: their wallets.”

In an interview with Fox News, Kirk said his organization has been “on the front lines” of fighting the “left-wing indoctrination and general intolerance toward the diversity of ideas” on college campuses across the nation.

“For years I have grown frustrated at how center-right philanthropists and business people continue to write big checks to these universities,” Kirk said. “We encounter a lot of these colleges that feel emboldened by their multibillion-dollar endowments and steady flow of capital from alumni and donors.”

Kirk argued the initiative turns a common tactic of progressives against them.

“For decades the radical left has used divestments as a tactic to try to push for divisive, Marxist ideas – conservatives have never used divestments as a tactic,” Kirk said. “We’re telling donors they should no longer be writing these seven-figure checks to institutions that are, essentially, the root causes for a lot of the cultural regression we have seen in recent months.”

Turning Point USA, a conservative student organization, launched the program on Thursday with a website and told Fox News that the initiative already has de-committed $7 million in gifts from Harvard and Baylor University.

“Some donors are just recommitting the money and putting it toward a hospital or a local food bank – they have lots of different types of plans. Some want to divest their dollars and then fund conservative speakers to come onto campuses,” he said. “Whatever they decide to do with their money is within their own volition, but once the university no longer has that capital under their umbrella, it really does send a powerful message and a powerful signal that they are giving a vote of disapproval.”

Kirk told Fox News that Turning Point USA “does not touch the money” as part of this initiative.

Kirk said he is encouraging donors to be “vocal” in de-committing their donations and communicating to university and college presidents to explain why.

The first donors to participate in “DivestU” were Stacey Feinberg, from Harvard, and Keith Rose, from Baylor.

“Harvard: for decades we admired your Noah’s Ark of cultures and ideals – but then you filled your hallowed halls with ideological arsonists and as your ivory tower burns you have the audacity to ask alumni to pay for the firemen!” Feinberg said in a statement. “You’re not getting another dime from us, Harvard!”

Rose told Turning Point USA that he “could no longer be a spectator.”

“The first thing I had to do was choose to not support a mechanism that wasn’t teaching or educating my children, but was instead subverting them and changing them through ideology,” Rose said.

Kirk said they are planning “dozens of other university announcements of major gifts and finalizing those figures right now.”

He added: “Let’s just say, they’re done. They no longer want to have their hard-earned capital go toward colleges that are reinforcing the exact opposite of their world view and what is good for our country.”

President Trump last week tweeted that schools could be stripped of their tax-exempt status if they engage in "Radical Left Indoctrination." 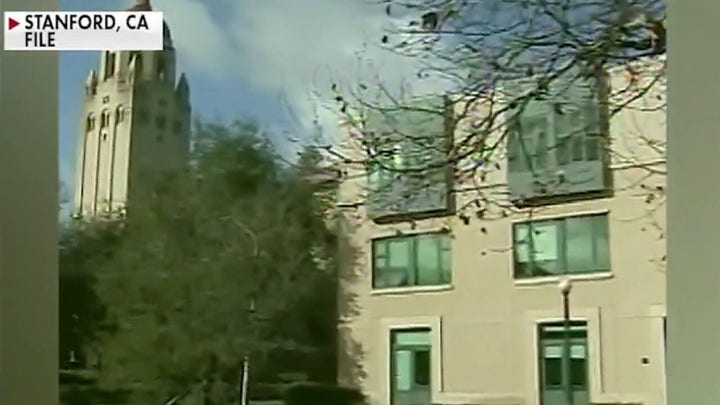 Republicans have long railed against the political environment in public schools and universities, citing "free speech zones," cases of professors and administrators showing hostility toward conservative students, and saying that in many cases faculty donate overwhelmingly to Democratic politicians and left-wing causes.

But higher education officials bristle at the accusations. Terry Hartle, with the American Council on Education, hit back at Trump's Twitter threat.

“It’s always deeply troubling to have the president single out schools, colleges or universities in a tweet,” Hartle told The Associated Press.

Kirk argued that universities need to "feel some form of loss for this kind of culture they have allowed to continue toward conservative students and students with dissenting opinions."

“These colleges need to be put on notice,” he said. “... You hit ‘em in the pocketbook. We are confident this will be the best way.”