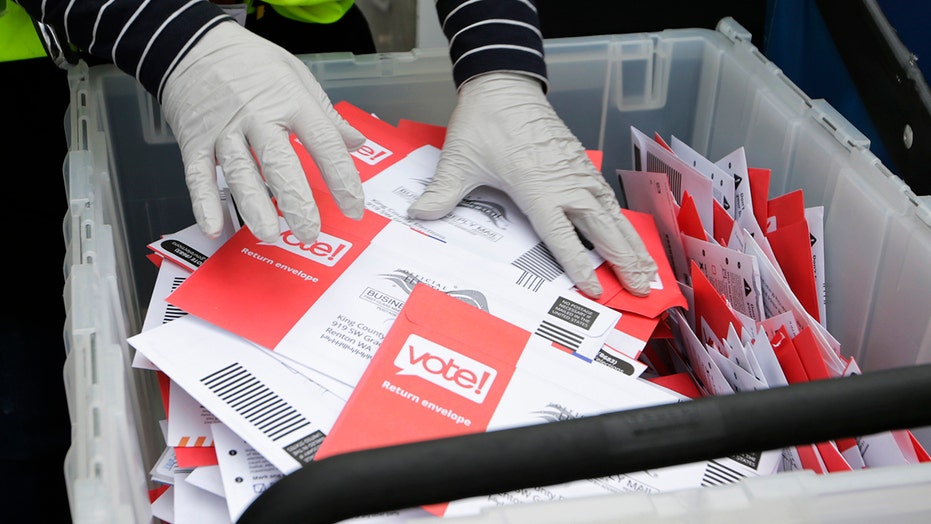 A conservative group says it’s spending $1 million to run ads starting Sunday in support of expanding voting by mail and absentee balloting amid in-person voting health concerns due to the coronavirus pandemic.

The organization – Republicans for the Rule of Law – says its aim is to also encourage Congress to increase funding in the next likely coronavirus stimulus package to help states expand voting by mail. The organization is under the umbrella of conservative commentator and never-Trumper Bill Kristol’s advocacy group Defending Democracy Together.

NEW SALVO IN BREWING FIGHT OVER EXPANDING VOTE BY MAIL

In one of the spots, people described as Republican voters say, “Voting is our patriotic duty as American citizens. If coronavirus is still around in November, it won’t be safe to gather at polling places. Congress needs to step up and help the states prepare for expanded mail and absentee voting to ensure a fair, safe, and secure election for everyone. Tell your elected officials we shouldn’t have to put ourselves in danger to vote for you.”

In another TV commercial, the narrator highlights that “millions of Americans already vote by mail or absentee. The military has been doing it securely for over 200 years. Tell Congress give our states now what they need to protect our health and protect the safety and security of the election in November.”

The group says the ads will start running Sunday on Fox News during its town hall with President Trump. They say the commercials will also run Monday and Tuesday on Fox News, CNN, MSNBC, and on Sinclair TV stations accross the country, and that the campaign will continue with digital spots for the next couple of weeks.

The $2 trillion economic stimulus package passed by Congress and signed into law by the president a month ago – which aimed to help workers, small businesses and large companies devastated by the shutdown of much of the nation’s economy due to the pandemic, as well as provide aid to hospitals on the front lines in the crisis – also included $400 million to help states move toward mail-in voting.

Senate Democrats had pushed for $2 billion in election funding, with House Democrats angling for double that amount. Congressional Democrats say they’ll work to increase funding in the next stimulus package. The political maneuvering over the next stimulus is already underway in the nation’s capital.

A study from the nonpartisan Brennan Center for Justice released last month spotlighted sweeping changes to current voting practices across the country – such as universal mail-in voting, ballot drive-by drop off boxes from coast to coast, and easier online voter registration – to make voting in November safe. Their price tag to implement the changes was $2 billion.

The push by Democrats – and some Republicans -- will face plenty of opposition from the president and much of the GOP, who’ve long opposed moves to expand voting by mail and early voting by arguing that it invites voter fraud abuse. Democrats – pushing back on such arguments – say that cases of actual voter fraud are limited and claim that Republicans are trying to suppress voter turnout to improve their chances of winning elections. 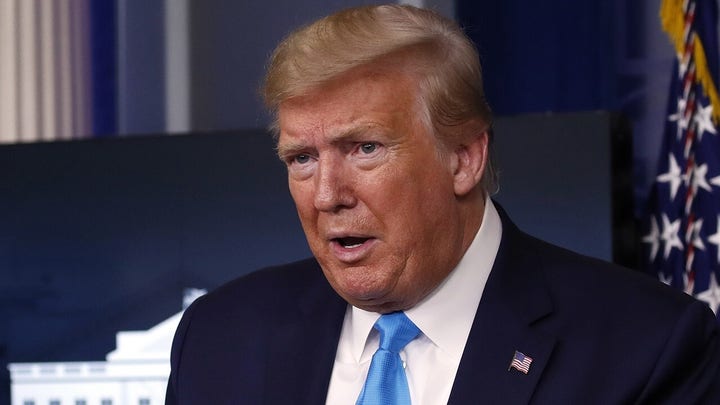 Trump then suggested that “you get thousands and thousands of people sitting in someone's living room signing ballots all over the place. … I think that mail-in voting is a terrible thing.” The president didn’t offer evidence to back up his claim that voting by mail is rampant with fraud and abuse.

The president’s comments follow a similar attack on voting by mail just days earlier, when he said “a lot of people cheat with mail-in voting.”

“It shouldn’t be mail-in voting," Trump added. "It should be: you go to a booth and you proudly display yourself. You don’t send it in the mail where people can pick up. All sorts of bad things can happen … by the time it gets in and is tabulated."

Ten Republican governors have been open to expanding voting by mail or absentee ballots at least through the primaries.

With the coronavirus outbreak forcing social distancing and keeping most Americans in their homes in hopes of preventing a spread of the virus, the Democratic presidential nomination calendar was upended, with many states delaying their remaining primary elections or transforming them nearly entirely to voting by mail and absentee balloting.

The most recent example was Ohio, which at the last minute postponed its March 17 primary and instead voted almost entirely by absentee balloting through the mail, with the contest extended through April 28. The roughly 2 million votes cast was below the 3.3 million ballots cast in the 2016 presidential primary (when there were competitive races for both major parties) but on par with the 2012 primary (when just the GOP primary was competitive).

But in Wisconsin weeks ago, after a bitter partisan fight won by Republicans, the state became the first in the nation to hold in-person voting during the pandemic.

With the state under a stay-at-home order, thousands of poll workers refused to show up over health concerns, forcing many cities and towns to cut the number of polling stations. Milwaukee was down to just five polling sites from the original 180.

Even though the National Guard stepped in to provide some assistance, long lines instantly formed as the polls opened, with many voters waiting hours to cast a ballot. In many instances, social distancing was extremely difficult to maintain.

Democrats in Wisconsin and across the nation decried the rulings to carry on with the in-person voting during the pandemic. As of Tuesday, at least 40 people who said they voted in-person or were poll workers in Wisconsin’s April 7 primary tested positive for the coronavirus, state health officials said.