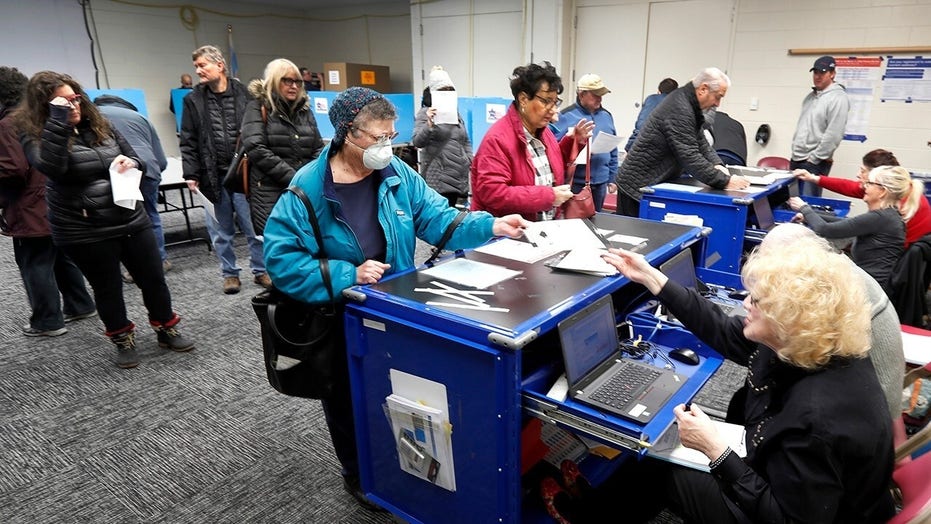 With the coronavirus outbreak forcing states with upcoming presidential primaries to postpone their elections, there’s growing concern that the pandemic that’s sweeping the nation and forcing many Americans to hunker down in their homes could severely impact November’s general election.

A new study from the nonpartisan Brennan Center for Justice spotlights sweeping changes to current voting practices across the country – such as universal mail-in voting, ballot drive-by drop off boxes from coast to coast, and easier online voter registration – to make voting in November safe.

But the authors of the study urge that “implementing that plan must begin now” in order “to ensure that the pandemic does not prevent a free and fair election.”

And the plan isn’t cheap – with a price tag at roughly $2 billion.

One of the biggest costs would be sending and receiving ballots by mail – which should be covered by the U.S. Postal Service. The study estimates a price tag between $413 million and $593 million. And printing all those extra ballots would add another $54 billion to $89 billion to the bill.

Another big-ticket item would be the construction and maintenance of ballot boxes – where voters could drop off their mail-in ballots and avoid person-to-person contact. The study estimates a price tag of up to $167 million. Four states — California, Colorado, Oregon and Washington — already have drop-off ballot boxes.

Improvements in ballot processing would also increase the cost. The survey spells out that “some jurisdictions will need to purchase resources that include signature verification technology, high-volume mail processing and sorting equipment, and high-speed ballot scanners.”

The cost is estimated from a low of $120 million to a high of $240 million. And they point to another $92 million for more space for ballot processing and storage.

The study also suggests an additional $240 million to make in-person polling stations safer for voters and election officials and volunteers.

The authors of the Brennan Center study urged that “state officials, advocates, and citizens should take steps to reassure citizens that voting will be safe and to guard against the use of Covid-19 to suppress voters or otherwise manipulate the election.”

Americans will vote for president, control of the Senate and House of Representatives, governorships, state legislative and executive offices and more in November’s general election.