The U.S. is a wonderful country, but there’s a real problem with its justice system, former media mogul Conrad Black said Thursday.

Black spoke to Fox News' Laura Ingraham, host of "The Ingraham Angle," in his first American interview since receiving a full pardon from President Trump on Wednesday.

In 2007, Black was convicted of defrauding investors and obstructing justice. The Supreme Court ultimately struck down several of the convictions and his prison sentence was reduced to 42 months.

Black, who is also a historian and author, has lavished praise on Trump in countless columns and a political biography titled “Donald J. Trump: A President Like No Other,” which came out a year ago.

Multiple media outlets were quick to attribute Black’s pardon to his flattery of the president, but Black dismissed those comments. 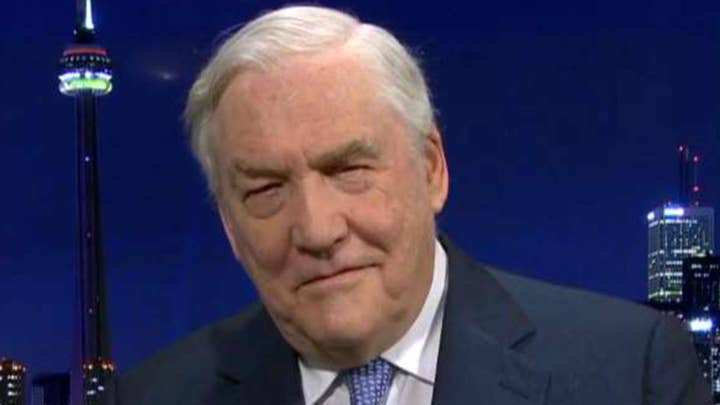 “I have absolutely no reason to believe the president is even aware that I wrote that book,” Black told Ingraham. “He certainly has never mentioned it. And in any case, anyone who has read it can see that it is not uncritical.”

Trump’s likely motivation was that Black had received an “unjust verdict,” and should have never been charged, Black said.

The prosecutor who had Black in his sights was Patrick Fitzgerald, the U.S. attorney in Chicago, who is now representing former FBI Director James Comey. Black said that the prosecutors, including the FBI, offered “absolute untruths every day. There was never any sanction for it.”

“Any jurisdiction besides the United States would bar most of these prosecutors. It was absolutely outrageous what they did,” Black said.

Black said when prosecutors target somebody, they "round up everybody near them," and force the accused to "jog" their memory, lest they be accused of perjury.

"If you can jog your memory successfully and help," Black said, "then you’ll have immunity from perjury and carry on. That’s how you get a 98 percent conviction rate – a North Korean rate of conviction. It’s a wonderful country, but there’s a real problem in the justice system.”