SAN ANTONIO, TX - OCTOBER 15: Democratic U.S. presidential hopeful Hillary Clinton acknowledges supporters at a "Latinos for Hillary" grassroots event October 15, 2015 in San Antonio, Texas. The event was part of the campaign's ongoing effort to build an organization outside of the four early states and work hard for every vote. (Photo by Erich Schlegel/Getty Images) (2015 Getty Images)

The Congressional Hispanic Caucus’ PAC – the group’s political wing – announced on Monday its endorsement of Hillary Clinton for president.

While the endorsement has been expected for weeks, it is still a coup for Clinton ahead of the Super Tuesday contests, in which Latino voters are expected to play a major role in deciding the Democratic nominee in states like Texas, Colorado and Georgia.

The PAC is chaired by a Clinton supporter, California Rep. Tony Cardenas, and the caucus is headed by California Rep. Linda Sanchez, another supporter of Clinton, who finds herself in a surprisingly tight race against Sen. Bernie Sanders of Vermont.

“Hillary Clinton has been a champion for the Latino community all her life and is fighting to address issues like making college affordable, creating jobs, keeping neighborhoods safe and increasing opportunity for all – but these are not just Latino issues, they are American issues," Cardenas said in a press release.

He added: "Although we respect Sen. Bernie Sanders, he has failed to stand with our community time and time again on issues that mattered most to us, voting against Hillary and Ted Kennedy’s 2007 comprehensive immigration bill six times – effectively killing our ability to make immigration reform a reality."

Throughout the campaign, a number of high profile leader leaders have hit Sanders on his vote against the 2007 immigration bill.

Only one member of the caucus has thrown his support behind Sanders. Arizona Rep. Raul Grijalva, who hit the campaign trail for the iconoclastic lawmaker ahead of the Nevada caucus. Grijalva is one of just four members of Congress backing Sanders’ White House bid.

In early battleground states, Clinton has relied heavily on the support of minority voters – particularly Latinos and African-Americans – and while she has recently seen some of them, particularly younger voters, move toward the Sanders camp, she maintains a solid lead among both groups.

In Texas, which has 4.8 million eligible Latino voters, Clinton also holds a commanding lead in the polls – holding 59 percent of the vote to Sanders’ 38 percent.

“It’s not about who says the right things to the Latino community – it’s about who can actually deliver for all working families," Sanchez said. "For me – and for all of us here – Hillary Clinton is the only choice.” 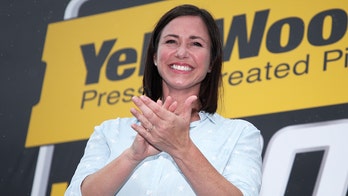 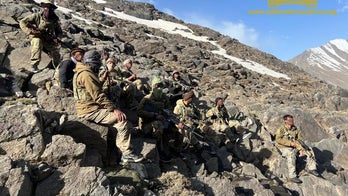