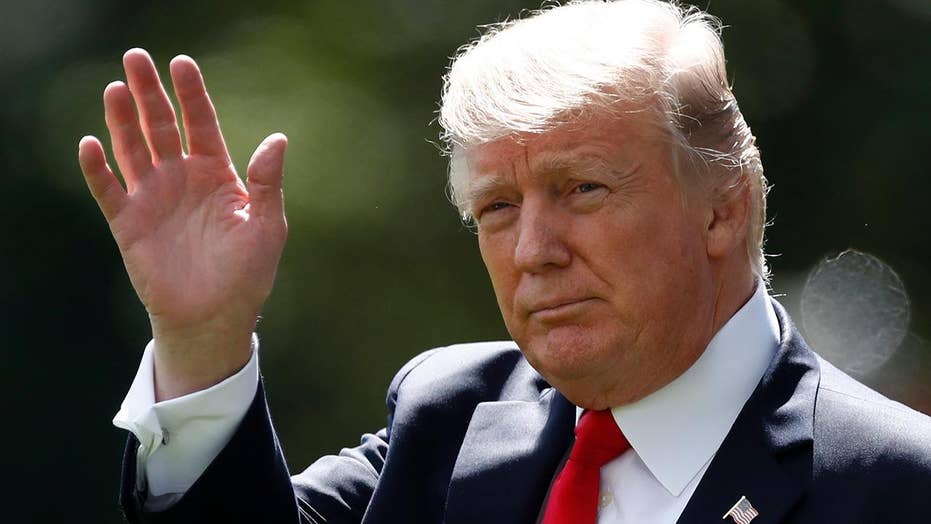 Will taxpayers pick up bill for Trump's dinner with Dems?

Congressional Democrats are expressing concern and frustration about their top two leaders making legislative deals with President Trump, despite the negotiations giving their party a bigger say in Washington.

Trump's apparent agreement Wednesday night with Democratic leaders to protect an estimated 800,000 young people who came to the United States under the Obama-era Deferred Action for Childhood Arrivals has upset the Congressional Hispanic Caucus, a source told Fox News.

Caucus members are largely concerned about not having input before Senate Minority Leader Chuck Schumer and House Minority Leader Nancy Pelosi strike any deals, including one that could include a U.S.-Mexico border wall or any other border security in exchange for protecting the hundreds-of-thousands of so called “Dreamers.”

Earlier this month, Schumer, New York, and Pelosi, California, struck a deal with Trump that allowed Congress to provide emergency funding for Hurricane Harvey relief in exchange for funding the government and raising the debt ceiling for roughly the next three months.

Virginia Democratic Rep. Gerry Connolly this week told Politico that the party’s rank-and-file base wants to at least know periodically that “parameters are being set.”

'Let's not fool ourselves,” Connolly also said. Trump “is this person we know, and I just think there must be both political and moral limitations with how far we're willing to cooperate with that."

Congressional Republicans are also concerned, considering they control and House and Senate, with fellow party member Trump in the White House.

House Speaker Paul Ryan, R-Wis., and other GOP House members adamantly insisted that there was no agreement this week to enshrine protections for the immigrants brought to America as children and now here illegally.

John Cornyn of Texas, the No. 2 Senate Republican, put it this way: There was "a deal to make a deal."

Trump said he was "fairly close" to an agreement that could protect Dreamers while adding border security, as long as his long-promised wall with Mexico was also separately addressed.

Pelosi and Schumer have insisted there was discussion and even agreement on legislation that would offer eventual citizenship to the immigrants in question.

Trump recently gave Congress six months to come up with a solution before the Dreamers’ protections would end, though what he would actually do absent congressional action is uncertain.

Trump has appeared to enjoy his newfound luster as a bipartisan dealmaker since the disaster-and-debt deal he struck with Pelosi and Schumer last week stunned Washington and garnered a stack of positive headlines.

Trump has referred to Schumer and Pelosi as "Chuck and Nancy" and struck the deals after Senate Republicans failed to pass a measure to repeal and replace ObamaCare, leaving a major Trump campaign promise unfulfilled.

Schumer, too, clearly relishes the deal making; he was caught on a live microphone on the Senate floor Thursday gleefully telling Majority Leader Mitch McConnell, R-Ky.: "He likes us! He likes me, anyway."

The willingness to engage with a president reviled by their party also worries liberals like Rep. Raul Grijalva, D-Ariz., who warned against "proceeding toward normalizing him."