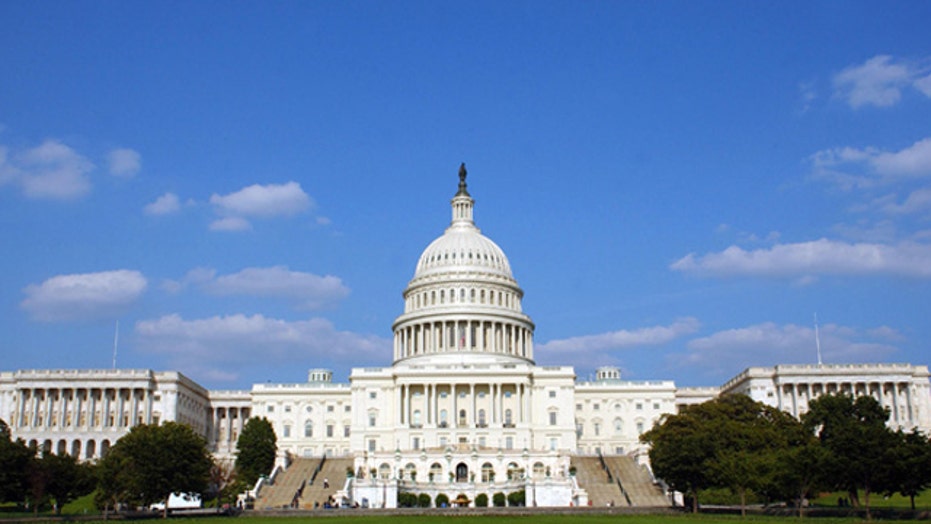 Members of Congress return this week to Capitol Hill after a five-week summer break for an abbreviated September session in which they are expected to pass a budget bill to avert a government shutdown, while avoiding taking any tough votes that could hurt their respective parties in the November elections.

Republicans last fall took much of the blame for a partial government shutdown created by Congress failing to pass a budget plan. And the GOP certainly wants to avoid such a situation this year, considering they have a solid opportunity to add to their House majority and perhaps take control of the Senate.

Passing a temporary spending measure would prevent a shutdown at month's end and fund government agencies into mid-December.

One of the most anticipated early votes -- whether to grant congressional approval for U.S. airstrikes on Islamic State military targets in Syria -- was thrown into doubt this weekend.

President Obama said in an NBC interview televised Sunday that he thinks he has the authority to “go on the offensive” against the Middle East militant group formerly known as ISIS. And he did not address questions about strikes in Syria.

In addition, Reps. Peter King, D-N.Y., and Adam Smith, D-Wash., each told ABC’s “This Week” that the president should take swift action instead of trying to get congressional approval and getting bogged down in a prolonged debate.

“Getting the exact language through Congress would be extremely difficult,” Smith said, “though I think that’s what we ought to do.”

House Republicans also plan votes in the coming weeks aimed at drawing attention to legislation they say would boost jobs and energy production.

"We're set up to paint a very stark contrast between ourselves and the Democrats who run Washington -- if we take advantage of it by getting our work done and getting our message out," House Speaker John Boehner, R-Ohio, told colleagues in a conference call last week.

Boehner said that message -- "our closing argument," he called it -- would focus on ways to get people back to work and "restore opportunity" for Americans.

Reid seems most intent on getting endangered incumbent Senate Democrats in Alaska, Arkansas, Louisiana and North Carolina back campaigning as soon as possible.

He is planning to adjourn the Senate by Sept. 23 after dispensing with the spending measure and holding votes -- destined to lose -- on Democratic planks such as raising the minimum wage and block the flow of unlimited, unregulated campaign cash from the wealthy, including the billionaire Koch brothers.

There are few must-pass items that require cooperation between the feuding House and Senate.

Atop the list is the spending measure to keep agencies funded at current levels through mid-December. That would give House and Senate negotiators ample time to work out a trillion-dollar-plus bill during a lame-duck session after Election Day.

Boehner is looking to settle a split among Republicans over re-authorizing the Export-Import Bank, which provides credit guarantees that help foreign buyers purchase U.S. exports such as Boeing airplanes and heavy equipment built by Caterpillar.

Many conservative Republicans, including House Financial Services Committee Chairman Jeb Hensarling, of Texas, oppose extending the bank. But Democrats and a host of business-friendly Republicans may have the upper hand.

GOP aides said it's likely that an interim deal would extend the bank's authority until perhaps early next year.

Also in play is a freeze that prevents state and local governments from taxing access to the Internet.

Under current law, the freeze expires Nov. 1, exposing Internet users to the same kind of connection fees that often show up on telephone bills. Legislation to extend the tax moratorium is expected to be attached to the must-do spending bill, according to senior House GOP aide.

The aide spoke on condition of anonymity to candidly discuss internal party deliberations.

Before Obama’s weekend statements, Republicans and Democrats were clamoring for legislation authorizing the president to use military force against Islamic State militants in Iraq and Syria.

Some lawmakers say the president already has the power to act under the 1973 War Powers Resolution and no new permission is necessary. Several Republicans say they are unwilling to grant Obama blanket authority without a detailed strategy from the administration.

Several lawmakers are pressing for new economic penalties against Russia in response to its aggressive moves in Ukraine, but it's doubtful Congress can move quickly on such a measure.

One certainty is the first open hearing of the special House committee investigating the 2012 attack on the U.S. diplomatic mission in Benghazi, Libya. The committee will hold a session the week of Sept. 14 to examine whether the State Department has put in place recommendations to improve security at U.S. embassies and diplomatic posts.

The issue that dominated lawmakers' attention in the final days before recess -- the crisis of unaccompanied Central American minors illegally crossing the U.S.-Mexico border -- has faded because the number of cases has dropped sharply in the hot summer months.

Congress never came to agreement on Obama's emergency spending request to deal with the matters, and there's unlikely to be an effort to revisit it.

With the list of must-do items so short, expect votes aimed at motivating each party's core supporters.

In a memo to Republican lawmakers last week, House Majority Leader Kevin McCarthy, R-Calif., outlined some politically motivated pieces of the GOP's September agenda, including votes on bills to promote energy production and ease taxes and regulations on businesses.

Reid planned a test vote Monday on a symbolic but futile attempt to amend the Constitution to give Congress the power to set stricter limits on campaign cash.

Reid said last month that he may force new votes on failed measures to raise the minimum wage, make college more affordable, and guarantee contraception coverage despite the Supreme Court's Hobby Lobby decision that said employers with religious objections could opt out of the new health care law's contraception mandate.