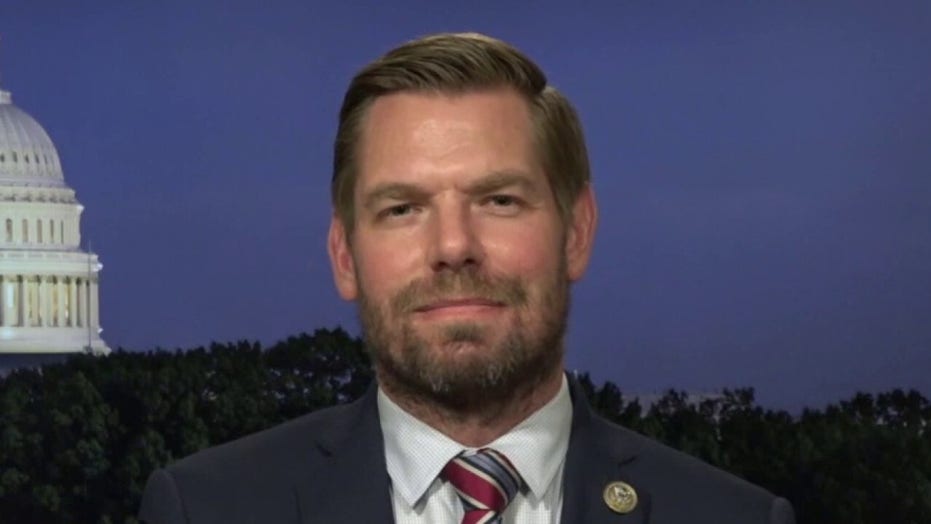 State and local governments are racing to spend millions in CARES Act funding before it reverts back to the federal government — and they're finding unexpected ways to use it, from "trunk-or-treating" in northeast Ohio to an experimental basic income program in St. Paul, Minn.

The CARES Act provides $139 billion in payments to states and local governments. Those payments have funded things like increased police budgets to offset coronavirus costs and rent and utility assistance for struggling residents.

However, blue states and Democratic mayors are also using the money for their pet causes.

Gov. Gretchen Whitmer addresses the state during a speech in Lansing, Mich., Wednesday, Aug. 5, 2020. (Michigan Office of the Governor via AP)

Democratic St. Paul Mayor Melvin Carter recently announced a guaranteed income program for low-income families using $300,000 in CARES Act money but has received pushback from a fellow Democrat. Earlier in September, Rep. Betty McCollum, D-Minn., wrote a letter to Carter expressing concern that the spending fell outside of federal guidelines and could be subject to recoupment by the U.S. Treasury.

"Without explicit federal approval, is the City prepared to take on costly litigation should the Trump administration challenge the legality of the pilot program?" McCollum wrote, according to the Twin Cities Pioneer Press.

The U.S. Treasury was not aware of any communications from the St. Paul mayor's office on the topic.

Sen. Rick Scott, R-Fla., has been critical of waste in the CARES Act.

"Senator Scott supports using CARES Act funding for its intended purpose to help those struggling due to the coronavirus," Scott's office told Fox News in a statement. "He does not support using funds intended for the coronavirus to bail out the poorly-managed budgets and pension plans of liberal states."

Tax and federal budget policy analyst Adam Michel of the conservative Heritage Foundation predicted that irresponsible use of federal funds could lead to higher taxes for residents, citing the federal support that state budgets received following the Great Recession.

"State and local bailouts create an incentive for state and local leaders to expand existing programs beyond sustainable levels, add new programs, and simultaneously underfund those programs in hopes of further federal support," Michel told Fox News. "After the Great Recession, 28 states built their budgets around the expectation that Congress would renew expired funding."

"When the federal money runs out, states have historically increased taxes; each dollar of federal grant money sent to states results in 40 cents of state and local tax increases," he continued.