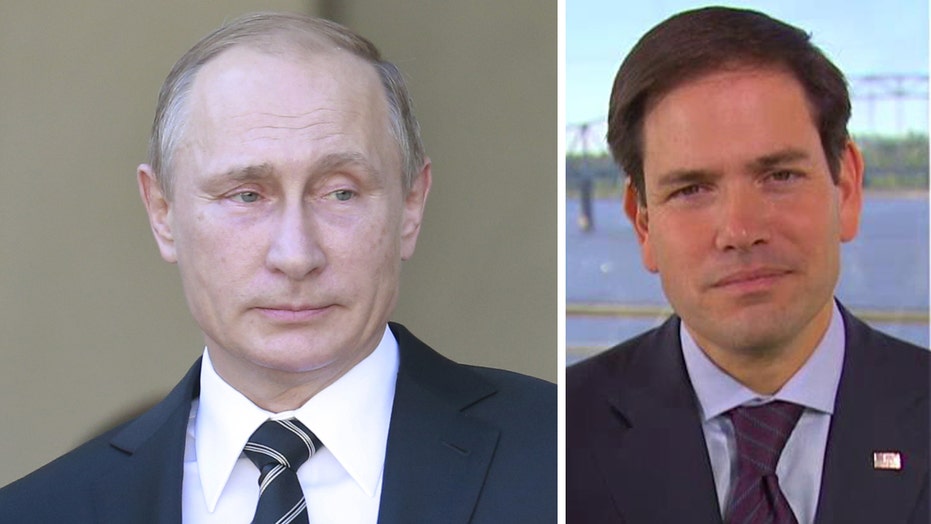 The Obama administration, scrambling to respond to Russia's air campaign over Syria and Iran's increased involvement, launched talks Thursday with Moscow military officials amid mounting confusion over the airstrike targets and criticism on Capitol Hill -- including one senator mocking the name of the so-called "deconfliction" talks.

"Unfortunately, it appears 'deconfliction' is merely an Orwellian euphemism for this Administration's acceptance of Russia's expanded role in Syria, and as a consequence, for Assad's continued brutalization of the Syrian people," Sen. John McCain, R-Ariz., said in a statement.

Russia claims it is targeting Islamic State militants with the strikes. But Defense Department officials say that doesn't appear to be the case.

"We don't believe that they struck ISIL targets, so that's a problem," military spokesman Col. Steve Warren, speaking from Baghdad, told reporters in a briefing on Thursday.

At the same time, Warren could not say exactly which groups Russia hit -- whether they were Al Qaeda-aligned terrorists or opposition forces aligned with the U.S.

"I don't have that information," he said.

Exactly which groups Russia is hitting is becoming a critical question, especially as human rights groups said their airstrikes targeted U.S.-backed rebels. Pentagon Press Secretary Peter Cook, asked at an afternoon briefing if he could rule out the possibility that U.S.-backed rebels were hit, answered: "I can't say that with certainty."

McCain issued a blistering statement criticizing the effort to offer Russia a role.

"It is simply incomprehensible that the Administration is taking such great pains to offer Russia a 'constructive' role in Syria, pretending that Russia has the slightest interest in anything other than propping up the murderous Assad regime," he said.

The purpose of the U.S.-Russia talks in part is to make sure Russian airstrikes don't conflict with ongoing coalition operations in Syria.

Lt. Gen. Robert Otto, the deputy chief of staff for intelligence and surveillance for the Air Force, said Thursday that even as the U.S. tries to do that, he does not believe there will be any real intelligence-sharing with Moscow.

"I have a low level of trust in the Russians. It's trust but verify," he said. "It's easy, then, to exchange factual data where you're going to operate. I would not envision a relationship where I would share some of my intelligence with them."

He said a key goal is to ensure that the aircraft don't run into each other.

He added that the Russians have been dropping `dumb bombs' -- munitions that are not precision-guided. And the use of such indiscriminate targeting, he said, could kill innocent civilians, which could have the unintended consequence of creating more terrorists than they kill.

Warren said any agreements reached in the Pentagon talks would be reflected in the U.S.-led coalition's air operations, which including daily strikes on Islamic State targets in both Syria and Iraq.

On Wednesday, Defense Secretary Ash Carter said the goals of the talks are "to facilitate the flow of information between coalition forces and Russian elements that will help us maintain the safety of our personnel in the region, which is critical; to ensure that any additional Russian actions do not interfere with our coalition's efforts to degrade and defeat ISIL, and to clarify that broader U.S. security commitments in the region remain unchanged."

Conducting the talks on the U.S. side are Elissa Slotkin, the acting assistant secretary of defense for international security affairs, and Vice Adm. Frank C. Pandolfe, the director of strategic plans and policy for the Joint Chiefs of Staff.

It was not immediately clear who was representing the Russians.