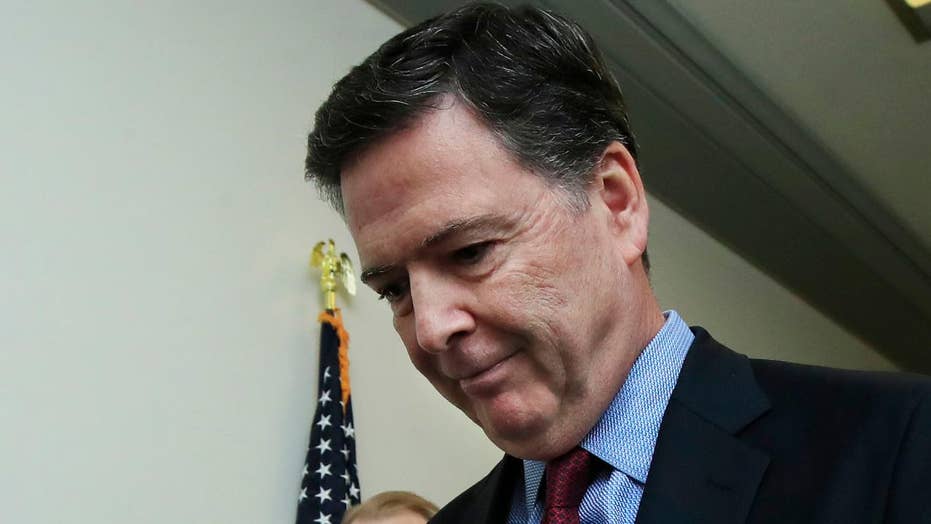 While much of the questioning Friday by House lawmakers concerned the genesis of the Russia probe now led by Special Counsel Robert Mueller, GOP lawmakers repeatedly returned to the Clinton investigation.

Comey mocked Republicans for that upon exiting the interview Friday, telling reporters, “We are talking again about Hillary Clinton’s emails for heaven’s sakes, so I’m not sure we need to do this at all,” while adding he answered questions out of “respect” for the institution.

Among those leading that line of questioning was House Oversight Committee Chairman Trey Gowdy, R-S.C. In one revealing moment, he pointedly asked Comey who made the decision in 2016 to allow Cheryl Mills and Heather Samuelson – Clinton’s lawyers and also her aides – to sit in on the FBI’s interview of the former secretary of state.

Comey said he thought the Justice Department did, without objection from the FBI. Gowdy noted they’ve interviewed some bureau officials who considered that “unusual,” considering Mills and Samuelson were “fact witnesses” allowed to be present during the interview of another, Clinton.

Comey agreed that the arrangement was “certainly unusual in that you had two people who had been witnesses, who were … the subject's lawyers, who after we cleared as to them were allowed to attend the interview.”

He also noted he couldn’t recall another time where such witnesses also served as counsel for a subject. Under further questioning from Gowdy, Comey explained that the bureau would normally avoid interviewing multiple fact-witnesses at the same time, “because you'd ideally like people not to know what others' stories are so they're not able to get their story together.”

Asked why this interview was handled differently, Comey said: “I don't remember for sure. I think a key factor was they were her lawyers, and so our ability to keep them from talking to each other was slim to none regardless and … we had finished our evaluation of them as potential subjects.”

At another point in the interview, Comey also agreed with a GOP lawmaker that it was unusual for then-Attorney General Loretta Lynch to meet in 2016 with Clinton’s spouse, former President Bill Clinton, amid the investigation.

Another portion of the transcript revealed additional details about the recent congressional interview of former top FBI lawyer James Baker.

Fox News previously reported Baker gave “explosive” closed-door testimony that, according to Republican lawmakers, detailed how the Russia probe was handled in an “abnormal fashion.”

While there was some internal debate among lawmakers as to what the transcript actually showed, Comey eventually said he would not use that term, saying instead that her conduct was “really sloppy.”

Comey, in his 2016 press conference meant to wrap up the case, famously called her personal email use as secretary of state “extremely careless,” though recommended against criminal charges.

Comey may still return for more closed-door testimony, as GOP lawmakers voiced frustration about not getting answers on certain subjects Friday. They have a limited amount of time to pursue their investigations, before Democrats take control of the House in January.