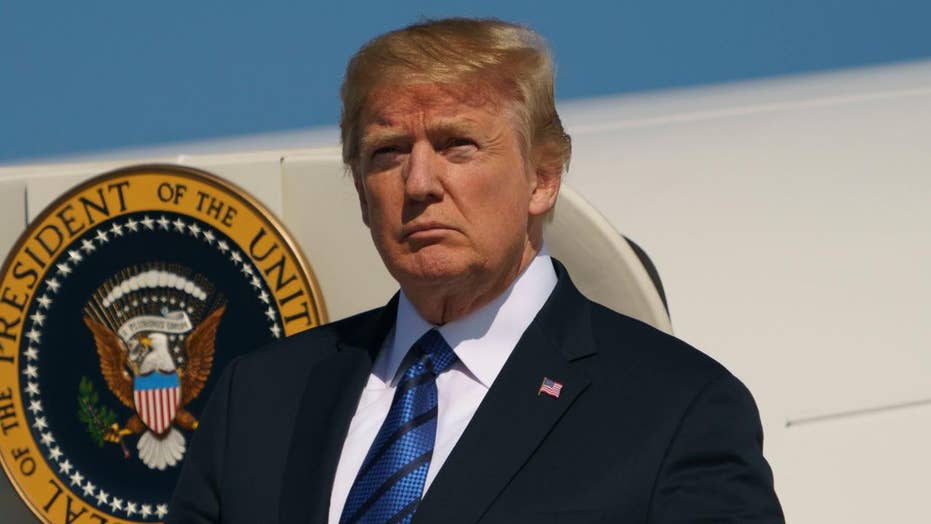 The tweet from the fired director came just hours after the White House floated the idea of revoking the security clearances of multiple former Obama-era officials, including Comey.

"Make a list of all the public figures in this country and around the world the current president has criticized," Comey tweeted to his followers, suggesting they do a "thought experiment."

"Ask yourself: 'Why is Putin missing from the list?'"

Trump, earlier Monday, wrote that he "got along very well" with Putin at their recent controversial summit in Helsinki, Finland, in which the two world leaders met privately. Trump was later greeted with bipartisan criticism of the meeting, foncusing on whether he'd been too deferential to the Russian leader.

Still, the president labeled their meeting "a good thing" and instead focused his criticism on the media's coverage. "When you hear the Fake News talking negatively about my meeting with President Putin, and all that I gave up, remember, I gave up NOTHING, we merely talked about future benefits for both countries."

White House Press Secretary Sarah Sanders said at Monday's press briefing that Trump is looking into invalidating former Obama officials security clearances, and accused them of having "politicized" or "monetized" their public service.

But Comey, according to friend Benjamin Wittes, doesn't have a security clearance to revoke. "Comey says he was 'read out' when he left government as per normal practice," Wittes tweeted.

"He even recently declined a temporary clearance from the IG to read the classified annex to the IG's recent report," Wittes continued. He said Comey "didn't want to see any classified material lest the president accuse him of leaking it."