Former FBI Director James Comey was recently questioned by the D.C. U.S. Attorney’s office as part of a probe into whether Andrew McCabe, his former deputy, committed a crime by lying to federal agents, a Thursday report claimed.

The Washington Post report indicated that McCabe, whom Attorney General Jeff Sessions fired earlier this year just days before he would have been eligible for a lifetime pension, could be charged criminally, according to a person familiar with the matter.

McCabe was fired after the Justice Department's watchdog said he lied to investigators reviewing the bureau’s probe of Hillary Clinton’s email server. Justice Department Inspector General Michael Horowitz said McCabe had not been forthcoming in regard to the handling of the FBI’s probe.

Horowitz said McCabe misled both investigators and Comey, multiple times, about a media disclosure authorization. Horowitz then passed those findings to the U.S. attorney’s office to decide if a criminal charge was necessary, although a referral doesn’t mean charges will be filed. 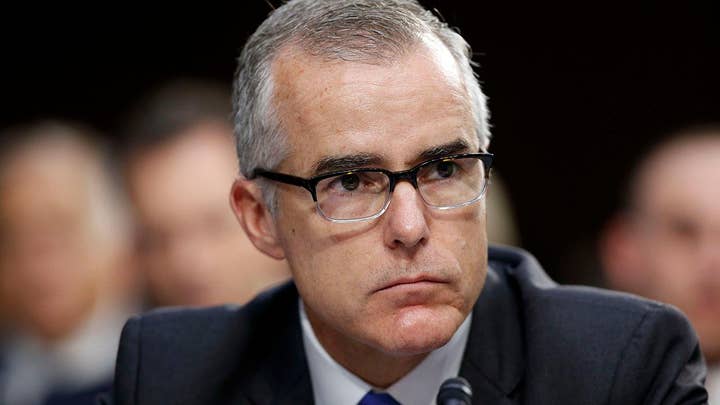 A five-year prison sentence could accompany a charge of lying to federal investigators. McCabe has said he didn’t intentionally mislead anyone.

"This attack on my credibility is one part of a larger effort not just to slander me personally, but to taint the FBI, law enforcement, and intelligence professionals more generally," McCabe said in a statement after he was fired.

"I like [McCabe] very much as a person, but sometimes even good people do things they shouldn’t do," Comey told "The Lead with Jake Tapper" on CNN in April. "I think it is accountability mechanisms working and they should work because it’s not acceptable in the FBI or the Justice Department for people to lack candor. It’s something we take really seriously."

Thursday's report followed a revelation earlier this week that McCabe had written a private memo detailing the circumstances leading to Comey's firing. A detailed report from the IG on the handling of the Clinton investigation, meantime, is expected within days.